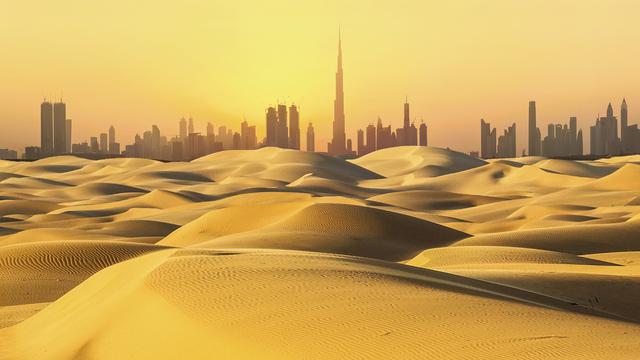 Only 12 days have elapsed since the Church announced the temporary closing of temples all around the world, yet to a temple-going people this feels like a stark era. Nevertheless, as President Russell M. Nelson stood to give his closing remarks during the Sunday afternoon session of the 190th Annual General Conference, he reminded the Church that though it may be an odd time to announce new temples, the temple and the covenants entered into there are still where we can draw power.

President Nelson said that though these times feel unprecedented, President Wilford Woodruff foresaw the types of conditions we would face in these latter days as he gave the dedicatory prayer of the Salt Lake Temple in 1893:

“When Thy people shall not have the opportunity of entering this holy house … and they are oppressed and in trouble, surrounded by difficulties … and shall turn their faces towards this Thy holy house and ask Thee for deliverance, for help, for Thy power to be extended in their behalf, we beseech Thee, to look down from Thy holy habitation in mercy … and listen to their cries. Or when the children of Thy people, in years to come, shall be separated, through any cause, from this place, … and they shall cry unto Thee from the depths of their affliction and sorrow to extend relief and deliverance to them, we humbly entreat Thee to … hearken to their cries, and grant unto them the blessings for which they ask.”

Florida is home to more than 150,000 Latter-day Saints and approximately 275 congregations. The state’s first official Church congregation was created in Jefferson County in 1897. By the early 1900’s there were more than 1,200 Church members in Florida. The Tallahassee Florida Temple will be the state’s third temple. The other two temples include the Orlando Florida Temple and the Fort Lauderdale Florida Temple.

Lubumbashi, Democratic Republic of the Congo

There is presently one temple in Pennsylvania, the Philadelphia Pennsylvania Temple. It was dedicated on September 18, 2016, by President Henry B. Eyring. Pennsylvania is home to more than 100,000 Latter-day Saints with more than 50 congregations. The Church has a rich heritage in Pennsylvania. Two years prior to the organization of the Church in 1830 in New York, Church president Joseph Smith moved to Harmony, Pennsylvania where he translated most of the Book of Mormon.

There are more than 175,000 Latter-day Saints in nearly 650 congregations in Nigeria. The Benin City temple is the third temple to be announced in Nigeria. The Aba Nigeria Temple was dedicated in 2005 and the Lagos temple was announced in a previous conference. The first Nigerians were officially baptized in 1978. Church membership rapidly increased thereafter.

The Dubai temple will be the first to be built by the Church in the Middle East and is built, according to President Nelson as a result of a “gracious invitation” which he gratefully acknowledged. It will serve thousands of Latter-day Saints living in two stakes in the Gulf States and a number of member districts in the Middle East, northern Africa, eastern Europe and western Asia.

The United Arab Emirates has been an example of tolerance and religious inclusion since the country was founded in 1971. The first self-standing Church meetinghouse in the Middle East was dedicated by Elder Jeffrey R. Holland in the emirate of Abu Dhabi in 2013. Today, there are more than 1,600 Latter-day Saints in the United Arab Emirates.

The new temple will be built in District 2020, the future legacy site of Expo 2020 Dubai, after that worldwide event concludes. The site will include both a meetinghouse and a temple. The meetinghouse is where Church members living in Dubai will meet for weekly worship services.

In making the announcement of a temple in Shanghai, China, President Nelson gave the following remarks. “Context for the plan for Shanghai is very important. For more than two decades, temple worthy members in the People’s Republic of China have attended the Hong Kong China Temple. But in July 2019, that temple was closed for long planned and much needed renovation. In Shanghai, a modest multipurpose meeting place will provide a way for Chinese members to continue to participate in ordinances of the temple—in the People’s Republic of China—for them and their ancestors,” he said.

President Nelson continued, “In every country, this Church teaches its members to honor, obey and sustain the law. We teach the importance of the family, of being good parents, and exemplary citizens. Because we respect the laws and regulations of the People’s Republic of China, the Church does not send proselyting missionaries there; nor will we do so now.”

He concluded, “Expatriate and Chinese congregations will continue to meet separately. The Church’s legal status there remains unchanged. In an initial phase of facility use, entry will be by appointment only. The Shanghai Temple will not be a temple for tourists from other countries.” Information about The Church of Jesus Christ of Latter-day Saints in the People’s Republic of China in English, Simplified Chinese characters, and Traditional Chinese characters can be found at china.churchofjesuschrist.org.

Our dear prophet is moving the work along in previously difficult areas. Credit is due to his and other leader's ability to work with these countries. This church is becoming truly worldwide. Joseph Smith's prophecy is being fulfilled during our lifetime. What a thrilling moment in the midst of this crisis.