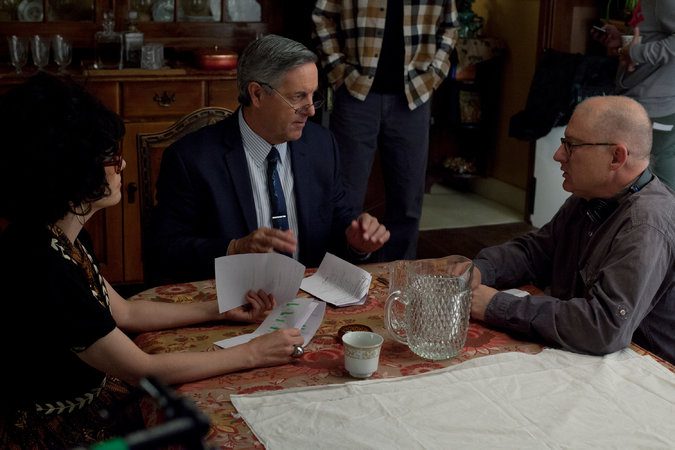 Pop Culture and Religious Sensibility on a Mormon TV Network

From “The New York Times”

Four years ago, Scott Swofford fielded a question from a colleague that was addressed to him as both a filmmaker and a Mormon. What would it take to make a Mormon television network watchable? Mr. Swofford flippantly answered, “About $350 million.”

…On an October afternoon four years later, Mr. Swofford, 58, sat in the producer’s chair of a former high school here that had been converted to a film studio. Its eight sets contained a virtual time capsule of 1963 America: Royal typewriter, portrait of John F. Kennedy, copies of The Saturday Evening Post. Cast members strolled past in the appropriately thin lapels and knee-length hemlines.

Mr. Swofford was overseeing an episode of “Granite Flats,” the television series that has, emphatically, made a Mormon television network watchable. As it prepares for a third season, this mixture of family drama, police procedural and Cold War suspense yarn has earned widespread critical praise and an audience of about 500,000 households per episode.

More to the Mormon point, “Granite Flats” has found the sweet spot where popular culture combines with a religious sensibility. While there is nothing explicitly Mormon in the plotline, characters or dialogue of “Granite Flats,” the show eschews profanity, nudity and severe violence, those staples of many of cable television’s most acclaimed shows. And it uses a language of faith-based values.