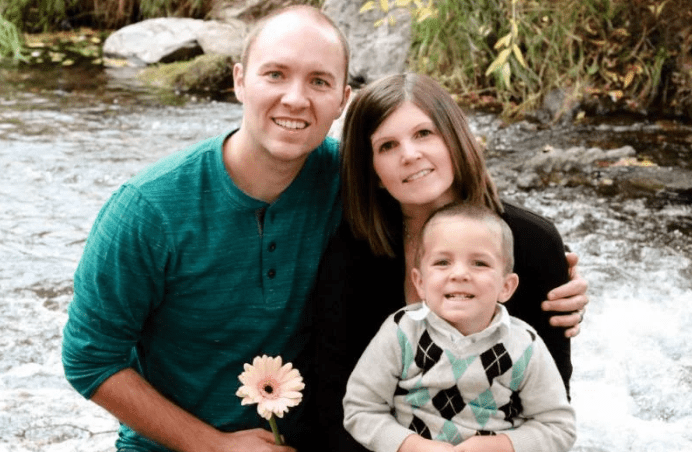 Jason and Clarissa Osborn, who were featured on BYUtv’s “Random Acts” as they were expecting quadruplets, recently lost all four babies less than a year after losing another baby daughter to a heart defect. In a recent interview with People, the couple told how despite their continuing ache and very real grief, they are finding ways to honor the memory of their lost little ones.

The following is excerpted from the interview:

After losing their second child, Shanna, to a congenital heart defect three months after she was born, Jason and Clarissa Osborn of Spanish Fork, Utah, were overjoyed six months later to learn that they were expecting quadruplet daughters with the help of infertility treatments.

Through baby showers put on by friends and family, they filled their home with four of everything: four bassinets, four high chairs, four strollers, four car seats and case after case of formula and diapers.

Then, on June 11 this summer, they were hit once again with heartache.

Clarissa, 28, went into labor in her 23rd week of pregnancy, requiring an emergency C-section. Kylie, Ellie, Savannah and Lexi, who were each born weighing less than one pound, all died within three days of each other.

“We were able to say goodbye to them all, and we were grateful for that,” Jason, 32, who works in human resources for Nestle, tells PEOPLE. “But after already losing one daughter, to lose another four was heart-wrenching. I kept thinking, ‘Why all four? Couldn’t just one have made it?’ It was extremely difficult to realize that none of them were coming home.”

“I knew that it would be emotionally hard to go home and see all of those baby things piled up,” adds Clarissa, a homemaker, with one son, Carter, 4. “So we arranged to have somebody come and get everything and donate it to families who have babies born with heart defects like Shanna, through a charity called Intermountain Healing Hearts. It was important to us to pay it forward somehow.”

To read the full article in People Magazine, click here.