Our Claim On Grace | Meridian Magazine 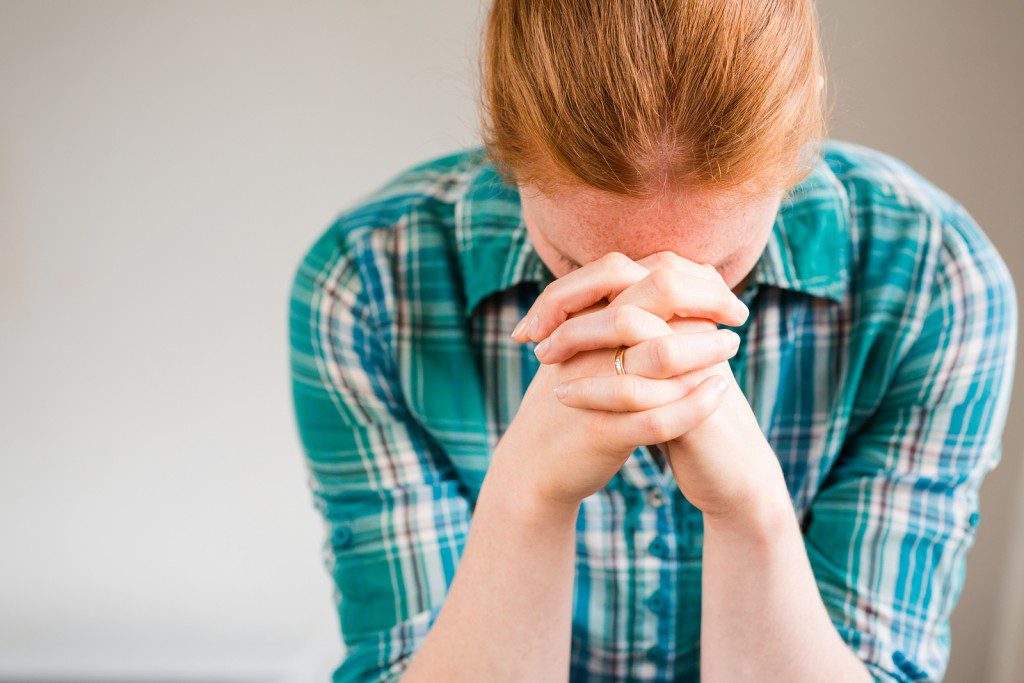 Our Claim On Grace

A few years ago a friend of mine named Dan went out for a late night run around 11:00 p.m. on a little used path out from his home in New Mexico.   Suddenly, there were several wild dogs that attacked him from nowhere, and began to bite him viciously! Being a strong man, he fought them off, but over time, it became apparent that their intent was to kill, and they were succeeding! The dogs bit him ferociously and forced him to the ground! There was no one around to help.

He began to plead, “Father, please help me! Help me get away from these dogs! I have kept the Word of Wisdom from my youth!” Almost instantly, the dogs stopped biting him, and instead began to lick the blood, which was all over him. During this little reprieve, he started to crawl towards civilization as the dogs were licking him. Amazingly, at that late hour, a man came down the path, and saw his plight. He was able to rescue Dan and save his life.

Because of his lifelong adherence to the Word of Wisdom, Dan had the amplified faith he needed at that moment to ask the Lord for a miracle.   It’s significant that the more obedient we are, the more confidence we have to ask the Lord for miraculous intervention and Grace.

In the Bible Dictionary it states that, “The object of prayer is not to change the will of God, but TO SECURE for ourselves and for others BLESSINGS THAT ARE MADE CONDITIONAL ON OUR ASKING for them.”

The Lord wants us to ask for blessings, In fact, he has asked us to ask. What are you not asking for that he wants to give you? What is your obedience level? Can you claim miracles with it?

When my children were small, we lived in a small community that had a crops-based economy. At that time, there was a terrible drought. Everyone in the community was affected by it. We had fasted and prayed as a Stake for rain, but after several months it continued to worsen! What else could we do?

My inspired Bishop told us he strongly felt that if we would focus on keeping the Sabbath day holy, in addition to our prayers, the rain would come. He told us we needed more power in our prayers. He gave us specific instructions on how he felt we could keep the Sabbath day more holy. This we all strictly observed for several weeks, and then we had a special fast for rain. I vividly remember that during that Fast Day meeting, we heard thunder, which was followed by a heavy rainstorm. That was an important object lesson for me on claiming Grace.

Strict obedience is a spiritual commodity that can be used to powerfully petition blessings that the Lord wants to give us.

When my sister married, my mother offered to host the wedding reception at their home. She looked at the carpet in her house, and was appalled at how bad it looked. She felt she needed to re-carpet several of the rooms, knowing that she would have lots of guests coming through the house. She also knew that with all the expense of the reception, she didn’t have the funds for it. The longer she thought about what she needed, the more justified she felt in asking for divine help. “Heavenly Father, We desperately need new carpet. I know we can’t afford it, but we have TWO MISSIONARY SONS that we are supporting right now. Will you please help us?” The answer was “Yes”.

She was filled with heightened spiritual confidence as she went looking for carpet. Within minutes, she discovered to her delight, that there was a blowout sale for just that day, and she was able to carpet the rooms at a fraction of the cost that she expected to pay.   She felt that she had received a miracle! Because of her sacrifices, and asking for the “conditional” blessings that the Lord wanted to give her, she was able to claim grace.

Years ago I had chronic fatigue and was very ill. I had three little boys, and because of my health, I felt like I couldn’t handle any more children.   My husband and I went to the temple to make that decision with the Lord.   In the temple my husband had a vision in which he saw me coming out of a soon–to-be-completed hospital in our town, carrying a new baby. Even though I was VEHEMENTLY opposed to having any more children, I was obedient to the counsel of the Lord, and we were soon anticipating a new member of our family.

When it was time to deliver this prophetic baby, I discovered to my dismay, that the new hospital wasn’t open for business yet. I had to deliver my baby girl in a DIFFERENT hospital than the one my husband “saw”.

After I realized that I needed to have ANOTHER child to fulfill the vision, I was quite distraught. I did NOT want to go through it again BUT, I was obedient! Less than two years later we had another little girl and I DID walk out of the new hospital with a baby, just as my husbands vision had prophesied. What a tremendous blessing this was for our family! This difficult sacrifice on my part has given me added faith and spiritual assurance to ask for many blessings throughout the years; blessings that I may have been too spiritually timid to ask for otherwise. In fact, last week I was put to the test:

Fire on the Mountain

Last week after a lightening strike on a mountain on our ranch, a fire started. When I found out, I just ran out the door in my knee shorts and water shoes to join my husband and cowboys in this mammoth effort to control the blaze.  When I arrived at the site, I was given an old piece of carpet to hit the flames with and a side of the mountain to be in charge of.

The mountain was treacherous because it was very steep and comprised of many sizes of rocks among the grass and plants. In my unsteady shoes I could hardly move without fear of spraining an ankle.   As I was throwing the carpet down to abate the ever-new flames, the smoke burned my eyes, and I felt so powerless! This was a formidable act of nature, and I was so unequipped to handle it. At this moment, the words came to my mind, “THIS IS AN OPPORTUNITY TO RECEIVE GRACE!”

I began praying for help. My bare legs were an invitation to become burned by the sparks that spewed out, and every little while, I felt them. I reminded the Lord of the sacrifices of faith that I had made over the years.   I pleaded for His help. I could FEEL His grace when the winds kicked up. I felt my abilities increase, and I was blessed with peace!   Long story short, the fire was put out; I hadn’t twisted an ankle, burned my legs or shoes. I wasn’t even sore – THAT was Grace!

What is Your Claim on Grace?

What is your claim on Grace? Obedience gives us personal power that we can draw from as we need help.   Even if it is simply, “I have been faithful since I repented.” OR, “I did what you asked me to do!” Obedience is powerful!

The Lord has said, “For if you keep my commandments …you shall receive grace for grace.” (D&C 93:20) So could this mean that as we GIVE GRACE (Sacrifice, service, obedience to commandments, etc.), we are empowered to RECEIVE GRACE in return?

Look deep into your life and think about the sacrifices and Grace you have yielded:

Could you use any ONE of these to save your life as Dan did?

Obedience is very freeing. It enables us to “look in the eyes of God” with confidence instead of trepidation. It increases our spiritual ability, and gives us added strength in our prayers to ask for and receive miracles.

Do you have the power to claim the grace that God wants you to receive?

Look deep at your sacrifices, and muster your faith. I bet you do!

But what do you say to the faithful husband with small children who prays for his wife with cancer to healed, and she dies anyway? Do you tell him he didn't have enough faith to be worthy to claim the grace of God? Even with the Priesthood, tragedy happens, and no matter how faithful we are, we are not always spared from it. I believe the grace of God can be claimed to find strength in the face of adversity, but not in always being saved from bad things happening.

I loved your article and related on so many levels. Our family and especially myself, have been the recipients of similar blessings, and so many more. I always considered it exercising faith and the Priesthood. I think most of us do not really understand grace. We are in the process of learning and understanding more about what His grace is really all about.