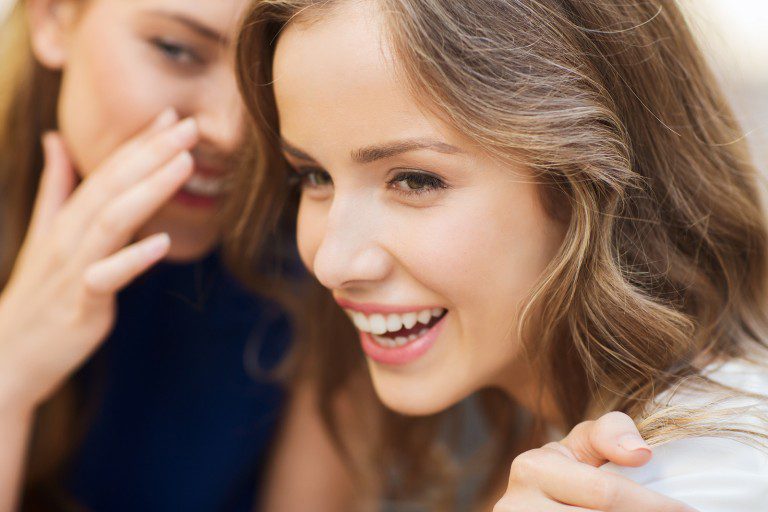 One Way to Stop Judging

A woman sat in the chapel of her new ward as Sacrament service began. It didn’t take long for the usual to happen. Over the last few weeks since she had moved there, she noticed that a couple would sit near the front with their unruly daughter and the little girl would create a scene. Often she would run up onto the stand, disrupting the meeting. Worse, her parents did little to rein her in, seemingly unaware of the disturbance the girl was causing.

Sometime later she was chatting with another sister in the ward and hinted that this couple could use some help learning to discipline their child. After all, this woman had several children herself, and had always taught them reverent behavior in church. They sat quietly on their bench and certainly knew not to run around.

“Oh, you haven’t heard,” the other sister said. “There was a fire, and they lost three of their children. They just haven’t been able to discipline her since.”

Moments like this remain in our hearts, as compassion fills our eyes with tears and we realize we’ve been judging without all the facts. We feel ashamed. We pray our apologies to God, and we vow never to rush to judgment again.

And, in fact, that is all we ever have, of anyone’s story but our own. Try as we might to understand the entire situation, we will never have the life experience of that other person. Even if they tell us of the hurts or abuse they’ve endured, the unfairness or even the sins they’ve committed, we cannot feel those events through their eyes and through their mental state. Five people can experience the exact same tragic event or shocking surprise, and all five will react differently to it. This is one reason why we have been told not to judge the actions of others, but to leave it to God. Only he knows their heart, the extenuating circumstances, the reasons why something seeming irrational (to us) might actually make sense if we fully understood the other person. And what looks like a terrible choice to us might be the very best that person can do. We simply have no idea.

I once watched a man estrange an entire group of people by bragging. You could see the listeners stiffen and finally edge away from him as he continued his obnoxious boasts. I was already standing some distance away, and noticed him shrug as he was finally left by himself. And I realized this poor man was trying desperately to gain acceptance—possibly something he’s never had—and his methods were completely backfiring. What if, instead, people had praised him and congratulated him? What if they had realized he was terribly needy and simply gave him a pat on the back? I think he might have ratcheted down his rhetoric and relaxed a bit. It’s worth a try and costs us nothing to be kind, to try to help someone who’s clearly suffering.

I experienced this at a playground once, with a bragging mom. Her toddler was so superior (according to her) that she seriously wondered how he was going to fit in at school with slower children (mine and everyone else’s). I felt like competing. I felt like putting her in her place. And then I saw her as the insecure young mother she was, and decided to go the other way. I agreed with her! I imagined myself as the proud aunt of this child, and looked for the same outstanding traits the mother saw. I actually felt love for that little boy. And the woman stopped bragging. You can’t very well argue with someone who’s agreeing with you, right? She simply dropped the wall of pretension, and by the end of the playtime was completely off her high horse, and fit in beautifully.

I’ve seen irritable people find a way to take a breath and almost restart their mood when someone reacts to them with genuine caring instead of bristling back at them. Even people who seem perpetually annoyed have a reason for that grumpiness. There’s something hurting inside and it needs to be addressed and resolved. If nothing else, they need to know someone loves them. It may be something they haven’t felt for years.

We’ve all heard the expression, “Be kind, for everyone you meet is fighting a battle you know nothing about.” When you meet that impatient clerk, pretend you know the back story. Maybe his father chewed him out this morning and told him he’ll never amount to anything. The unfriendly nurse? Maybe her husband is having an affair. The surly boss? Maybe his wife has a gambling problem, just blew the budget, and they had a huge fight. The rude old woman who shoved past you? Maybe she was just diagnosed with terminal cancer. The driver who nearly hit you? Maybe his daughter just lost a baby. The abusive parent? Maybe their own upbringing was even worse, and they have no idea how to cope.

The point is, we really can’t know. But our lives will be happier and the good we can do for others will be greater if we simply step back and assume there’s an explanation.

Let me clarify for a moment, that there’s also the “proper” kind of judging, such as Alma counseled Corianton to have when he said “judge righteously” (Alma 41:14). We need to make judgments of ideas, situations, and people throughout our lives—choosing friends, where to live, and so on. Elder Dallin H. Oaks spoke of these “intermediate judgments, which we are directed to make, but upon righteous principles.” (“Judge Not” and Judging, Ensign, Aug. 1999) Another example of this is when church leaders have to stand as judges in Israel.

But I’m talking about the kind of judging that falls into the fault-finding category. And let’s turn it around. Have you ever felt unfairly judged by someone who only had part of the story, or perhaps even believed falsehoods about you? Have you been sized up quickly and categorized? I think we all have.

Have you ever been the one on the road making a driving mistake because your mind was preoccupied with a family tragedy? Maybe it’s all you can do not to burst into tears. And don’t you hope others will cut you some slack because you’re just not yourself right now?

Life ebbs and flows. We all have hard days and times when we pray God will help us set things right again. And when we bump and jostle with those around us, we hope they’ll give us the benefit of the doubt.

The one thing we truly can know is that everyone needs to feel loved. Everyone feels a rush a gratitude for instantaneous forgiveness when we trip and fall. Sometimes it’s even unforgettable because it’s so rare. Let’s be the ones who extend compassion, especially when it’s tempting to do the exact opposite. Remember, more often than not, what we’re actually holding is only the elephant’s tail.

This should be applied in marriage too. We may become eternal partners but we don't know ALL about our spouse, issues they had, problems they faced or what else transpired in their life. Maybe being less judgmental would help to avoid fewer arguements and more peace in our home.

We all have our stories of when we made an unrighteous judgment. Once while serving on the high council of our stake I was assigned to attend a ward in our stake. I attended the Gospel Doctrine class and I was standing at the rear of a full classroom. The teacher asked a brother to say the closing prayer. He sat and gave the prayer. I thought how wrong for that brother to not stand while giving the prayer. However, when the crowd cleared I saw that he was in a wheelchair. I felt terrible, as I should have. I learned a valuable lesson that day. Too bad some of us have to learn by sad experiences of our own creation. Thanks, Sister Hilton.