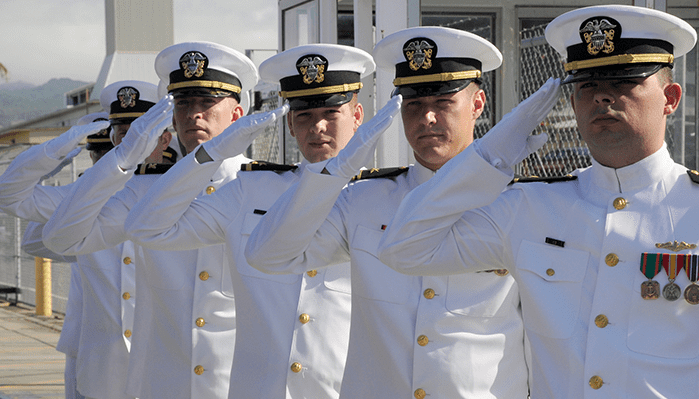 If there aren’t atheists in foxholes, why should we put them in the Chaplain Corps? Senator Roger Wicker (R-Miss.) can’t imagine. Like most leaders, he’s astounded that the Navy is even considering letting someone who doesn’t believe in God join the chaplaincy. Three years ago, the idea was so absurd that even Obama’s military attorneys went to court to stop it. Now, with Secretary Jim Mattis at the helm, no one can quite understand why the topic is even up for discussion.

The bizarre storyline started in 2015 when Jason Heap tried to sue his way into the chaplaincy. Not surprisingly, the Navy rejected him because he planned to associate with two humanist groups instead of an actual religious denomination. Ultimately, the military ended up in court defending the notion that religious leaders should serve a religious purpose. They won. But this year, Heap is trying again — and, according to Senator Wicker — the Chaplain Appointment and Retention Eligibility Advisory Group is actually recommending the Navy accept him.

Wicker, an Air Force veteran and member of the Senate Armed Services Committee, is doing everything he can to keep the application from moving forward. And he’s enlisted 22 other senators and 40-plus House members to help. In two separate letters to Navy Secretary Richard Spencer, both chambers explain how radically this would alter the Chaplain Corps. Obviously, the dozens of leaders explain, no one is saying that atheists don’t belong in the military. But allowing them to serve and allowing them in the pulpit are two different things.

“The Navy has sufficient authority to create programs for humanist or atheist service members,” the senators write. “The Chaplain Corps is not the appropriate place. The Chaplain Corps serves religious needs, not philosophical preferences. Approving a secular-humanist chaplain would open the door to other applicants representing other philosophical worldviews. Over time, this situation would erode the distinct religious function of the Chaplain Corps.”

The idea is even more ridiculous when you consider that barely three percent of our service members even identify as atheist or humanist. To fling open the chaplaincy to any ideology or philosophy would fundamentally change an institution that’s older than the country itself! Not to mention, the House letter reminds the Navy, that “The Department of Defense’s own guidelines also reinforce the uniquely religious purpose of the chaplain corps, defining ‘religious organization’ as ‘an entity that is organized and functions primarily to perform religious ministries to a non-military lay constituency’ and defining a religious ministry professional as ‘an individual endorsed to represent a religious organization and to conduct its religious observances or ceremonies.’”

Throughout the years, the Supreme Court has been clear, the House members go on, that “non-religious beliefs may not rely on the Religion Clauses for protection.” Groups like the American Humanist Association, who helped hatched this crazy idea, argue that nonbelievers suffer the same fear and pain that affects every service member. But isn’t that why the military has psychologists? And, as Rep. Doug Collins (R-Ga.), a reserve Air Force chaplain, pointed out, nothing is stopping atheists from visiting the chaplains who are already available.

“No one is arguing that atheists do not have the same First Amendment rights of free expression as their neighbors of Christian, Jewish, Muslim or other faiths,” Wicker explains in a new op-ed on Fox News. “This is not the subject of scrutiny. The central question here is how an atheist chaplain can be expected to fulfill a role that, by its very nature, is supposed to serve the religious needs of our service members.” By definition, a chaplain’s duties are to offer prayer, spiritual counseling, and religious instruction. If that doesn’t disqualify a non-believer, I’m not sure what would!

The Trump administration inherited plenty of messes from the Obama military — but this isn’t one of them. It’s time for Secretary Mattis to step in and protect the integrity of chaplaincy.

The Supreme Court has already ruled that many religions do not have a god. Secular Humanism is a RECOGNIZED religion. The prophets have repeatedly declared that Socialism is a counterfeit religion made by Satan. A counterfeit religion is still a religion by law. I don't see how the military can say that such philosophies are not religions since the SCOTUS has clearly stated that they are religions. This would actually help LDS and other Christians to fight against programs that establish the civic religion of Socialism and Atheism. An RFRA claim (the RFRA was FULLY supported by the Church leaders) could stop many intrusive and even evil government programs. I, for one, hope that the military does this. It will be one more nail in the Socialist's coffin.