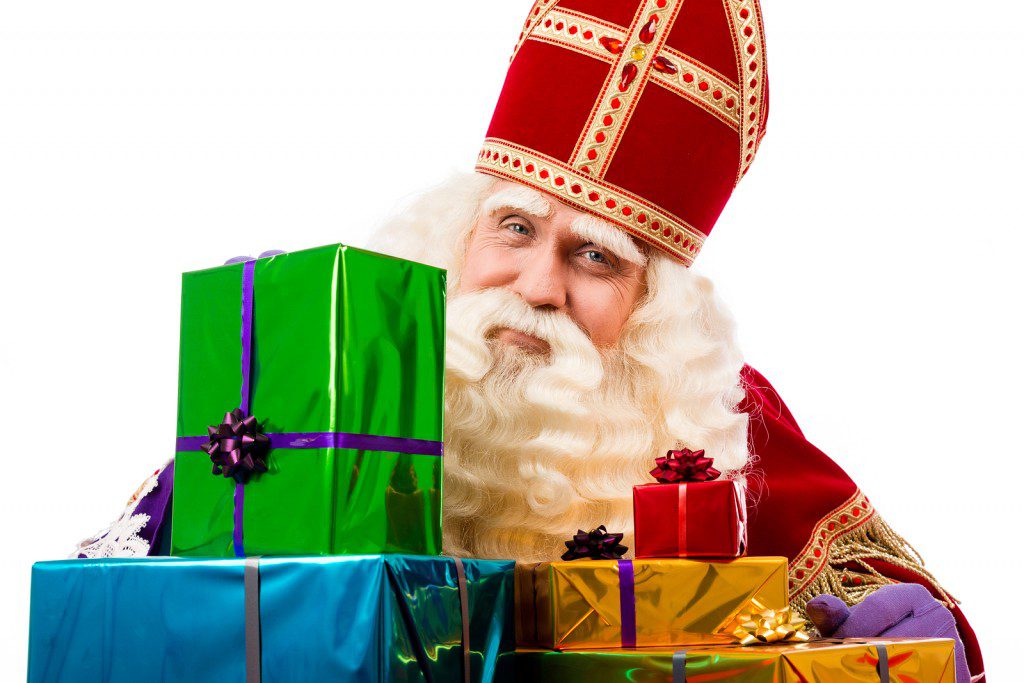 Many a Christmas is the “most wonderful” but few have been truly unforgettable for me. In fact, the rest are a blur except for this one.

As an Air Force brat I lived in Germany in the early 1950’s. I attended 1st and 2nd grades at the American grade school in Frankfurt. The first year we were all excited that St. Nicholas was going to visit each class where he was going to call out each child’s name and then give the child a special Christmas present. How excited we were.

In the 1950’s I recall little of Santa Claus but certainly knew who St. Nicholas was. The very traditional St. Nicholas was tall, thin with flowing dark red robes, long red stocking cap that flopped down toward his shoulder, and long salt and pepper beard; when he entered our class room, we shrank back in awe. Without much gaiety he strode down the center aisle to the front of the class. In a booming voice he wished us all a wonderful Christmas and then said with his distinctive German accent, “Now, for my list.”

He pulled out a thick scroll and found our class listing. As he read each name, he would bark out, “Sally Adams. Have you been a good girl this year?” Petrified, Sally would blurt out, “Yes” and St. Nicholas (NOT St. Nick) would invite Sally to the front and give her a small gift out of his enormous red velvet pack. One by one he called out our name like we were on death row.

Then he came to Stan Crutchfeld, or at least that’s the name I recall. He was a memorable boy for he was a particularly odious little rascal who bullied and pushed his way around.

“Stanley J. Crutchfeld,” St. Nicholas blared. Stan went white. “Have you been a good boy this year?” Stan sat motionless next to me as if rigor mortise had just sat in. “Well…. come up Stanley. Now.” Stan still said nothing, but when “now” was pronounced, he jumped to attention.

St. Nicholas eyed him with deep set eyes, and a scowling countenance until Stan finally arrived before him. In his deep voice with a German accent he stated, “Stanley J. Crutchfeld has not been a good boy, has he?”

Stanley shook his head slowly from side to side, guilty as could be.

“Turn around,” grizzled St. Nicholas in a deep voice.

With fear ablaze in his eyes he faced his classmates; those he’d often tormented. St. Nicholas took a switch out of his bag, and whacked Stanley across the buttocks. Twice. He then handed Stanley a lump of coal. Stanley cried as he went back to his desk.

Suddenly three other boys and one girl started to bawl. They had vividly recalled their obnoxious behavior and knew what was about to happen.

And it did. All four got a switching and a lump of coal followed by a plethora of tears.

I expected our American teacher, Mrs. Hogue, to be horrified, but she stood in the back nodding approval with a self-satisfied smile upon her face.

The following year, no one looked forward to St. Nicholas’s visit. But he did return. The same German fellow. We knew St. Nicholas was real. Very real. Stanley was in my 2nd grade class as well and turned to me and said, “I’ve been really good this year, haven’t I? You’ll speak up for me, won’t you?”

I told him I would because he had been very good. We’d even become friends. The other children who’d been switched had also changed their ways. Miss Figg our 2nd Grade Florence Nightengale-of-a-teacher said we were the best class she’d ever had. St. Nicholas agreed.

Everyone got presents that year. We deserved them. I got a nice piece of German chocolate as did Stanley. We agreed chocolate never tasted so good.

Santa has changed, but I’m not convinced for the better. Certainly he fits our politically correct, feel-good, everything is beautiful, wrong is right/right is wrong society. Somehow I suspect Stanley and four other children are telling this same story to their grandchildren with a note of irony when they say, Merry Christmas to all…zat is an order!

Would that we could all repent so willingly! Loved it!