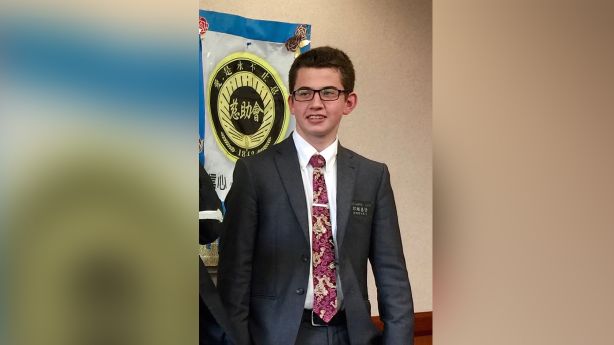 TAICHUNG, Taiwan — The Church of Jesus Christ of Latter-day Saints confirmed Tuesday that a missionary serving in Taichung, Taiwan, was killed in a bicycle accident.

North Ogden resident David Smith Hampton, 18, was hit by a car while riding his bike and died later at an area hospital from his injuries Tuesday, according to LDS Church spokesman Eric Hawkins.

“Our hearts are saddened as we share the news of the death of one of our young missionaries. … Our prayers are with his family and loved ones as we join with them in mourning his death,” Hawkins said in a statement.

His mother, Cyndi Hampton, told KSL that serving a mission was her son’s only goal.

Elder Hampton went on his mission in December 2015. He is from the North Ogden, Utah Coldwater Stake.

Reading about this young missionary and his family that lost his life serving the Lord brought a tear to my eye. I have had three sons go on missions and return. However, I do remember each time I dropped them off at the MTC or on the plane to leave on their missions, that he and us as parents were giving all we had, our son, to the Lord. I always knew that it was possible that something could happen and we could lose them. All three of my sons, experienced dangerous things, yet they were spared. One had a 9.0 earthquake, one a gang member shot a gun pointblank right at him and some how missed, and one lived through a terrible typhoon, luckily they were all protected. I was told my sons to watch, be careful, and use good judgement to stay save. I always know come what may that everything would be okay. My prayers are with this Elders family, my the Holy Ghost's sweet spirit bless and comfort ya'll that your sons okay in the Lord's care, and that everything is going to be alright. God Bless Ya'll.

My heart grieves for this wonderful family. Their faith and courage is outstanding!