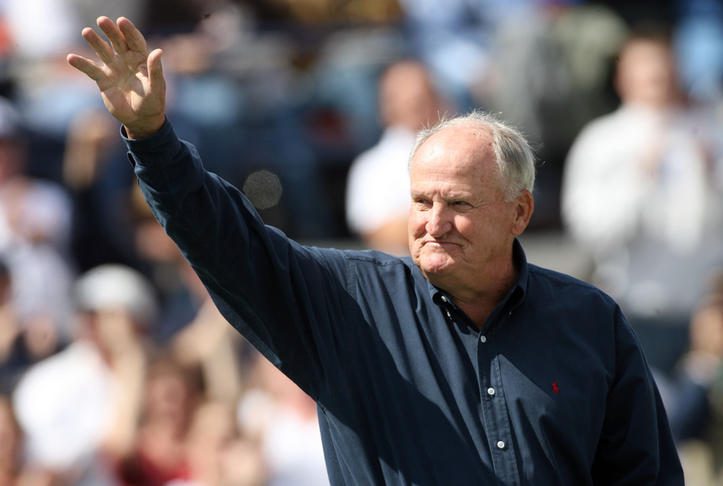 Legendary BYU Football coach LaVell Edwards passed away this week after complications due to a hip injury sustained on Christmas Eve. He was 86 years old. Everyone from ESPN to the New York Times are celebrating his life and mourning his death. Below is a sampling of those articles:

LaVell Edwards finally served a Mormon mission when he was 72 years old. While there, he ended up building something. He couldn’t help it.

Normally, heading off on a mission is an activity reserved for the young. During his 29 seasons as the head football coach at Brigham Young University, the unofficial epicenter of the Mormon world, Edwards had perpetually juggled his depth charts to accommodate the mission trips of his players. But while he was busy doing that, not to mention winning 257 games, there had never been time to do a mission of his own.

After retiring at the end of the 2000 season, a year that ended with his being carried off the field by his players following a defeat of archrival Utah, he and Patti, his wife of six decades, finally got the call. In 2002, they headed to New York for an 18-month public affairs assignment. 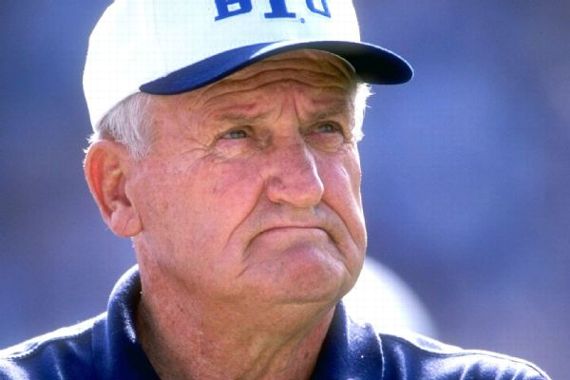 “I had no plans to do anything with football. I had promised Patti that football was done and we were really enjoying our work there in New York,” Edwards recalled in a 2008 interview with ESPN The Magazine.

A group trying to revive high school football in Harlem, which hadn’t had a team since before LaVell and Patti were married, caught wind that Edwards was in town. Part of his assignments included teaching a youngster on the fledgling team. They asked for the legend’s help. “Next thing you know, there I am back on the sideline, in the middle of Harlem, coaching football again. I loved it. I loved teaching the game to kids and using football to teach them how to be better people…”

To read the full article on ESPN, click here. 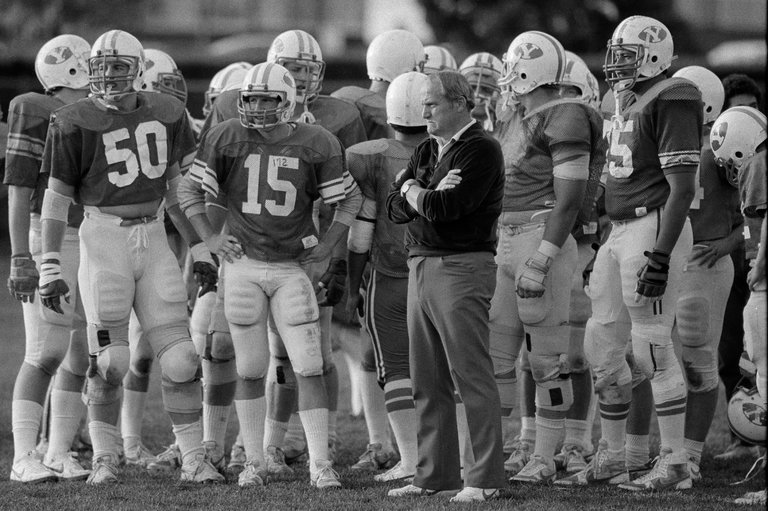 LaVell Edwards, who took over a perennially lackluster Brigham Young University football program in 1972, orchestrated a string of winning seasons with innovative passing attacks run by All-American quarterbacks and coached the Cougars to the 1984 national championship, died on Thursday at his home in Provo, Utah. He was 86.

His death was announced by the university. His wife, Patti, told The Daily Herald of Provo that the cause was complications of a broken hip he sustained on Christmas Eve.

Edwards was Brigham Young’s defensive coordinator before he was named head coach, so he seemed unlikely to create an imaginative offensive scheme.

But he did just that in his 29 head-coaching seasons at Brigham Young, bringing it to football prominence, although the university, founded and supported by the Mormon Church, placed education and adherence to a strict moral code above big-time athletics.

“There were a lot of people who thought that the church and football shouldn’t mix,” Edwards told The New York Times in November 1984, when his Cougars were headed toward an unbeaten season and a No. 1 national ranking.

Unable to compete for blue-chip high school players, Edwards relied on athletes who could be molded in a system that emphasized timing plays. He replaced B.Y.U.’s traditional running game with an offense featuring short and intermediate throws with as many as five potential receivers on the field at the same time. It was essentially ball control through the air, involving quick-release passes that could be used against any kind of defense.

LaVell Edwards often wore a scowl on the sidelines when he was the BYU football coach.

But what followed was one of the greatest comebacks in college football history.

“I was in a trance,” said Edwards, describing what he witnessed as the Cougars scored two touchdowns, then blocked a punt to get the ball back with 13 seconds left.