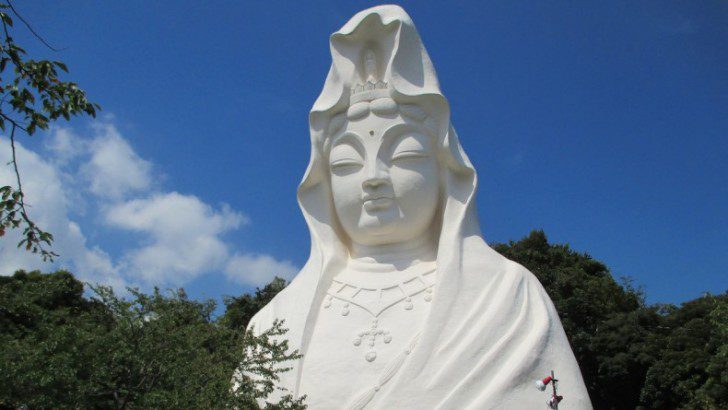 Looking for the Lost Grave of a WWII Soldier

He died in a prisoner of war camp in Japan. The last word his family received about him came from the War Department; the B-24 he was the bombardier for, had been shot down over Saipan while flying cover for a crippled plane. Ernie Peschau was MIA, Missing in Action, presumed dead. For his family, like so many families in the 1940s, closure wasn’t an option.

In 1998 on Memorial Day, I stood in the rain at the Ofunu railroad station just outside of Yokohama, Japan. I’d always heard how Japanese were polite and many spoke English, but it’s often unwise to rely upon conventional wisdom. While they were polite, few spoke English, and my Japanese was non-existent.

So I stood in the rain watching the Japanese world go by. Then I spotted a middle aged man with a child. I asked him if he spoke English and he said he did a little. I hoped to find the prison camp and Ernie Peschau’s grave.

The gentleman said he didn’t know of the camp and was surprised to hear that there might have been one here. He’d been raised in Ofunu and the subject had never come up. World War II isn’t a popular subject. He also couldn’t imagine such a thing being so near Tokyo. I assured him it was and he apologized for not knowing. I thanked him and went about trying to find someone in their sixties who might have lived here as a child during the war.

A little while later as I was asking more people if they spoke English, the gentleman came running up, out of breath. He told me his wife had just arrived, and she thought she had heard of it. He invited me to come with them and find the spot.

Her English name was Lucy and his, Guy. With charm she spoke better English than he did. She asked if I knew details about the camp. I could also tell from Lucy’s manner and questions, she really wanted to know why I would want to find a prisoner of war camp.

I explained that my father, the pilot of that B-24 had been a prisoner in Ofunu during World War II. They both were very quiet and apologized for his suffering. If they could have disappeared in that moment, they would have. I quickly told them my father loved the Japanese people. They were more than shocked.

Yes, I explained, he understood the difference between the political events and the people. It was the guards who were brutal. I told them of the days by the wire fence of the camp where the local people had come up to bow to them and offer greetings. Despite their homes being fire bombed nightly by the B-25s and B-49s, they went about their business the next day and part of that business was being hospitable to the American POW’s.

My father related many stories of kindness as well as stories of shock of how the guards often ran outside of the fence and beat the villagers for their kindness. Still, the villagers returned.

That made Guy and Lucy smile and say that during war much could not be understood.

I then took out my father’s book and read some of the descriptions of the area around the camp. A smile emerged on Lucy’s face and she quietly nodded and said she knew exactly where the camp had been and drove to the spot.

Just as my father had described, a hill suddenly rose up, covered with a dense forest. In the middle was a Buddhist temple, the same one my father had seen from his camp. I told Lucy and Guy that while I wanted to see where my father had lived for 15 months, I also wanted to find the grave of Ernest F. Peschau.

Despite serious internal injuries from the crash, agonizing days with four men on a three man life raft adrift in the Pacific Ocean, torture on Saipan, the flight to Tokyo and the starvation in the Ofunu camp, Ernie somehow managed to survive … until one day it was all too much and he died. As was the custom, the Japanese cremated his body. My father wanted Ernie to have a proper burial. As commanding officer it was his duty to see to the service, so he bribed the guards to take him to the Buddhist temple where they might have some burial area amongst the trees.

A young Japanese girl met them and said she had a sacred spot up the hill. Loren had met her before along the prison fence line and had snuck bits of food to the starving girl. Together the funeral party wound their way through the thick forest to the little burial spot. There they spoke their tender words and buried the remains of Ernest F. Peschau, a brave fellow who died for his county.

Dad said he thanked the young lady and wanted to give her a gift, although he had nothing much to give. He offered her some items, but she refused and said it was but her duty to care for them.

So I was there some 52 years later to find the grave that the Peschau family knew nothing of.  Lucy went inside to see if someone there knew of a grave site on a hill. She returned with an older gentleman and an older lady, both dressed in traditional Japanese clothing. They bowed and said they remembered the prison camp and offered their apologies. I assured them none were needed. The gentleman said he remembered a burial spot, but was too old to hike the hill. The quiet old lady said she would take us there; that she remembered it clearly.

We wove our way through the formal gardens into the forest and up the hill. Soon we arrived at the little clearing where some stone markers stood and about twenty, five-foot high wooden stakes leaned up against trees. Each stake was about three inches wide and ornately carved at the top with Japanese characters gracing the face of the stake.

She asked the name of the soldier and I told her. One by one we read the stakes. Finally, we read, Ernest F. Peschau. I’d found his grave.

The old lady said his name over and over. In broken English she asked, “Was your father named, Loren?” Shocked, I said it was.

She smiled. “I remember Loren. He was most kind and gentle. He offered me gifts for helping him bury this young man.” It was the young lady. She smiled, “How is your father?”

Fast forward to Memorial Day, 2015. I quietly pondered the family who had no idea where their son, brother or grandson lay. I’d tried Google and war records to find the family. I wondered if the virtual world of Facebook could be of service. I had a strong sense that I should post this story and ask people to repost it in hopes that someone might know the family. The next day or so after posting on Facebook, I received an email from the husband of my cousin. He asked for the rights to republish the story in their Minnesota newspaper that had online coverage as well.

A few days after publication, he let me know the family of Ernie Peschau had contacted him and given him their phone number. I gave that number to my mother, Helen Joe Stoddard, and she called them and was able to have an extensive conversation. She let them know of the stories Dad had written about Ernie, of his great service and expertise as a bombardier, his heroism during and after the crash and the tender moments before his passing. She told them where he was buried and had other words of comfort.

Closure and peace finally came in that conversation after years of silent mourning.

If only we could learn the lesson that even though we have differences the spirit of God influences us all, unless we succumb to the promptings of the adversary. A great statesman and president who was involved in a Civil War made a statement that we could all do well to adopt. "Entre los individuos como entre las naciones, al respeto al derecho ajeno es la paz". Benito Juarez. This means that among individuals as among nations, the respect for the rights of our fellow man is peace. I remember right after the bombing of the twin towers at a devotional held in the tabernacle the sister giving the opening prayer prayed that the healing blessings of the temple would soon be available to those countries involved. Loving our friends is easy. Loving our enemies and those who despitefully use us, as Jesus commanded, is difficult, but as we see from this very touching story, not impossible.