Lessons from the Founding of America: Forgiveness in a Fiercely Partisan Era | Meridian Magazine 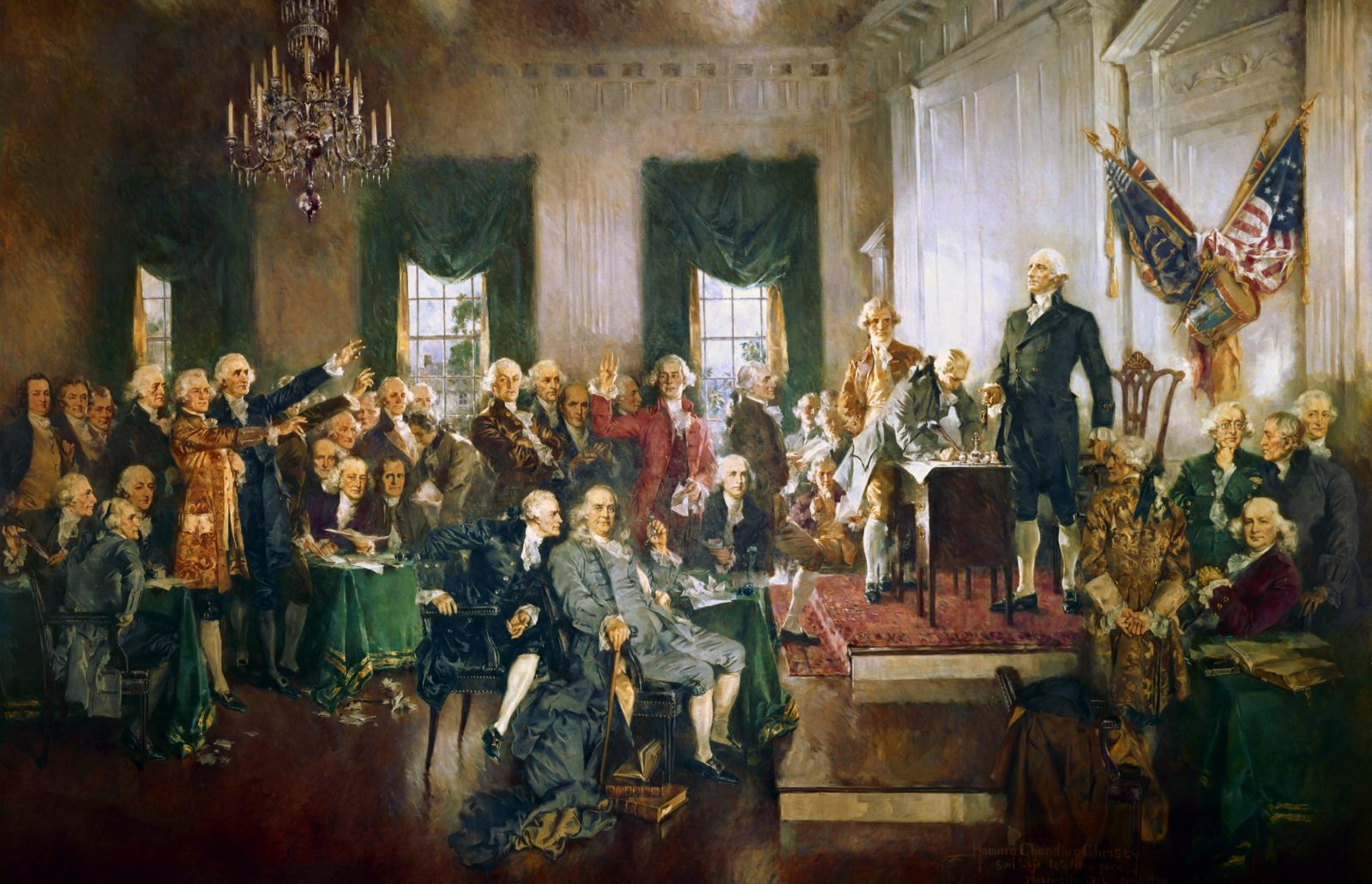 Lessons from the Founding of America: Forgiveness in a Fiercely Partisan Era

Cover image: “Scene at the Signing of the Constitution of the United States” by Howard Chandler Christy.

A speaker addressed the topic of forgiveness during a recent Sacrament Meeting. He told the story of his father, a German immigrant to America, prior to the Second World War. The speaker’s grandfather took a job cleaning castings. It was the dirtiest work in the foundry. He was a piece worker and took his sons to work with him, to help provide for their family.

They rushed home one evening each week – the evening when Priesthood meeting was scheduled. They cleaned up as best they could, but they were still dirty. Worse yet, the father was from Germany, and his sons were twice-tainted, by the dirty work in the foundry and for being of German descent. Father and sons paid a heavy price – they were ostracized and sometimes beaten by others, who proclaimed their superiority over those dirty Germans. Through it all, father and sons were ever-forgiving. They were the best of what it means to be an American.

My mind turned to an experience in my own family. A generation ago, two sisters, who loved each other dearly, as only sisters can, fell prey to partisan political differences. One sister refused to speak with the other sister. Where love once prevailed, anger and bitterness reigned. They died without mending their differences. As one who loved both sisters, my heart breaks at the thought of that senseless un-mended breaking of the bonds of love that once characterized a tender, goodly and godly, relationship.

Today, most Americans agree that partisanship is becoming so intense that it threatens the United States and the world. Such partisanship is hardly new. Latter-day Saints refer to Satan as the Adversary. That is unsurprising, given that the Hebrew definition of “adversary” is “Satan.” Any adversary seeks to sow seeds of hatred against his enemies, those whom he seeks to destroy. One way this can be done is by converting healthy forms of partisanship into bitter divisiveness, often based on political differences.

Past is prologue, a type for the present. There are lessons that can be learned from the founding era that will help us through the present tumultuous times.

After President Washington finished his second term in office, partisanship reached a fevered pitch. John Adams and Thomas Jefferson campaigned, through surrogates, for the honor of serving as the second President of the United States. The campaign of 1796 was exceedingly bitter, with vicious attacks directed by a highly partisan press. Adams won, but those who opposed his presidency intensified their attacks. Adams and the Federalist Congress responded by passing the Alien and Sedition Acts to end seditious expression.

Thomas Jefferson and James Madison responded to the Sedition Act by authoring resolutions that opposed efforts to regulate the press and political expression. In 1800, Jefferson faced off against then-President Adams in another vicious campaign and won.

As the opposition party out of power, the Federalists increased their attacks on Jefferson after he assumed the mantle of the presidency. In 1804, that press vehemence fueled an ugly campaign against Jefferson. Despite those attacks, Jefferson was re-elected.

In his second inaugural address, Jefferson inquired, “whether freedom of discussion, unaided by power, is not sufficient for the propagation and protection of truth.” He answered, “The experiment has been tried . . . our fellow citizens have looked on, cool and collected; they saw the latent source from which these outrages proceeded; they gathered around their public functionaries, and when the constitution called them to the decision by suffrage, they pronounced their verdict.” Jefferson and truth were victorious.

Partisanship reached a crescendo during the election of 1812. The nation was at war. James Madison was serving as the fourth President of the United States. During the campaign, the vilest of things were said about his wife, Dolley, and threats were issued, in the press, against his life. Even as the British were burning Washington, and the President’s House, Madison stayed his hand, trusting that the truth would survive. It did, issuing in “The Era of Good Feelings.”

The story has an even happier ending. Foes became friends. John Adams, a Federalist, declared Madison, a Democratic-Republican, to be the greatest of the first four Presidents for his allegiance to the Constitution and liberty, during wartime, a war that became known as The Second War for Independence. Jefferson and Adams, always patriots, also renewed their friendship. They died on the same day, July 4, 1826.

Was all this a coincidence? I think not. It is a profound type for our times.

Rodney K. Smith, Director, Center for Constitutional Studies, Utah Valley University, is writing a book. Conscience and the Constitution: The Life and Time of James Madison.

Excellent piece! I recently read the biographies of both Thomas Jefferson and John Adams, and I believe it’s possible that the political bitterness in their time exceeded ours. In the election of 1800, Adams was ridiculed as “old, addled, and toothless.” He was accused of being a monarchist, of ordering mistresses from London, and of being insane. To listen to others, Jefferson was an atheist libertine, a hopeless visionary, more French than American, who had swindled clients as a lawyer. “In New England, word went out that family Bibles would have to be hidden away . . . were he elected.” I would hope that we, as Latter-day Saints, would be above that sort of calumny. The scriptural admonition is that leaders should be “honored in their station” (D&C 134:6). In the current climate where most of the media is obsessed with bitterness toward our president, it troubles me that we have LDS politicians piling on. I do not believe that is in keeping with gospel principles. If we disagree, we can voice those disagreements, but to give comfort those spewing hate against him I think is wrong.