Lessons for our Times: The Framers of the Constitution and the Concurrent Virtues of Fallibility and Partisanship | Meridian Magazine 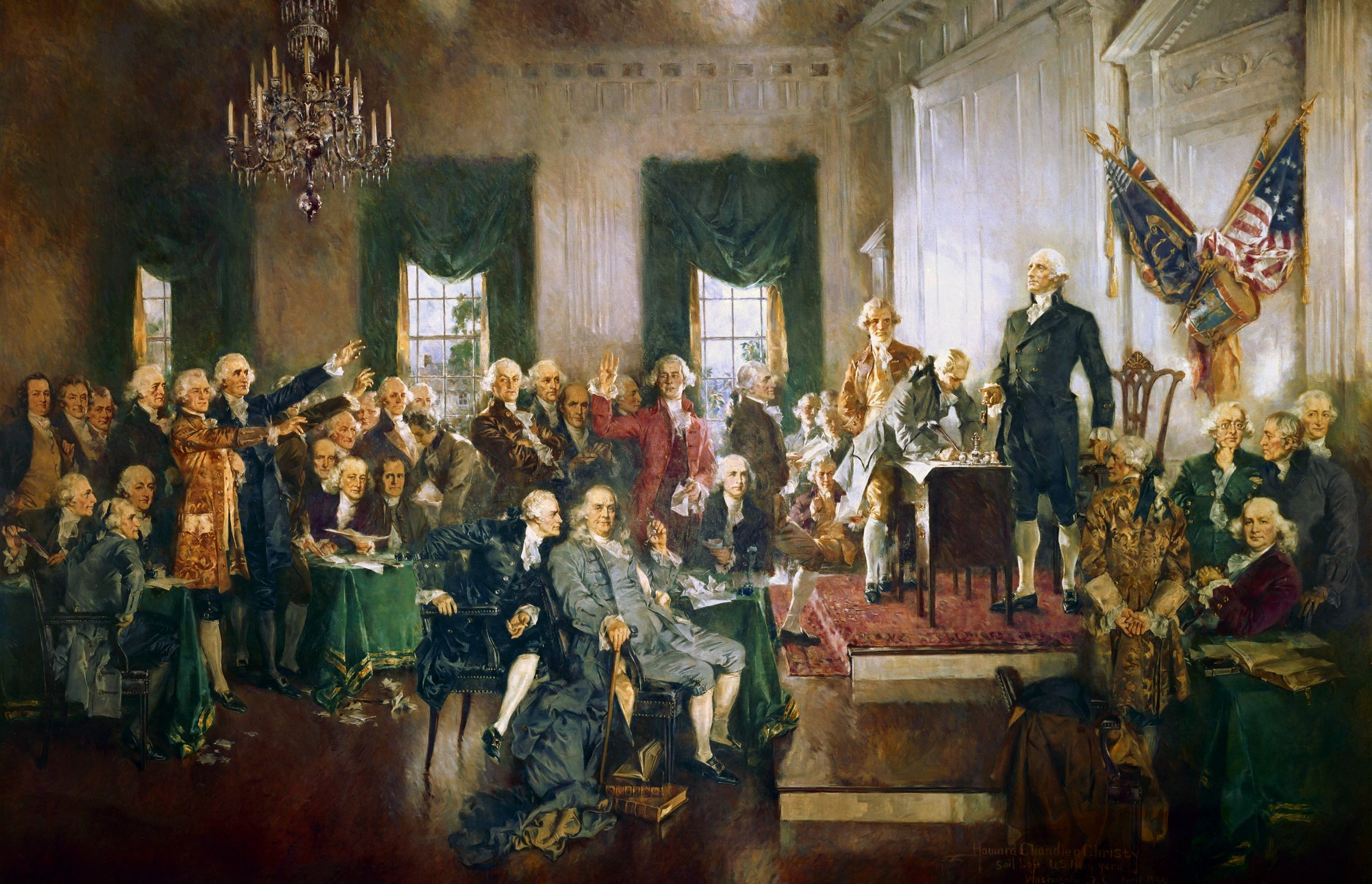 Lessons for our Times: The Framers of the Constitution and the Concurrent Virtues of Fallibility and Partisanship

The Framers of the Constitution had very serious partisan differences. Those differences were as significant as those that exist today, but the Framers were able to wrestle with these crucial issues in an effective manner, despite individual differences in point of view and desired outcomes.  Indeed, on September 17, 1787, they compromised in order to adopt the Constitution, which has served our nation well for over two centuries.

Speaking on the final day of the Convention, when the Constitution was adopted, after prolonged acrimony, Benjamin Franklin, the senior statesman, wisely reflected, “I confess that there are several parts of this constitution which I do not at present approve, but I am not sure I shall never approve them: For having lived long, I have experienced many instances of being obliged by better information, or fuller consideration, to change opinions even on important subjects, which I once thought right, but found to be otherwise.”

He added, “[T]he older I grow, the more apt I am to doubt my own judgment, and to pay more respect to the judgment of others. Most men indeed as well as most sects in Religion, think themselves in possession of all truth, and that wherever others differ from them it is so far error.” Franklin concluded his short remarks with an endearing anecdote: “[T]hough many private persons think almost as highly of their own infallibility as of that of their sect, few express it so naturally as a certain French lady, who in a dispute with her sister, said ‘I don’t know how it happens, Sister but I meet with no body but myself, that’s always in the right.”

The Framers had learned that recognizing one’s own fallibility leads to respect for the views of others. Respectful listening, in turn, often leads to understanding and compromise. This lesson did much to provide our nation with a Constitution that is the envy of the world.

The Framers had struggled with major differences over the course of a very hot and humid summer in Philadelphia. Having worked through many serious disagreements, they were painfully aware of what they referred to as “Factions,” which naturally vie for control of any government. A chief concern of leading thinkers in that era was the tendency for factions to take control in larger republics, leading to disenfranchisement of the minority and the eventual downfall of the republic. The classical education of most of the Framers evidenced this weakness: Athens and Rome, together with several lesser-known republics, had all exhibited the tendency of republican government to morph into a more tyrannical form of government, be it mob rule or formation of an Empire.

The Framers came to the Constitutional Convention with this understanding in mind. Over months of fiercely partisan debate, however, aided by the wisdom of Benjamin Franklin and James Madison, they discovered the that factions are a natural byproduct of liberty. They also learned the key to dealing with the dark side of factions, the likelihood that factions would make governing difficult and would lead to imposition of a tyrannical government in some form.

In Federalist #10, which was written to persuade delegates in the states to ratify the Constitution, James Madison dealt directly with the issue of faction. As opposed to the commonly held view that only a small republic could succeed, Madison argued that a large republic, with a diverse and extensive population would pit many factions against each other, making it less likely that any single faction could wrest control of the government and tyrannize the minority.

In that landmark essay, Madison argued, “Liberty is to faction what air is to fire, an ailment without which it instantly expires. . . As long as the reason of man continues fallible, and he is at liberty to exercise it, different opinions will be formed.” Factions or strong partisan differences are inevitable in a Republic conceived in liberty. If mere humans are free to decide for themselves, they will necessarily divide into factions. Nevertheless, like Franklin before him, Madison understood a basic truth: with multiple factions vying for control of a large national government that prized liberty and leaders who understood their own fallibility, a Republic could thrive, as ours has.

As delegates to the Constitution came to recognize their own fallibility, they were finally able to balance values and principles and form a “more perfect union.” Recognizing that they were all imperfect, they came to listen to each other and to find viable compromises.

During their service as President and First Lady, James and Dolley Madison understood that factions are a necessary byproduct of liberty and sought to find ways to bring a deeply divided nation together. Rather than seeking to deprive those they disagreed with of their liberty, as President Adams and the Federalists had done when they passed the Sedition Act, which was designed to quiet the opposition partisan press, James and Dolley vigilantly protected the liberty of all, the very liberty that spawns factions and then sought to bring divergent parties together, to facilitate respectful dialogue.

The results were a lesson in the concurrent virtues of faction and fallibility – despite vile attacks directed at each of them, James and Dolley resolutely led a divided nation through a very unpopular war into what historians refer to as the “Era of Good Feelings.” To this day, historians laud James for his commitment to liberty and the constitutional rule of law and Dolley for her unique ability to reach out to all parties, including her enemies, with respect and graciousness.

In today’s deeply divide America, we need to remember, as the Madisons and the Framers did, that the existence of factions or partisan differences are evidence of liberty at work. As such, partisanship should be embraced. In turn, to avoid becoming so deeply divided by partisan bickering that our capacity to govern is crippled, we must be ever aware of our own fallibility, as leaders and as a people. If we let the concurrent virtues of faction and fallibility work together, and accept them as good and not evil, we can once again enjoy the fruits of a “more perfect union.”