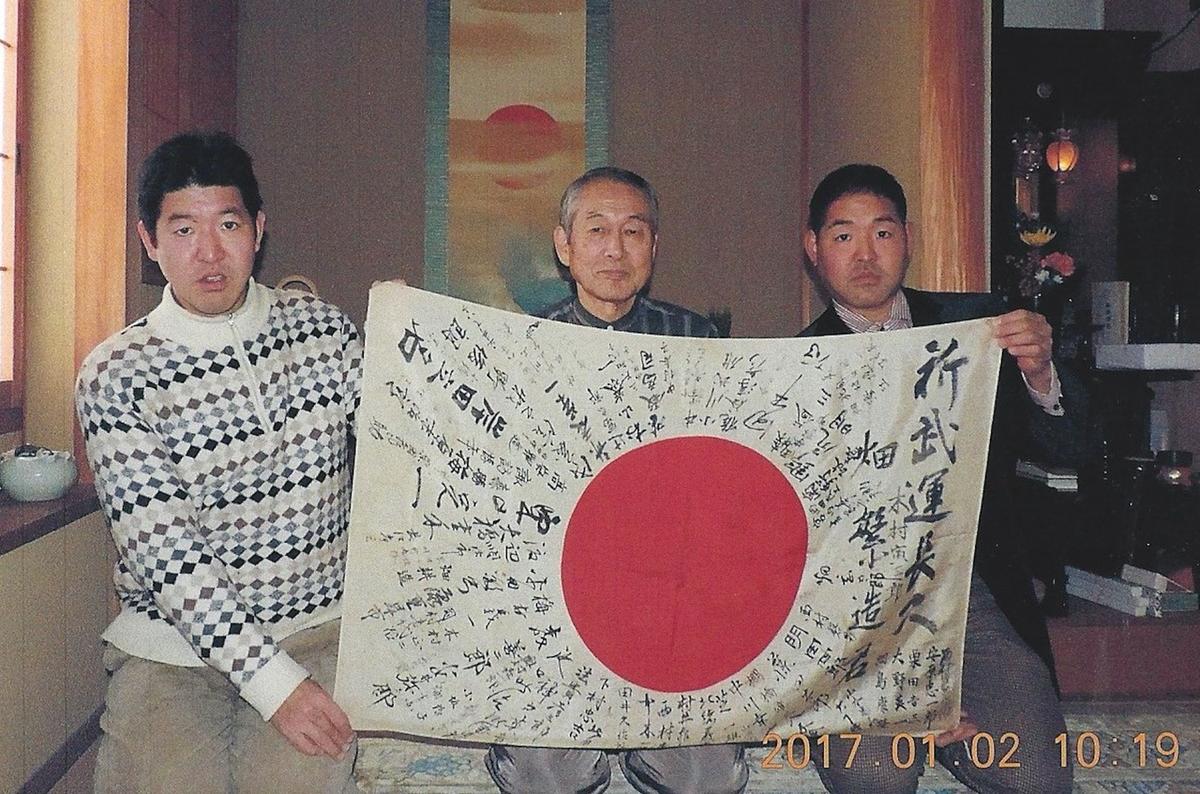 A lost and forgotten World War II Japanese flag, found in an Alabama middle school closet 15 years ago, was recently returned to the son of the soldier who once carried it, thanks in part to a few members of The Church of Jesus Christ of Latter-day Saints.

How it happened is something of a family history miracle, said Dennis Sellers, a Montgomery, Alabama middle school math teacher and Mormon who helped reunite the family with the flag.

“God had a hand in this,” Sellers said. “It was special for the son to have something from his father, to keep the memory of his father alive.”

It all started when Veronica Hill, a history teacher, found the national flag of Japan, featuring a white rectangle with a red circle in the middle, folded in the corner of a teacher’s closet, according to Associated Press. Japanese writing encircled the red symbol.

Hill kept the flag and learned that it was a “good luck soldier flag,” Sellers said. It was customary for Japanese family and friends to sign it and for the soldier to carry it with them into battle. Apparently, this flag was taken by an Allied soldier when its owner was killed, Sellers said.

“One of the most common and precious token they gave was a flag from their home or community to be signed by family and friends,” Hill told the Montgomery Advertiser. “Many Japanese soldiers, with their dedication and honor knew they would not be returning. This flag was very precious to them.”

Hill wanted to return the flag to the family of the soldier. She knew that Sellers had served an LDS mission in Japan and asked if he could help her find the family.

I loved this story, it inspired me to believe that humans do have goodness from within..and it took me back to my personal relationships with Japanese people. Worth retelling for sure and I thank you for starting my day off with s deeper spiritual presence......