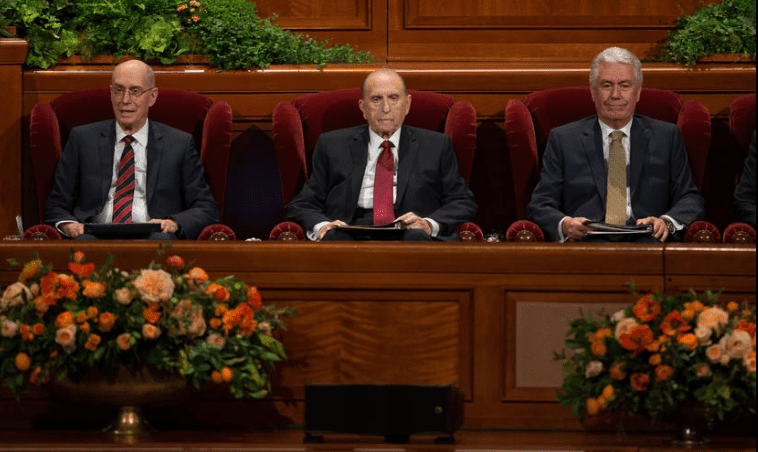 The LDS Church’s First Presidency is asking the faith’s members in four western states to oppose bills that would legalize doctor-assisted suicide and recreational marijuana use.

Church President Thomas S. Monson and his counselors sent a letter Wednesday to Mormons in Colorado, where Proposition 106 would legalize physician-assisted suicide.

“We urge church members to let their voices be heard in opposition to measures that would legalize physician-assisted suicide,” said the letter signed by President Monson, President Henry B. Eyring and President Dieter F. Uchtdorf, who make up the First Presidency of The Church of Jesus Christ of Latter-day Saints.

They sent a similar letter Wednesday to Mormons in Arizona, California and Nevada about marijuana legislation.

“We urge church members to let their voices be heard in opposition to the legalization of recreational marijuana use,” the letter said.

The LDS Church leaders referred both to church policies as well as research-based reasons for opposing the measures.