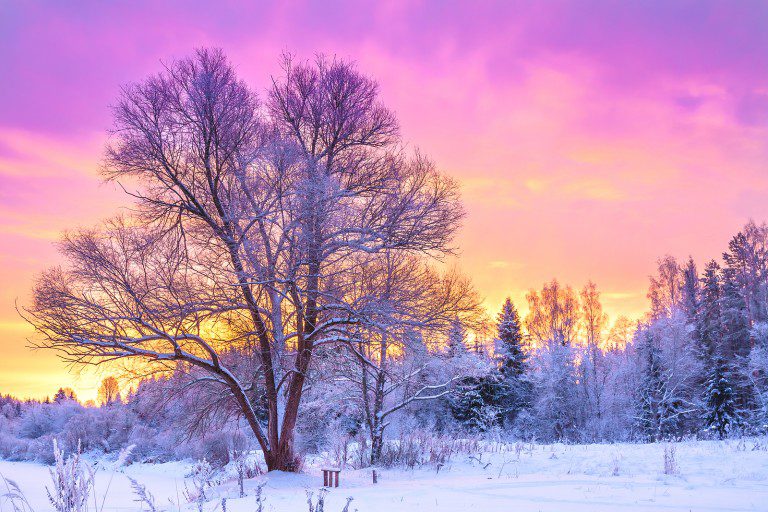 To all Readers: What other publication in the world understands you and your context like Meridian Magazine? Will you please help us keep publishing? It’s our annual voluntary subscription campaign: Please CLICK HERE to SUBSCRIBE.

My old friend, Bill, walked into church, and I smiled. It was good to see him. Bill is in his eighties and is one of the most positive people I know.

I went over and shook his hand. “Today is a great day, huh, Bill?”

He shook my hand heartily. “Yes, today is a beautiful day.”

I’m sure those standing around us wondered about our unusual conversation, especially since it was freezing cold with a biting wind. But the reason for our strange conversation went back to a previous one that I had had with Bill a few years earlier.

I was having some challenges in my life. I had been given some new assignments at work that were taking a lot of time. I was also the editor of the university research magazine, and some people were quite vocal about their displeasure with me and the articles I chose to include in the publication. As a family, we had also had some financial setbacks that were weighing on my mind.

On that particular day, I had walked into church and had run into Bill. He shook my hand vigorously and said, “Isn’t it a beautiful day?”

“You think so?” I said, feeling somewhat doubtful.

The day was overcast, a sleety rain was falling, and it was miserably cold.

“How?” I asked, his enthusiasm beginning to rub off on me.

“Because if my name isn’t there, I know it’s going to be a great day.”

Bill laughed and laughed at that. I laughed, too, and my problems seemed to disperse.       But around a month ago, I found out Bill had had an accident. He had been using his tractor to split firewood. It was a cold day, so he was in his shop with the door closed. He began to realize that the air was getting choked with exhaust, and he needed some fresh air. He walked to the switch to open the garage door, but just before he reached it, he passed out face down in the dirt.

Luckily, when Bill didn’t come into the house for dinner as expected, his sweet wife went looking for him. She got her son to help, and when they found him, they quickly opened the door and called 911. Miraculously the first volunteer emergency responders had oxygen. When I learned what had happened, I went to visit Bill. He was home from the hospital but was still struggling to breathe, even with oxygen.

He was asleep when I came. I hated to wake him, but his wife said Bill would be disappointed if he missed getting to visit with me, so she gently patted him.

Bill slowly opened his eyes, and when he saw me, he smiled.

“It’s still a great day, Bill,” I said. “But just barely. It came close to not being a good one for you.”

He smiled weakly, “A little too close.”

He wasn’t out of the woods yet at that point. But over time, he gradually started to get better. That was the reason I was so happy to see him when he walked into church.

Some of his positive attitude has taken hold of me, especially as his comment has lingered with me and has given me a different perspective about life. Each day when I get up, I say to myself, “It’s a beautiful day,” and I don’t even have to read the obituaries to know it.

Thanks, Daris, I must know Bill also. I really enjoy reading your articles and how uplifting they are.