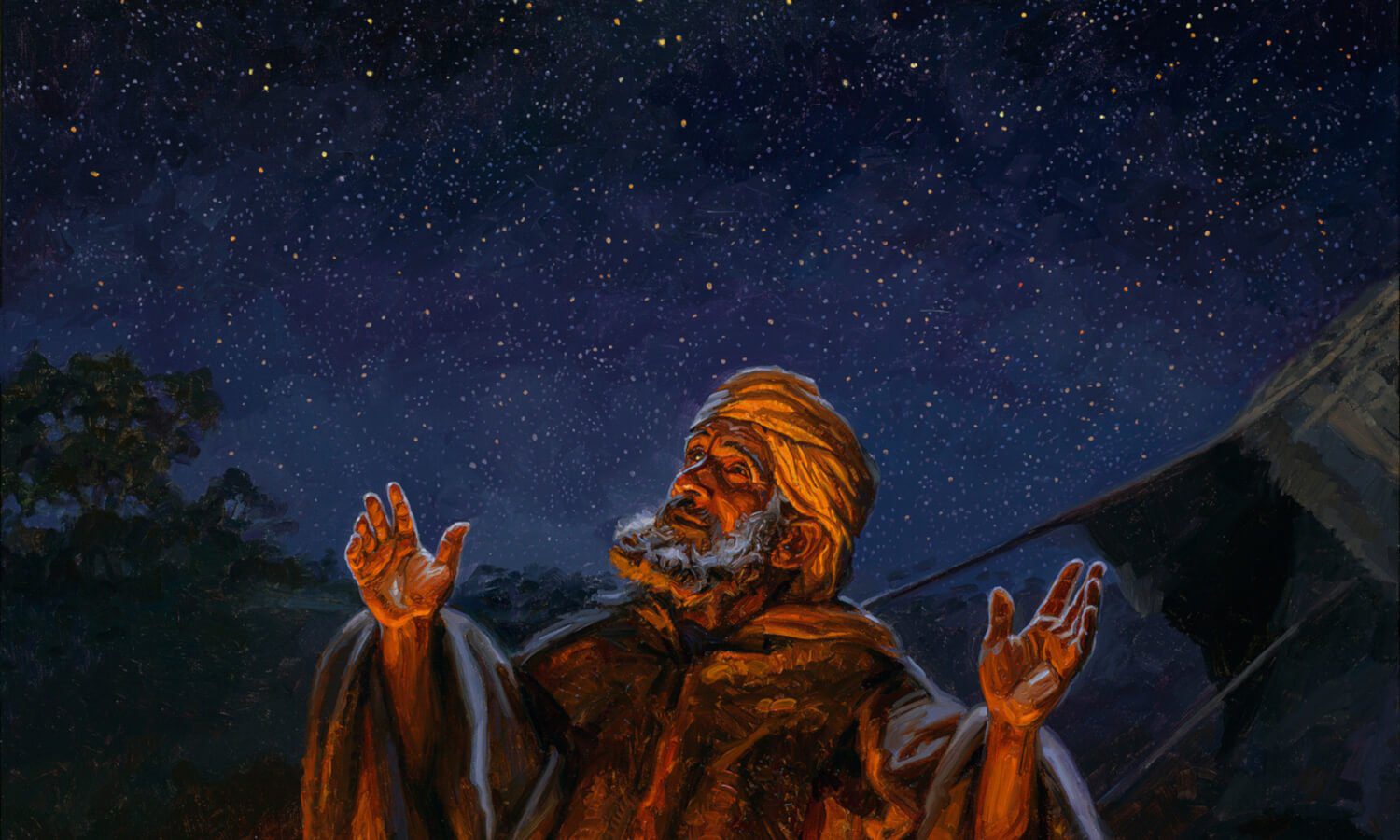 Pre–World War I, many scholars considered Abraham to be a mythical person despite his name being found 162 times in the Old Testament and 69 times in the New Testament. After World War I, this perception changed with the discovery of archeological evidences attesting to the historical reality of Abraham. Dr. Gee has found Abraham’s name in more than twenty-four times in ancient texts.

An introductory paragraph on the topic of Abraham in The Encyclopedia Britannia (Britannia.com) reads:

“After World War I, archaeological research made enormous strides with the discovery of monuments and documents, many of which date back to the period assigned to the patriarchs [Abraham, Isaac, and Jacob] in the traditional [scriptural] account. The excavation of a royal palace at Mari, an ancient city on the Euphrates, for example, brought to light thousands of cuneiform tablets (official archives and correspondence and religious and juridical texts) and thereby offered exegesis a new basis, which specialists utilized to show that, in the biblical book of Genesis, narratives fit perfectly with what, from other sources, is known today of the early 2nd millennium BC. . . . A biblical scholar in the 1940s aptly termed this result “the rediscovery of the Old Testament.”

The book of Abraham begins with a statement of Abraham’s faith—his desire to learn of God and His ways and to receive priesthood authority. After explaining that he lived “at the residence of [his] fathers” (Abraham 1:1), he states that he was “a follower of righteousness” (verse 2), that he kept the commandments, and that he desired greater knowledge from God. He explains that as “a rightful heir” (verse 2), he had received the priesthood and that he was a high priest. Then he recorded that all was not well at his home in Ur, in the land of the Chaldeans. His fathers had turned “from their righteousness . . . worshiping . . . the gods of the heathen, utterly refus[ing] to hearken to my voice for their hearts were set to do evil” (verse 5).

At this time, human sacrifice was legal and part of the religion of the pharaoh, which must have tried the faith of the few followers of Jehovah. Speaking of his family, Abraham said: “They turned their hearts to the sacrifice of the heathen in offering up their children unto their dumb idols” (verse 7). Abraham explained that a small child had recently been sacrificed, as had three princesses who “would not bow down to worship gods of wood or of stone” (verse 11) or participate in sensuous rituals with the priests. When Abraham discovered the plot that he was to be sacrificed, his fate appeared sealed. “The priests laid violence upon me, that they might slay me also, as they did those virgins” (verse 12).

It seems from facsimile number one, at the very moment the priest of Elkenah, “who was also the priest of Pharaoh” (verse 7) raised his knife to slay Abraham, “behold, I lifted up my voice unto the Lord my God, and the Lord hearkened and heard, and he filled me with the vision of the Almighty, and the angel of his presence stood by me, and immediately unloosed my bands” (verse 15).

Abraham heard the voice of Jehovah and witnessed his displeasure. “The Lord broke down the altar of Elkenah, and of the gods of the land, and utterly destroyed them, and smote the priest that he died” (verse 20). Abraham does not explain how he escaped but states that news of his recue caused aftershocks locally and in the court of Pharaoh in Egypt: “There was great mourning in Chaldea, and also in the court of Pharaoh” (verse 20).

(Obviously, continuing to live with his corrupt family and just make the best of it was not an option. Now we better understand his opening statement: “I, Abraham, saw that it was needful. . . to obtain another place of residence” [verse 1; italics added], so needful that it was a matter of life or death. Abraham’s motives reveal his character—to obtain “greater happiness and peace and rest” [verse 2] where he could live the gospel of Jesus Christ, share it with others, and “administer the same” ordinances he had received [verse 2]).

This miraculous rescue continued as the angel identified himself, called Abraham by name, and alerted him to his future: “Abraham, Abraham, behold, my name is Jehovah, and I have heard thee, and have come down to deliver thee, and to take thee away from thy father’s house, and from all thy kinsfolk, into a strange land which thou knowest not of” (verse 16). In the vision Abraham received additional instructions: “I will lead thee by my hand, and I will take thee, to put upon thee my name, even the Priesthood of thy father, and my power shall be over thee. . . . Through thy ministry my name shall be known in the earth forever, for I am thy God” (verses 18–19). The great Jehovah, creator of the earth, had a work for Abraham, which he obediently, faithfully, and wholeheartedly did throughout his life.

“I will make of thee of great nation”

“I will bless thee above measure”

“Thou shalt be a blessing unto thy seed after thee”

Thy posterity “shall bear this ministry and Priesthood unto all nations,” to bless “all the families of the earth…, even with the blessings of the Gospel, which are the blessings of salvation, even of life eternal.”

“They shall rise up and bless thee, as their father”

With the restoration of the priesthood in 1829, these blessings are available and can be activated for individuals and families who seek for the blessings of the fathers, as Abraham did. Worthy members of the Church gain knowledge of their patriarchal lineage through their patriarchal blessings. In temples, as individuals are endowed and families are sealed together for eternity, the promises to Abraham are promised anew. The significance of this covenant for Abraham’s seed is magnificent and all-encompassing in that “all the families of the earth [shall] be blessed, even with the blessings of the Gospel, which are the blessings of salvation, even of life eternal” (Abraham 2:11).  All is all—all nations, all races and ethnicities, all families, each and every child of God.

In the Epistle of James in the New Testament, a half-brother of Jesus, James, teaches the doctrine of faith and works and uses Abraham as an example: “Was not Abraham our father justified by works, when he had offered Isaac his son upon the altar? . . . Abraham believed God, and it was imputed unto him for righteousness” (James 2:21, 23). James then characterizes Abraham’s relationship with God with these significant words: “Friend of God” (James 2:23). And modern revelation provides an update on what his faithful servant has been doing since leaving mortality: “Abraham received all things, whatsoever he received, by revelation and commandment, by my word, saith the Lord, and hath entered into his exaltation and sitteth upon his throne” (D&C 132:29).

Hugh Nibley gives a powerful summary of I, Abraham’s life: “Abraham was in the world, a wicked world very much like our own. From childhood to the grave, he was a stranger in his society because he insisted on living by the principles of the gospel and preaching them to others wherever he went, even if it meant getting into trouble. Those principles, teachings, covenants, ordinances, and promises were alien to the world, which was bitterly hostile to them. So Abraham’s whole life, as is often stated, was a series of trials or tests, and by example and precept he tells us how to come through victorious” (Abraham in Egypt, Hugh Nibley, Deseret Book, 2000, 249).