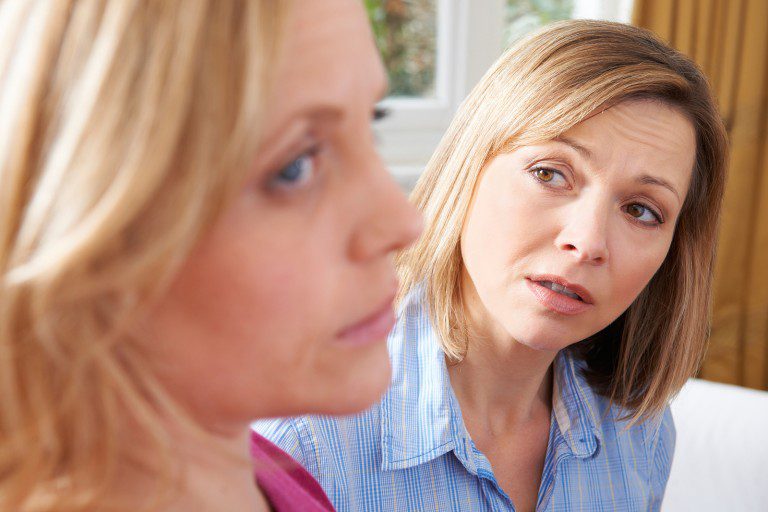 Helping Others Be Their Best When They’re Acting Their Worst

We’re surrounded by imperfect people who may disappoint, frustrate or mistreat us. Even though their behavior can be appalling, the way people act at one period of time shouldn’t define them. We can be just the ones that lift them to realize their potential, purpose and need for change.

The other day, I was with my 5 year-old grandson and several other people. He was having a ranting and raving “melt down.” Someone angrily told him that he was a bad boy. He reacted by yelling back at them. Somehow, the spirit touched me, and I turned to face him, smiled, and said, “No, you’re a good boy! I think you’re amazing! He guiltily retorted, “No, I’m not!” I coaxed him with the loving words, “Yes you are! You’re a wonderful boy! I’ve seen so many good things you do. “ I asked him if he wanted to come sit with me. He softened, came over and crumpled in my arms. I continued to tell him what I knew to be true, and within a few minutes we were singing, and all negativity was gone.   He became himself again. All he needed was a reminder of who that real self was.

Elder F. Enzio Busche tells a touching story of a time the spirit told him what to say to a disobedient son. He overheard that son using very vile language to his sister. He was immediately filled with rage, and got up to “deal” with him. He silently prayed for help in this situation.

“I opened the door and confronted my son face-to-face. As he realized I had overheard him, his expression reflected shock and fear. My natural inclination would have been to grab him by the collar, shout at him, and maybe even spank him. To my great surprise, however, I felt an overwhelming feeling of calmness and joy, and I saw myself behaving in a way completely different from my nature. With a big smile on my face, I reached out my hand toward him and said, “Welcome home, son!” He was startled by my reaction. For a moment, he must have hoped that I had not heard what he said. Then I heard myself saying, ‘Would you please come with me to the living room because I want to talk to you?’

“We went into the living room. I gave him the best chair to sit on and sat next to him.   I heard myself praising him, telling him what a wonderful young man he was, and how I recognized the difficult time he was going through in his life, seeing so many bad examples and hearing so many offensive things at school. Then I talked about the battle that every human being must fight – how inside of us is the “real me,” the child of God that wants us to do good. There is another force that prompts us to just let go and do things we ordinarily would never do. I explained that this is a battle that is not always easy to win. I expressed my trust in his goodness and my belief that he would be able to overcome the temptation to use foul language and unacceptable expressions. I told him I would be his friend in this battle and would stand beside him to help the good in him triumph.”

By the end of the conversation, they were sobbing in each other’s arms. It was a poignant and precious moment orchestrated by the spirit (F. Enzio Busche, Yearning For The Living God,2004, p 138-139).

When we sincerely compliment others during their dark times, it catches them off guard. They are expecting condemnation, and anger, but when love comes in instead, it can really open their heart, AND it helps US feel better than tying into the swirling negative energy around them.

As humans, we see our inadequacies and beat ourselves up regularly feeling like we don’t measure up to what we should be, but the truth is, we are glorious beings that are so involved in a life circumstance that we lose sight of the big picture. All of us hear the voices of condemnation in our heads from time to time. During these low moments, we often begin to believe what we “hear.” Since we’re our own worst critic, condemnation from others rarely helps us want to change. Has it ever made you want to change? It generally makes people want to lash out or rebel.

When we have co-workers, friends or family members that act in a mean or ugly way, we can be sure they are somehow believing the lie that they are not enough, or that they aren’t loved. The antidote to their behavior is to bring them out of their low spot by reminding them who they really are, and the good they bring to the world.

When we think of the apostle, Peter, we don’t focus on how he denied the Savior 3 times, we focus on how loyal and faithful he was to Jesus.   We don’t focus on Alma the Younger’s rebellious and wicked behavior, we think of him as a great and inspired man. We don’t dwell on Saul’s intent to brutally persecute Saints in Damascus. The Lord God called him a “chosen vessel,” despite the great spiritual havoc he had caused (Acts 9:15). Even though these men had at one time participated in such dreadful acts, the Lord knew who they were and what they were capable of. How many people that we judge as being “evil” are really “chosen vessels?”

As people have been called to positions in the Church, I have heard comments like, “Wow you should have seen him when he was a teenager, who would have thought he would become a Bishop?” OR, “She was a wild one, but now she is Relief Society President!”   The Lord always knew who they were, and what they were capable of. He also knows who WE are.

Many years ago in El Paso, TX, I was having a frustrating and cranky day.   One of the many things I had to do was to go into town to settle and pay a speeding ticket. After I paid the magistrate the amount, there was a middle aged man I’ve never seen before or since, who came up to me and said, “I just have to say that I can feel that you have such a beautiful spirit.”   What a thing to say! I felt a watershed of love and validation from God and what a lift that was! Truth is, we’re all beautiful in God’s eyes. We are infinity bearers. We are the divine spark; children of the Most High God! We are beyond magnificent! Once we realize that, we can turn our attentions to lifting others.

How Can We Help Others Be their Best When They Act Their Worst?

When someone is in a funk, we can help him/ her come out of it, by simply reminding them of their gifts to the world, and open them up to feeling appreciated and loved. Magic happens when a person feels valued enough that someone sees past their faults and behaviors right into their soul. Their spirit knows who they are, and with our reminders, they can begin to be encouraged to leave the “place” they have been in and behave in a better way.

Great article Anne. Great to connect with you after all these years! Blessings on you and your family.

What a beautiful article, so well thought out by you! I always enjoy reading your articles and learn much from them.