Gold, silver, and bronze—Latter-day Saints have taken home one of each thus far in Tokyo | Meridian Magazine 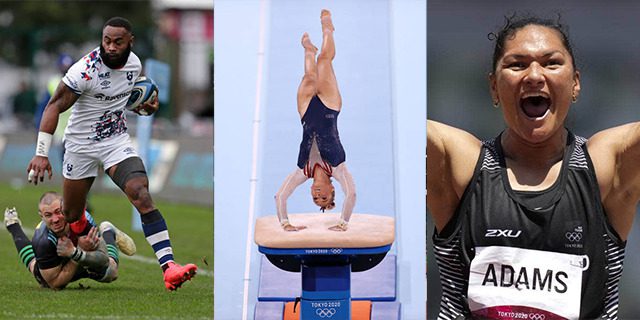 Gold, silver, and bronze—Latter-day Saints have taken home one of each thus far in Tokyo

So far in Tokyo, three Latter-day Saints have each won a medal: one gold, one silver, and one bronze. Learn more about them and their stories below.

On July 28, the Fijian men’s Rugby Sevens team won gold against New Zealand, defeating New Zealand 27-12. Latter-day Saint Semi Radradra, who plays professionally for the Bristol Bears in England, helped Fiji defend their gold medal from 2016 in Rio. For the various teams he’s played for, Radradra has broken multiple NRL records, including becoming the first player to score consecutive hat-tricks in the first round of two separate seasons. Radradra married his high school sweetheart Vika Fifita in 2017 in the Suva Fiji Temple.

On August 1st, 36-year-old Valerie Adams of New Zealand won a bronze medal in the shot put, making her a four-time Olympic medal winner. Adams first competed in Athens in 2004, won gold in both Beijing in 2008 and London in 2012, and took home silver In Rio in 2016.