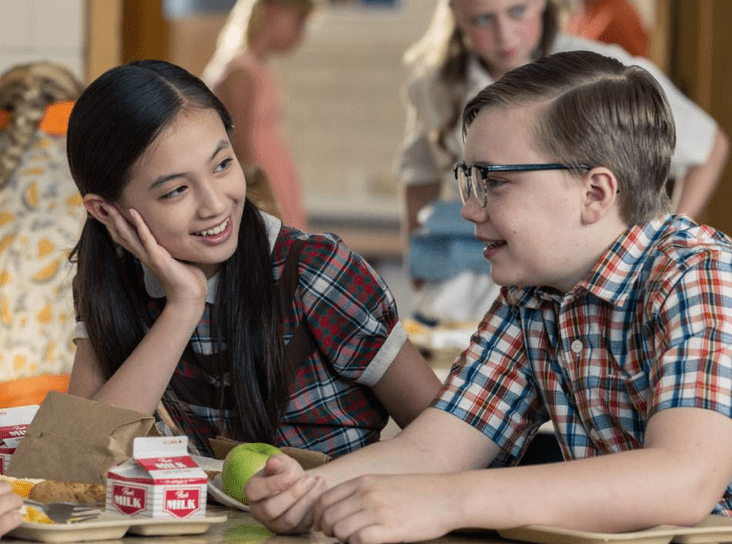 BYUtv’s first original scripted series, Granite Flats, is returning for a third season on April 4, 2015. The high definition cable television network announced today that it will release the entire new third season, along with seasons one and two, for immediate on-demand viewing at byutv.org and on all of BYUtv’s digital platforms, including Roku, Xbox360, Amazon FireTV, iOS and Android.

“Due to an overwhelmingly positive response to the first two seasons of Granite Flats, we decided to release all three seasons online so that fans will not have to wait to find out what happens next,” said Derek Marquis, managing director of BYUtv. “We are thrilled that award-winning actors Parker Posey and George Newbern have joined cast members Christopher Lloyd, Finola Hughes and Ivan Sergei for this new season and are poised to bring even more intrigue, suspense and drama to the series. Fans can not only watch previous seasons at their convenience, but also immediately enjoy all new season three online or on their favorite device.”

Season one introduced viewers to the seemingly idyllic fictional town of Granite Flats, Colorado (circa 1962) and uncovered mysterious events that challenged the faith and humanity of the characters. The second season progressed into the volatile year of 1963 and took viewers deeper into the intrigue, fear and small town innocence that characterized the Mountain West at the height of the Cold War. Season three takes place one year later in 1964. Friendships and loyalties continue to be challenged, everyone is full of secrets and nothing is what it seems to be. Additional information about the series, including on-set photos and cast bios, is available on graniteflats.com.

Beginning April 4, 2015, the new season of Granite Flats, along with seasons one and two, will be available in its entirety for on-demand viewing at byutv.org and on all of BYUtv’s digital platforms, including Roku, Xbox360, Amazon FireTV, iOS and Android. Season 3 will debut on BYUtv’s traditional cable and satellite channel beginning in October 2015.