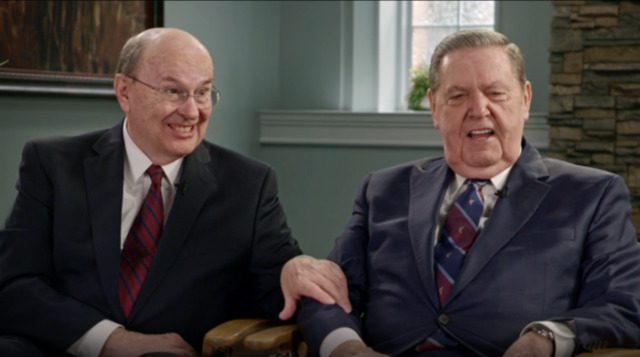 Elders Jeffrey R. Holland and Quentin L. Cook of the Quorum of the Twelve Apostles served as mission companions in the British Mission in the early 1960s. In a new video series created to accompany updates to My Plan: A Guide for the Returned Missionary and Mentor, the apostles discuss what it was like to be companions, and how missionaries can successfully transition to life at home.

Elder Holland and Elder Cook first met at a mission activity when they had both been serving only a few months. Elder Holland recalls that even then Elder Cook was “a legend.” The two would later become companions near the end of their missions when they served in leadership positions together. Of being Elder Holland’s companion Elder Cook says, “It was absolutely incredible. I think the Church has some kind of sense of the tremendous personality and spirituality that Elder Holland has and that was evident even when he was young.”

While serving together, both Elder Holland and Elder Cook were writing to the young women that would one day become their wives. Elder Holland shares that missionaries don’t need to feel guilty over thinking about life at home while still serving.

“You don’t have to stop living to go on a mission, you just have to focus,” he says. Later on, he adds, “When I first when out on mission tours and in zone conferences and missionary meetings, I never talked about home. I refused even to acknowledge that they had a home. If you’d listened to me you would have thought they were all orphans; they were never ever going home, because I didn’t want anybody to be trunky. But now with a little more maturity, and I hope a little more wisdom, I talk about home a lot with missionaries.”

“So Beloved:” Learning to See Others as God Sees Them