Do You Have Contempt for Your Spouse? | Meridian Magazine 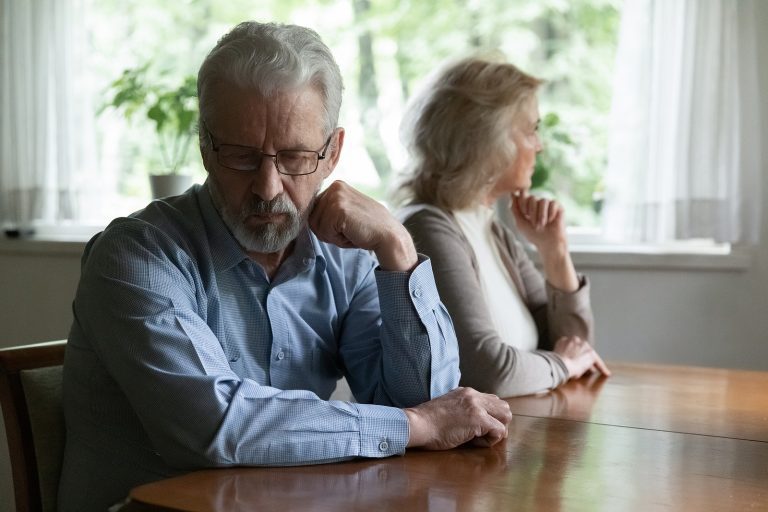 I recently overheard a couple at a restaurant, having this conversation:

“You always do this. You sit wherever you like, and I just have to accept it.”

“What? I didn’t know this bothered you.”

“Because you never think of anyone but yourself.”

This conversation, with slight variations, takes place in thousands of marriages. One person feels slighted by their selfish partner. The other is stunned and had no idea such resentment was even there.

Unless they take steps to address their problems, this couple could be heading for a split. Left unchecked, contempt can poison our relationships and destroy any love that was there. Sometimes the first person to feel contempt offers up so many put-downs that the other one begins to feel contempt as well.

Psychologist Dr. John Gottman calls contempt “the worst of the four horsemen,” and the most destructive negative behavior in relationships. He says it’s the Number One predictor of divorce.

Basically, contempt means you see that person as inferior, disgusting, unworthy of respect, and beneath consideration. It’s shown by rolling one’s eyes, criticizing as if you’re morally superior, mocking the partner, name-calling, and worse. It’s an attack on someone’s sense of self, and a form of emotional abuse.

The good news is that it can be prevented, and even cured. The person feeling contempt needs to work on expressing their feelings without attacking. Usually their resentment began as hurt. By zeroing in on that, we can peddle back from anger and address the real, underlying issues.

And here’s how to fix the above conversation.  First, lose the “never” and “always” accusations. A better way to handle the situation would be like this:

“Hey, let’s sit at another table. I like the shady one over there.”

“Can I talk with you about something that bothers me? It’s just a little thing, but I feel discounted when my preferences aren’t considered in choosing a table.”

Chances are the partner may think this is trivial nonsense, but should listen to what’s being said between the lines: “I don’t feel important to you, and not getting to pick the table is just another manifestation of that.”

Sometimes the reason the offended spouse doesn’t say anything earlier, is because they want to “keep the peace,” or they doubt the worth of their own feelings—they don’t want to make a big deal out of something little. Maybe they’re even afraid of getting barked at, and further diminished. But shrugging off disappointments creates a dangerous build-up of contempt. Learn to express yourself calmly and early, before resentment grows.

Then, if you’re on the other side of the conversation, listen. Don’t scoff, don’t become defensive, don’t counter-attack. Just hear your spouse. Give the same consideration you’d like, if this were turned around. It takes courage to bare one’s heart, so be respectful and caring.

Do not scroll through your phone while the other person is speaking. This indicates that your own little world is superior to whatever they’re saying. Anything that indicates you’re not really listening can be hurtful. Give this person your full attention.

In his wonderful talk, Nurturing Marriage, President Russell M. Nelson described sitting behind a couple on an airplane. The wife kept reaching over, rubbing her husband’s neck and leaning on his shoulder, but the man was so engrossed in a videogame that he never even looked up.

In this same talk, President Nelson said, “Generate a spirit of selflessness and generosity. Celebrate and commemorate each day together as a treasured gift from heaven.”

What if you’re the one being ignored? Have a conversation about it. Agree to set devices aside when the other is speaking (and this is a great lesson for your children as well).  Keep a sense of humor, too. Send a funny text. Or be like a cat, and worm your way in front of the screen. We don’t always have to sigh and roll our eyes.(And if someone is trying to give you similar lighthearted hints, take them. Check your manners and your preoccupations. Apologize and make real changes.)

If you tend to ignore your spouse, and even think they’re prone to idle chatter, stop in your tracks and change. You probably have no idea how hurtful you’re being. Maybe initiate the conversation and see if this is so. Then work on active listening—reframing what they say to be sure you have it right. Show empathy. When you demonstrate real love this way by understanding and validating, contempt cannot exist.

It’s important for couples to work on this as a unit, not just privately strategize. Reading books, going to therapy together, sharing a hobby—there are an unlimited number of opportunities to bond, in addition to the resolve to make things better.

In both Matthew and Mark we’re told that a man shall leave father and mother, and shall cleave to his wife, and they twain shall be one flesh. Do you feel this way? Do you sense that oneness in your marriage? If not, you are missing one of the greatest joys marriage can offer. Do all you can to attain it.

See if either of you has become complacent, almost apathetic about life. Sometimes our routines take over, and we become less interested in our spouse. This can set the stage for contempt. There are two solutions here: First, remember intimacy in all its forms. Don’t just be ships passing in the night; make dates to renew romance. Second, look for things to appreciate, and express that. In fact, keeping a daily journal of gratitude helps you find more, because now your brain is looking for the good, instead of looking for evidence that your partner is thoughtless or selfish.

President Gordon B. Hinckley said, “Brethren, treat your wives with love and respect and kindness. And, wives, you treat your husbands with love and respect and kindness.”  He also taught, “Under the gospel plan marriage is a companionship, with equality between the partners. We walk side by side with respect, appreciation, and love one for another. There can be nothing of inferiority or superiority between the husband and wife in the plan of the Lord.”

We’ve experienced a long pause in our ability to attend regular temple sessions. But, as our beautiful temples open up again, let’s renew our commitment to go there, and spend time contemplating how those covenants apply to our marriages, and to the way we treat one another.

Last, I want to share something I found on my husband’s bureau one time. It was a little note he had posted there which said, “What can you do today that would delight Joni?”  It brought immediate happy tears to my eyes, as I realized that he was searching every single day for a way to show his love. Instantly I chose to do the same. When this becomes our purpose, contempt has no chance. I highly recommend it.

Hilton’s books, humor blog, and YouTube Mom videos can be found on her website. She currently serves as an Inter-Faith Specialist for Church Communications.

Our scriptures can take on a whole new meaning when we focus specifically on applying them in marriage. For example: "..be not weary in well-doing, for ye are laying the foundation of a great work. And out of small things proceedeth that which is great." ( D&C 64:33) How might our marriages be strengthened if we read the scriptures for a whole month with the entire focus being only on how to use those teachings in our marriage? "Small things" can be little love notes, unexpected texts of love to a spouse at work, sincere compliments, greeting your spouse with a hug and smile, expressing gratitude--the list is as endless as your imagination. I have found these "small things" truly DO bring about "that which is great" in marriage.

LOVE this! It is so true! Thank you.