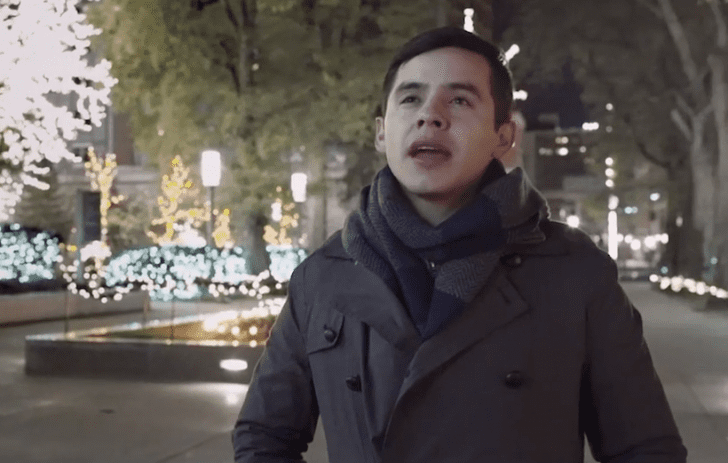 David Archuleta released a new music video with an original song “My Little Prayer”, Thursday for the #LIGHTtheWORLD campaign.

He wrote on Facebook of the rare circumstances under which he wrote this song.

“That night I had a dream. It was different than anything I had experiences before. In my dream I was praying-having a conversation with God. The conversation was also different. I was singing. I could hear simple chords in my dream that I was laying a simple melody and prayer on top of.

“As I was having this conversation in music with God, He told me to get up and write this down. I thought and said, “…but… I’m sleeping. I’m not sure I know how to get up from a dream!” He told me “if you don’t get up now, you’ll forget it in the morning.” I tried everything I could to wake up, and I did! There in the middle of the night I went straight to the piano with the words and melody I had spoken in my dream still clear in my head, and wrote it all down. It was the fastest I had ever written a song because I feel this one was given to me.

“I’ve sung this song several times this year now and people kept asking where to find it so I felt it would be good to share it during this Holiday season. I hope you enjoy it and find encouragement to begin your own simple and sincere conversations in prayer! #mylittleprayer#prayer#christmas#lighttheworld“

Archuleta released this song for the eighth day of The Church of Jesus Christ of Latter-day Saints #LIGHTtheWORLD campaign which is Jesus Prayer for Others and So Can You.

I watched this video when it was first released. And all day today, I've had this simple melody going through my head. I'm truly touched by it!