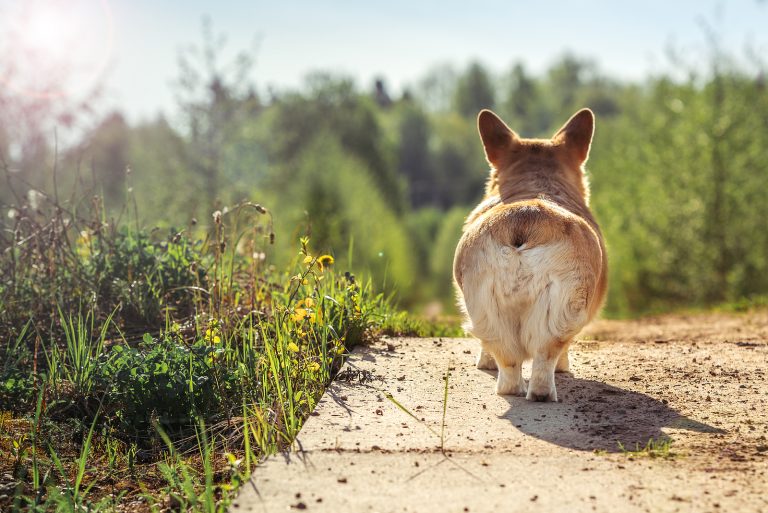 Corgi Capital of the World

Jed and Nicole were annoyed with each other. They had had their marital disagreements in the past, but this one seemed to be growing way out of proportion. It had started when Jed said he didn’t believe something Nicole read to him from the internet.

“Look,” Jed said, “you can’t trust everything you read on the internet, even on Wikipedia. The good people there attempt to have policies and procedures to make articles as true as possible. I appreciate them and have donated to them. But people still make mistakes. And besides, there are few bad actors who post false things on purpose.”

“I think you are just too skeptical,” Nicole replied. “I feel if something is posted on a site like Wikipedia, it can even be quoted as fact for research.”

Jed knew that arguing with his wife further on the subject was futile. When her mind was made up, the only way to change it was with irrefutable proof. That thought gave Jed an idea. He would create the evidence needed to convince his wife.

Jed sat down with his computer and created a Wikipedia account. He used a nickname that people had used for him when he was young because he didn’t want everyone knowing his identity. Now he had to come up with an article. He wanted it to be benign enough that no one would pay attention to it. But it had to be believable so his wife would think it was true.

He thought for a long time, but nothing seemed quite right. Then their little corgi dog named Bess came and laid her head on his leg, wanting some attention. As he reached down to pet her, he suddenly had an idea. He typed and typed, adding in false facts, some free pictures from the internet, and a picture of his own.

When he finished, he edited and re-edited the article until he thought it was perfect, then submitted it. He would have to wait until it was up on the site. Then he would give it a whole week so he could tell Nicole it had been there for a while. That’s when he would show her.

It didn’t take long before Jed could verify that the article was live. He felt pretty smug seeing it there. It was going to be a long week before he could prove his point to his wife. He decided the following Sunday evening would be the perfect time to casually tell her. Meanwhile, he was sure it wouldn’t be a problem having posted it because no one would even notice it.

The following Sunday, when he arrived at church, he was walking down the hall outside the chapel when he heard a group of older people talking.

“Did you see the article in the paper this morning about the fame that has come to our little town?” one old gentleman asked.

“You mean how Greenville is the corgi capital of the world?” a woman replied.

The man nodded. “More corgis per capita than any other town in the world.”

Jed spun around. “Did you say there was an article about Greenville corgis in the paper?”

“Yes,” the woman said. “We even have a small park donated by a dedicated corgi owner that is just for corgis, and no other breeds of dogs are allowed. I’m not sure where it is, but the paper talked about it.”

“That’s the dumbest thing I ever heard,” another man said. “In my day, we had sensible sheep herding dogs.”

“But do you really believe the article?” Jed said, hoping to throw some brakes on this disaster.

“Well, of course,” the second man said. “The newspaper said it was in Wikipedia.”

Jed hurried home after church and read the paper. Sure enough, there was the headline, “Greenville, Corgi Capital of the World.” Maybe if he hurried, he could get it off before Nicole saw it. But when she walked in carrying the newspaper and shouting, “Have you seen the news?!” he knew he was too late.

It took him a while to confess what he had done and even longer to convince her. He had to show her it was his nickname on the article, and one picture was of a neighbor’s corgi and Bess.

“So, you’re one of those deceptive people you were talking about?” she said in disgust.

“I’m just trying to prove a point,” he replied.

“What are you going to do now that everyone thinks it’s real?” Nicole asked.

Jed thought a minute, and then even though Nicole advised against it, he decided he might add to the article and see if the town’s people caught on.

Excellent. Reminds me of the story a college professor told our class one evening, seems an employee at a large company wanted to prove the point that nobody paid any attention to the constant stream of memos, announcements, policy changes, etc, especially the ones filled with acronyms that flowed down from upper management and that vice versa was true that management never paid attention to reports, memos, etc that flowed up. This employee proceeded to write a totally made up memo really embellished it, seems it made it all the way to the President before anybody questioned anything in it.