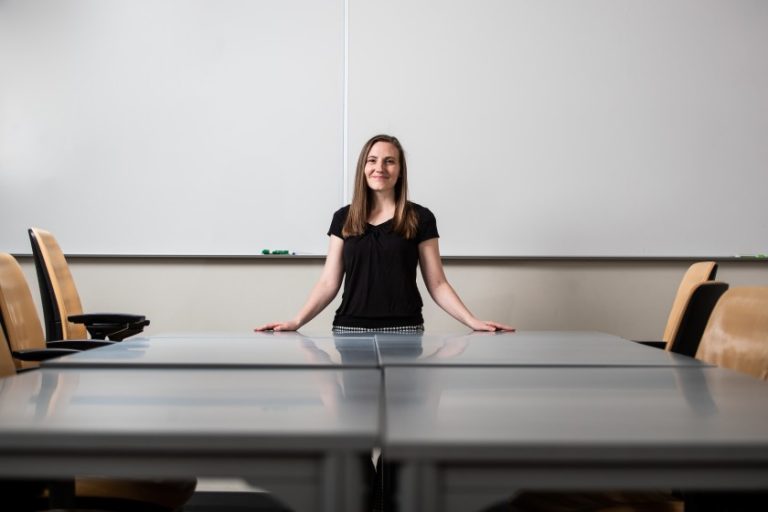 Because 60% of biology undergraduates nationwide are female, the life sciences have long been thought to enjoy more gender equity than other STEM fields. But a new BYU study challenges the notion that all is well for gender parity in biology classrooms.

The results, published in Life Sciences Education, showed a considerable gender gap — overall men were 1.5 times more likely than women to speak up. However, when researchers broke the numbers down by class, illuminating patterns emerged: having more female peers in the room both significantly increased women’s willingness to talk and improved their scores in the course, with a boost as high as half a letter grade.

Having a female instructor rather than a male instructor also predicted higher final scores for female students, whereas male students’ grades showed no difference by instructor gender. Although the study couldn’t definitively show why women do better around more females, Bailey hypothesizes that it has to do with women’s sense of belonging.

“The number of women in science is growing, but we still have this cultural idea that males belong in science and females don’t,” she observed. “Research suggests that if women look around a class and think, ‘Oh, I’m not supposed to be here,’ they actually don’t perform as well. A feeling of belonging doesn’t change their ability—but it makes them better able to reach their ability.”

If her hunch is right, the study results confirm that confidence makes a dramatic difference.

Despite the study’s findings and the larger cultural forces at work, Dr. Bailey stressed, male instructors of life science classes with mostly male students aren’t doomed to marginalize women. The numbers were only averages, and there were exceptions to the trend.

“The presence of male-instructed classes with a lot of gender equity in our study shows that it can be done,” Bailey said. “Simply being aware of equity and wanting to promote it in your class is important.”

One easy strategy for instructors is to call on most of the students who raise their hands, which was shown to increase participation rates from women in the study. “If women feel pretty sure that if they raise their hand, they’ll get called on, they’ll probably be more likely to try,” she said.

The research team also suggested that male instructors get creative about incorporating female role models into their classes by, for example, hiring a female TA or inviting a female colleague to be a guest instructor.

“The project helped open my eyes to the fact that not everyone starts out on equal footing,” said Nick Nelson, who worked on the research team as an undergraduate. “I like to think that seeing an example of a successful woman in science helps other women feel empowered to pursue those careers, even if they are male-dominated.”