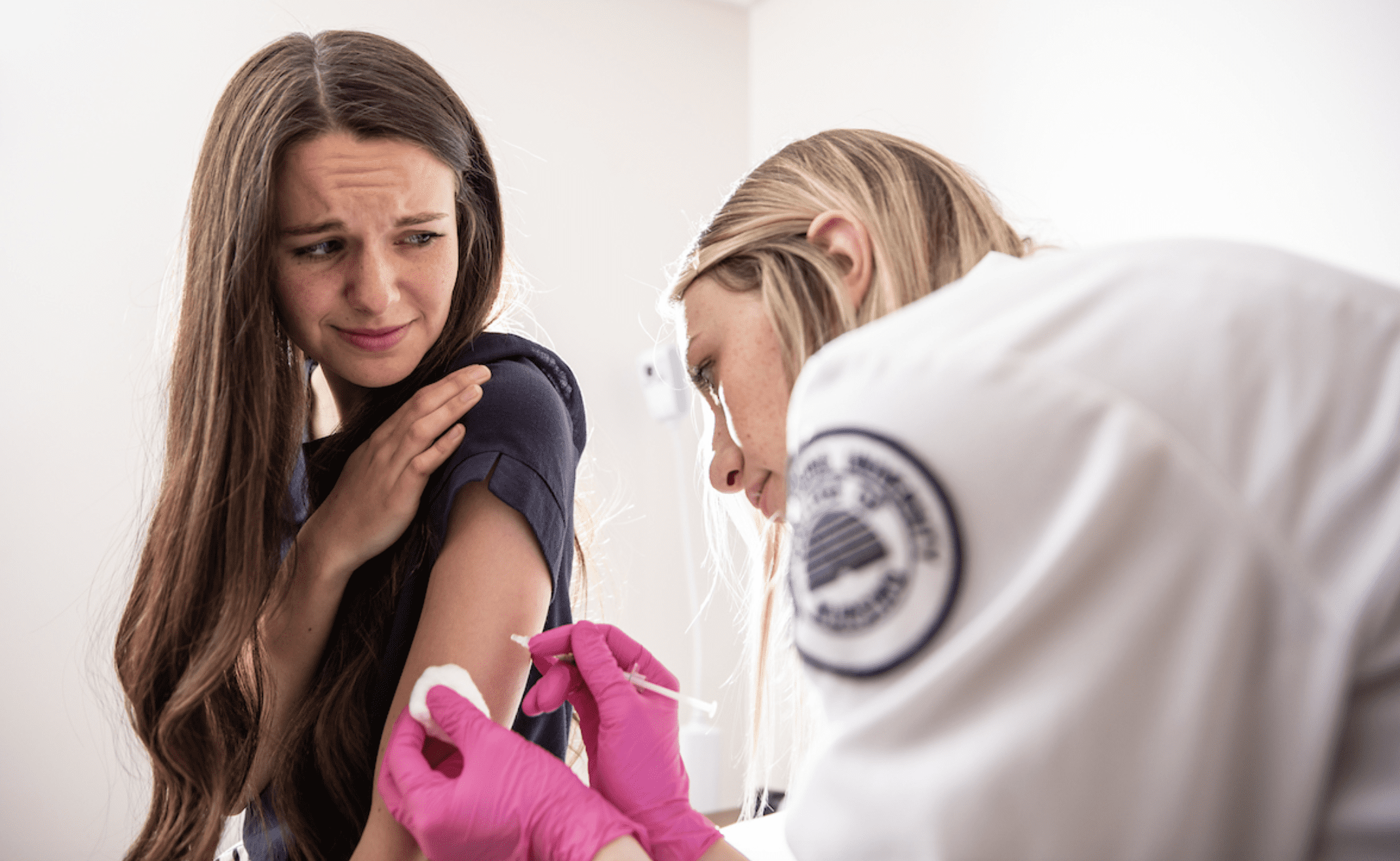 The re-introduction of measles, mumps and other previously eradicated diseases to the United States is nothing short of a public health crisis. Since Jan. 1, a staggering 880 individual cases of measles have been confirmed in 24 states — the greatest number of cases since 1994. Measles was declared eliminated in the U.S. in 2000.

The outbreaks have been attributed to an increasing number of Americans who choose not to vaccinate themselves or their children. Overcoming this “vaccine hesitancy” is a major concern for government and health agencies, which have tried a variety of approaches to convince anti-vaxers to change their minds, including mandating vaccinations in some communities.

New research from BYU professors Brian Poole, Jamie Jensen and their students finds there is a better way to help increase support for vaccinations: Expose people to the pain and suffering caused by vaccine-preventable diseases instead of trying to combat people with vaccine facts.

“Vaccines are victims of their own success,” said Poole, associate professor of microbiology and molecular biology. “They’re so effective that most people have no experience with vaccine preventable diseases. We need to reacquaint people with the dangers of those diseases.”

Poole and his team designed an intervention for college students in Provo — a city which ranks sixth nationally for under-vaccinated kindergartners — with the hope to improve vaccine attitudes and uptake among future parents. The experiment was carried out with 574 students, with 491 being pro-vaccine and 83 being vaccine hesitant, according to a pre-study survey.

For the study, half the students were asked to interview someone who experienced a vaccine-preventable disease such as polio, while the other half (serving as the control group) interviewed someone with an auto-immune disease. Meanwhile some students were also enrolled in courses that contained intense immune and vaccine-related curriculum while others were enrolled in a course with no vaccine curriculum.

One student interviewed a member of their church congregation who had shingles, recalling, “The pain was so bad that she ended up at a pain management clinic where they did steroid shots into her spine. The pain meds didn’t even touch her pain, even the heavy ones. For months, she couldn’t leave the house.” Another student interviewed her grandmother, who suffered from tuberculosis. The student said of the experience: “I dislike the idea of physical suffering, so hearing about someone getting a disease made the idea of getting a disease if I don’t get vaccinated seem more real.”

The researchers also found all vaccine-hesitant students enrolled in a course with intensive vaccine curriculum significantly increased their vaccine attitude scores, with the majority of them moving into the pro-vaccine category.

“If your goal is to affect people’s decisions about vaccines, this process works much better than trying to combat anti-vaccine information,” Poole said. “It shows people that these diseases really are serious diseases, with painful and financial costs, and people need to take them seriously.”

Poole and coauthors hope other universities and government agencies will see their findings and consider using similar methods to improve vaccine attitudes. Graduate student Deborah K. Johnson served as lead author on the paper, which published this last week in the journal Vaccines.

"The outbreaks have been attributed to an increasing number of Americans who choose not to vaccinate themselves or their children." Or, dare I say, attributable to an increasing number of illegal immigrants from around the world who have brought those diseases with them without being vetted, as happened at Staten Island formerly. Has anyone done a study on this factor?

It’s interesting that the church will never force people to vaccinate, but commenters on here are all for forcing it. Why blame unvaccinated when most vaccinated are not current. Many vaccines have to be repeated to be effective and adults are the worst “offenders”. Many on here suggest for others to study and get educated, travel and see less fortunate countries etc. Very naive to assume non-vaccinators have not done that. In fact, they have to study more because it’s easier to follow the crowd and have most drs backing you up. Fortunately, our M.D. stayed current with the research -past and present- and cared more about our health than his profits. One day we will look back and see this was the biggest fraud perpetuated on humans.