Mormonism and The Melting Pot 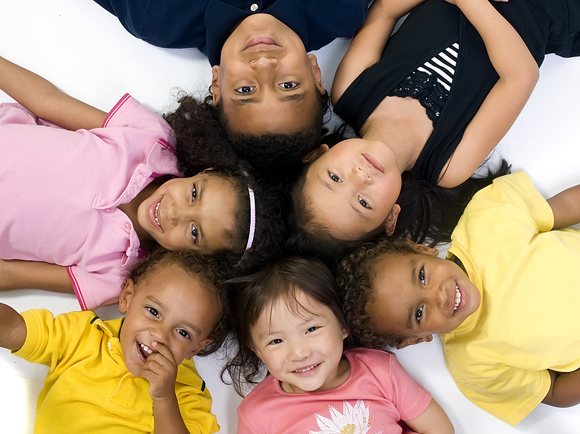 One of the great myths of the world is that we live in a melting pot. Perhaps it is said more of the U.S. than of other countries, and it’s certainly said of major cities everywhere, but you need only live there a short time to realize it simply isn’t true.

Immigrants no sooner landed on our shores than they established neighborhoods of countrymen who spoke the same language and ate the same food, hence Chinatown, Little Italy, and so on. Americans do the same thing abroad, following human nature to surround ourselves with the familiar.

This tendency is repeated in schools and workplaces all over the world, as people gravitate to their own kind. Like birds on a power line, there is no real mixing it up; people seek out peers they look like, talk like, and act like. Attempts are made to force various groups together, but like a poorly mixed salad dressing, the oil and vinegar eventually separate again. Are there exceptions to this rule? Yes, but they’re rare. Most “melting pot friendships” form only when one minority is so very much a minority that he or she is the only one, period. As soon as you get a handful of others, that group will isolate itself again.

My kids noticed it in grade school as class distinction became obvious, despite teachers’ efforts to join disparate groups. The poor kids and the rich kids hung out separately. Later, in high school, the white kids, the Asian kids, the black kids, and the Hispanic kids all hung out with their own. Each of these groups even wore certain clothes and drove certain cars. And even though my children did make good friends with kids from some of these other groups, it was unusual, and only happened when the minority person had almost no other “birds of a feather” to connect with.

It’s no different in adult settings. Corporate lunchrooms, hospital cafeterias, you name it-people sit with their own kind. If this sounds racist, who’s the racist-everybody? And it isn’t always about race. It could be about age, income, or whether one group is gregarious and another group is shy. It could be the jocks vs. the intellectuals, the rowdies vs. the spiritual ones, or Conservatives vs. Liberals. Even in an all-white high school, you’ll never find the smokers and rebels fraternizing with the preppy kids and cheerleaders, unless you tune into a contrived TV sitcom.

It’s simply human nature. There is always a division based on personal identity, unless something dramatic happens.

That dramatic event must create heat so intense that it literally “melts” groups together. It works much like melting metal. Look at tungsten, for example. Tungsten has the highest melting point of all metal elements. It takes heat beyond your wildest imagination to melt it. So, like us, it can survive all kinds of lesser temperatures, just as we survive any number of personal struggles and trials that come our way.

But when something is huge– truly life changing-people will finally set aside their differences and unite. The magical temperature is achieved, and we look beyond skin, religion, age, and so on, melting into one pot of humankind.

I’ve noticed only two things that can have this amazing effect.

The first is disaster. When terrorists flew into the World Trade Center’s twin towers, we dropped all differences except one: We were Americans, united against an enemy. Millions of U.S. flags went up, strangers hugged one another in fright, and solidarity was at its peak. It didn’t matter if you were black, white, or polka-dotted. Rich or poor, young or old, we were one.

Any major disaster can do it-a child falls down a well and the whole community rallies, prays, and gathers behind the single goal of rescuing that kid. Earthquakes, floods, and even heavy snow storms make people forget petty differences and help each other in a higher cause: Rescue and Survival.

Read the dramatic headlines of the last year-a shooting in a high school, an outbreak of disease, a crazed killer on the loose, a wildfire out of control-suddenly people of all stripes are rising to the occasion and giving all they can to help. Blankets and meals are shared by people who might never otherwise rub shoulders. Selflessness and generosity surface and heroes are born. Sad as disasters are, they provide the heat necessary to melt us into a cohesive team that can actually get things done. For once, we forget our judgments of one another, and unite in the humanity we share. You see this same response on the front lines of battle, or in an emergency room, where Disaster Mode is the norm. However, the unity that results from disaster only lasts for the duration of the disaster.

The second way to achieve this melting effect lies within the restored gospel of Jesus Christ. By praying to get a testimony of the truthfulness of this religion, we each pay our dues in a club we’re not even aware of: We are forevermore welded to anyone else of our faith. We have generated a heat beyond our wildest imaginations, but it’s a heat that burns brightly in our hearts.

We see it most distinctly in our temples, where there is no class or race distinction; we are all united in performing sacred, saving ordinances. We are all about Rescue and Survival.

But we see it in day-to-day interactions as well. We meet someone in an airport, learn they’re LDS, and suddenly we’re like two water droplets which were side by side at first, and then suddenly joined. We find out a co-worker is LDS and we feel a familial love for that person completely apart from race, age, income, or talents. We can sit beside that person in the lunchroom, and none of the usual identifiers matter-we share a priority that transcends everything else.

The knowledge that Christ lives, that Joseph Smith was telling the truth, that the Priesthood of God was restored to the earth, and that we have a living prophet today-makes all other concerns shrink, doesn’t it? Who cares what race or age someone is, or how much they earn, or what their hobbies are, really? Our pledge to wear Christ’s name, stand as a witness of Him, share this awesome news, serve others, and get our ancestors sealed is bigger than any of those petty, earthly labels. When we meet someone else whose heart is devoted to the same things ours is, there’s a pure and immediate melting-the very fusion people fantasize about when they speak of a melting pot where everyone gets along and treats one another as equals.

So, yes, we can have a gigantic melting pot, in any school, workplace, city, or country. But instead of waiting for a disaster to unite us-and then only temporarily-we can generate sufficient heat right now. It’s called missionary work. And it’s the single best way to finally achieve the peace and unity every culture in the world has instinctively sought.

I believe we are meant to melt.

Hilton has written 17 books, three award-winning plays, and is a frequent public speaker and a former TV talk show host. She is also the author of the “As the Ward Turns” series, “The Ten-Cow Wives’ Club,” and “The Power of Prayer.” Hilton is a frequent writer for “Music & The Spoken Word,” and for many national magazines.

She is married to TV personality Bob Hilton, is the mother of four, and currently serves as Relief Society President in her ward in northern California.
No Comments | Post or read comments