Here are some of the best picture books published during 2011 and could be, or should be, candidates for the Caldecott prize awarded in January.  With the exception of “Mirror”, which is good for all ages, all of these picture books are good for ages four to ten. 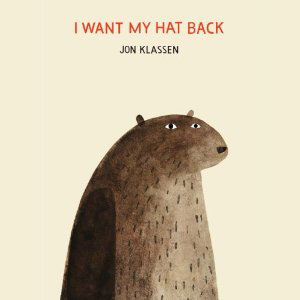 I Want My Hat Back, by Jon Klassen, is a cleverly drawn story with minimal executed illustrations and dialogue exchange, separated with colors.  A large brown bear has lost his much adored hat and he proceeds to ask forest animals if they’ve seen it. He even asks Rabbit (who is wearing the self-described lost article) who proclaims innocence. The sparsity of picture and dialogue makes this story strong and ingenious – which would bring about much conversation after reading it.

Neville, by Norton Juster, and painted with mixed-media by G. Brian Karas, has a sad little boy moving to a new home and a new neighborhood.  After his mother suggests that he take a little walk around the block, he walks forlornly away.  Then he stops and yells out the name “Neville” and other children hear and join in the call. He explicitly feels better about the place by the amount of kids he sees and the colors (that began with muted grays and blues) that are becoming much more vibrant and vivid.  And who is Neville?  You discover that clever clue on the last page.

Scrawny Cat, by Phyllis Root, and beautifully painted in gouache by Alison Friend, is a story of hopelessness and loss.  A sad scrawny cat is now homeless when he once was loved and had a home.  He finds himself on a dinghy which is swept out to sea by a storm and he eventually lands on an island where a woman who also feels lonely and lost finds the cat – and a friend.

A Ball For Daisy, by Chris Raschka, is a wordless book (which I love, as it invites much conversation) about an adorable playful dog who goes to the park with her owner and her bright red ball.  When she meets a brown dog and owner and whom ultimately breaks the ball, her frisky behavior is also broken.  However, at the next meeting with the brown dog, who now has a blue ball, she happily takes this new ball home. The splash of colors spread throughout the pages typify Raschka.

Coral Reefs, by Jason Chin, is an inviting adventure into the deep blue sea when a young girl’s world is transformed while reading about the ocean at the library.  There is so much to learn here as the author / artist paints full page spreads of accurate sea life and describes it vividly and interestingly.  The end pages are full of accurately labeled sea life, as well as more information found at the back of the book. 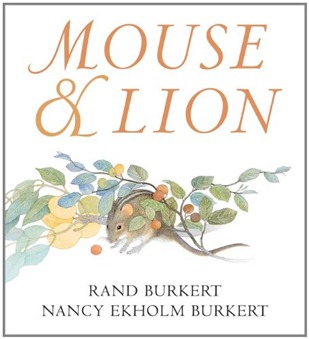 Mouse & Lion, by Rand Burkert, and perfectly drawn and painted with fine accuracy by Nancy Ekholm Burkert, is a wonderful retelling of Aesop’s fable.  This mother and son team has endeavored to recreate a story with a bit of a unique flair by making the delivery sparse in both picture and story.  But don’t be mislead, as this is exactly what makes the story so powerful with its eloquent language and authentic African drawings.  Be sure to read the back pages of the Burkert’s inspirations.

Say What?, by Angela DiTerlizzi, and illustrated digitally by Joey Chou, is a clever look into what exactly an animal is actually saying. The rhyming pattern of each animal has a simple beat making it great fun to read-out-loud. “When a duck says quack, / does he really mean snack?” and “When a snake says hiss, / does she really mean kiss?” are a few snatches of the text. 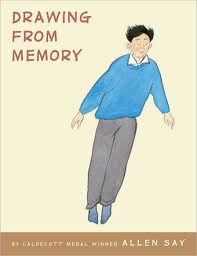 Drawing From Memory, by Allen Say, is an evocative account of this famous illustrator’s beginning as a young middle-schooler.  Say relates how his desire was so great to become a good painter that he actually went to the door of a famous cartoonist and asked if he could learn from him. There is a Japanese determination with Say and he’s become one of today’s leading illustrators and authors. There are many of Say’s artwork from when he was young and as he grew in experience. This book is an inspiration.

Edwin Speaks Up, by April Stevens, and painted with ink, watercolor and gouache by Sophie Blackall, is a delightfully funny story about an unabashed and unflustered mother who takes her four whiny, bothersome children, as well as baby Edwin, grocery shopping.  Edwin yells out each time mother forgets something or has a problem.  His baby babble is recognizable to the reader but not to mom as he attempts to warn her.  Kids will have much fun with this story.

Mirror, by Jeannie Baker, is a most amazing picture book both in the way it’s packaged and the message it delivers.  It opens to a two-sided story.  On the left side is a story about family life in Australia and is written in English. On the right side is a story about a similar family in Morocco and is written in Arabic.  This multi-layered book displays the commonality of family life around the world with children doing chores, eating at mealtime and caring for their pets.  The pictures are made with intricate collages. 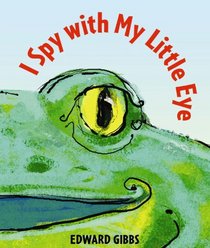 I Spy With My Little Eye, by Edward Gibbs, begins with a die-cut on the cover depicting a large eye on what appears to be an alligator (but you must open both front and back to reveal what this animal actually is). From there, the book asks the reader to participate in guessing what the next eye could belong to stating that the animal is blue and is the biggest animal in the world. There are more die-cuts throughout, ending with the back cover and asking the reader to peer out with their own eyes to see what they can see.