LDS Fiction: "Eastward to Zion" Tells of Pioneers from Down Under | Meridian Magazine

LDS Fiction: “Eastward to Zion” Tells of Pioneers from Down Under 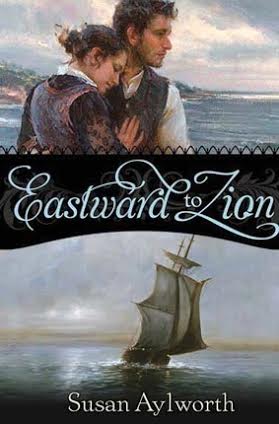 Eastward to Zion by Susan Aylworth follows two young Australian immigrants through their conversion to the Gospel in Australia and their eventual journey to Utah. Author Susan Aylworth draws deeply on the experiences and history of her own family in creating the story of James Martin, a young English lad who travels to Australia to seek gold and instead becomes a shop keeper. It’s also the story of an impoverished Irish girl, Eliza Wells, who endures a terrible journey to Australia under a contract to serve as household help for a wealthy Australian woman in the mid 1800s.

Eliza is a staunch Catholic and James is equally committed to the Presbyterian faith. Their differences bring them serious conflicts, but their love for each other and their small son carry them through. When a chance encounter with two Mormon missionaries, the first in Sydney, reveals the two missionaries are near starving, James invites them to tea with the understanding there’s to be no preaching. James and Eliza change their minds and allow the missionaries to teach them when blessings given by the pair provide them with answers to deeply troubling questions and problems in their lives. Their association with the missionaries brings them trouble from James’s employer and serves to deepen their friendship with a couple they are instrumental in bringing together.

Eliza is terrified of enduring another ocean crossing. It isn’t until her son is nearly murdered by Mormon haters, that she even considers emigrating to America. With the help and encouragement of dear friends they finally make the journey, a journey fraught with danger, but which strengthens their faith and commitment. They eventually reach the west coast of America, but are far from where they expected to disembark and still must face a trek over mountains or across a terrible desert to complete their journey.

James and Eliza are both characters that will stay in a reader’s mind long after the book is closed. Both are hard working, loyal, intelligent, and determined. Eliza tends to be stubborn and has a difficult time deviating from any course she sets for herself. James has a tendency to jump to conclusions. As the story progresses, they mature, and gain united spiritual strength and increased faith.

From the beginning the reader understands that Eastward to Zion is a story of conversion to the Church of Jesus Christ of Latter-day Saints in the Southern Hemisphere and the hardships undertaken by those who traveled in the opposite direction of those who traveled from Nauvoo to the Salt Lake Valley. Aylworth uses these facts to create a story that is fresh and exciting with a satisfying plot.

This is Susan Aylworth ‘s third published novel. She and her husband live in Northern California and are the parents of seven children. They also boast of twenty-three grandchildren. She is also a retired university professor.

EASTWARD TO ZION by Susan Aylworth, published by Covenant Communications, 276 pages, softcover $16.99, also available on CD and for e-readers.