NPR: “Lessons from the Language Boot Camp for Mormon Missionaries” 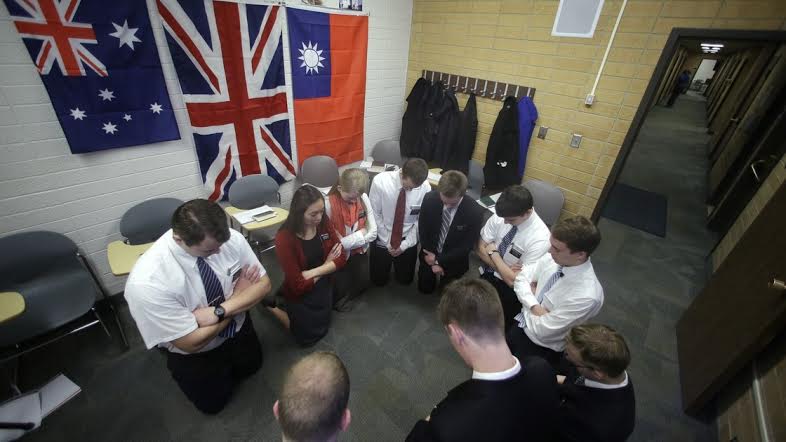 An article this week on NPR lauds the language-training approach of the Missionary Training Centers of The Church of Jesus Christ of Latter-Day Saints.

“At 8 a.m., in a small downstairs classroom, 10 missionaries start their day with a Mormon hymn in Mandarin. Instructor Bracken Hodges is a student at Brigham Young University, which is next door. Like most of the instructors, he’s a former missionary (he spent two years in Taiwan).

The class recites phrases like, “What did Jesus Christ do when he was on Earth?”

Once everyone has the pronunciation down, Hodges quizzes individual students. After that, students pair off for role-playing exercises. One student plays a missionary, and the other a local a potential convert.” 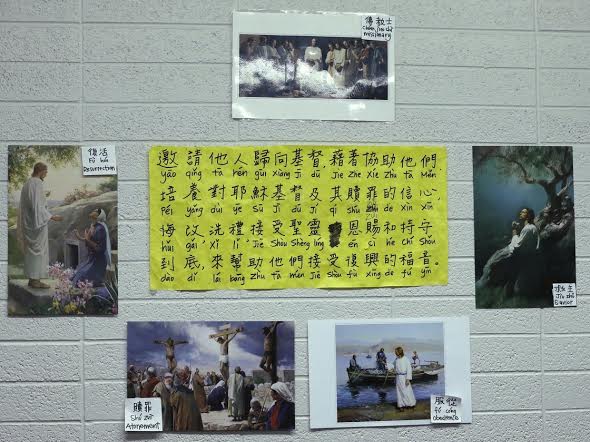 This contextual approach to language learning that so many of our returned missionaries are familiar with, is a novel one in the greater arena of second language acquisition. Setting up real-life scenarios to practice and learn a new language instead of rote memorization and translation is a method that seems to be catching on as other organization see the success of the MTC and follow suit:

“The approach has also gained traction in the U.S. military. In fact, the ties between the U.S. military and the MTC run pretty deep. The Army’s Intelligence Brigade, made up of linguists, is based in Utah and draws on former missionaries to fill its ranks.

The military trains soldiers in much the same way the church trains missionaries; they’re not conjugating verbs, they’re acting out real situations.”

“Many institutions want to know the secret to that efficiency not just the military. The MTC frequently hosts visitors from government, academia and business.

But there’s something that can be hard to replicate outside of the church. It’s the thing that has these young adults smiling and bright as they spend every waking hour focused on their task.”

It seems that, when interviewed, the most frequent answer to the question: “how do you do it?” was, “By the Spirit.”

NPR acknowledged in the article, that though one may not be religious or apt to trust that answer, “the results speak for themselves.”

To read or listen to the full story on NPR, click here.

Many times missionaries sent to countries that speak languages other that that of the missionaries sent there are very much challenged linguistically. They do not remain in that state for very long. With the spirit and the desire and hard work, those missionaries become very fluent. I've sent three of my children to missions where learning another language was required. All of them served, loved, and spoke the language of that mission. One of my daughters served in Tiawan. Chinese is not exactly something you leave the MTC speaking fluently. None the less, the spirit can teach everyone.

I liked being able to read a relatively positive article for once. However, it does give the impression that the language training done at the MTC is much more effective than it actually is. I live in Japan, which is considered by linguists to be one of the most difficult languages in the world to learn and I can say from experience that when the missionaries arrive in Japan they can barely bear their testimony which they memorized in the MTC.