This article originally appeared in The Atlantic and was written by Shira Telushkin. To see the original article, click here. 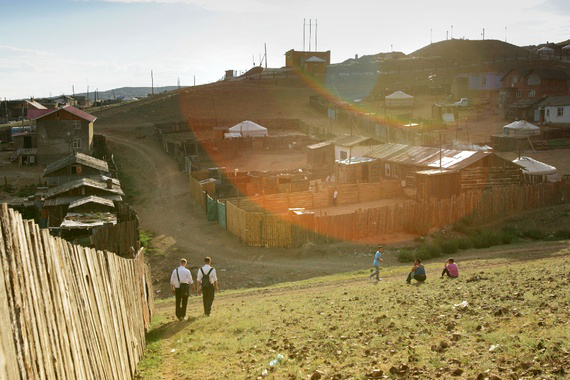 The woman that he was trying to reach almost never picked up her phone, and she lived more than 50 miles away. Plus, he had to watch his gas mileage. So Brandon Gonzales, a then-20-year-old missionary for the Church of Jesus Christ and Latter-Day Saints, stationed in Slatington, Pa., looked her up on Facebook. The young Mormon found that she was almost always free to chat online in the mornings, and soon they were chatting every day. He would send her links to church videos and sermons that explained aspects of Mormon faith, family life, or church theology.

This was 2010, and, as far as most Mormons knew, what he was doing was completely forbidden.

Restrictions on technology have long been a defining feature of life during the Mormon mission, a full-time proselytizing effort that typically lasts two years for men and 18 months for women. Missionaries don’t use personal cell phones, browse the Internet, or even watch movies, excluding certain church-produced films. They read nothing outside of the Mormon scriptures and missionary-relevant texts. They call home only twice a year: on Mother’s Day and on Christmas. Up until April 2013, these missionaries kept in touch with friends via handwritten letters. Today they have access to email on a church-operated server for a limited time once a week. The lifestyle is constructed to minimize worldly distractions, and focus missionaries on the task of preaching their gospel. Which is why it was a pretty big deal that Brandon Gonzales was on Facebook.

He didn’t know it at the time, but Gonzales, who grew up in West Valley, Utah, and now studies accounting in Salt Lake City, was serving in one of several largely secretive test missions, started by the church in 2010 to evaluate the risks and benefits of introducing social media to the mission field. While the church won’t release any data about these test missions, there are at least 30 test missions worldwide, some which have run for two or three years-since 2010-and others are just starting. Some, like Gonzales’s in Philadelphia, were particularly successful with Facebook. At a test mission in West Billings, Montana, each missionary kept a blog to serve as a public face for potential converts. A mission in Moscow distributed iPod Touches to the missionaries, complete with pre-downloaded dictionaries and Russian-language scripture.

The new technology highlights what has always been a dual purpose of the mission: to gain converts and to confirm young Mormons in their faith. As a current missionary, L., explained to me, the general wisdom is that “you have to convert yourself before you can convert others.” (Current missionaries asked to not be identified, as they were not speaking in their capacity as missionaries). By preaching every day for two years, missionaries also testify to themselves. For many, the isolation that came with disavowing social media was critical to their spiritual growth. This was an experience few teenagers in America could imagine-two years without Facebook.