Winter is definitely here and so is all the outside fun ready to be enjoyed by young and old. Here are some outstanding books on the subject. 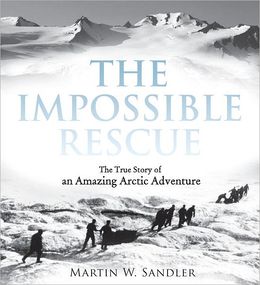 The Impossible Rescue: The True Story of an Amazing Arctic Adventure, by Martin W. Sandler, reads like an exciting story that you can’t put down! But the truly amazing thing is that everything that takes place in this book actually happened!

The year is 1897 and whaling ships hunted off the upper coastal regions of Alaska throughout the summer, and until the water began to freeze in September. But this September, ice began forming unusually early and caught 9 whaling ships off guard. Fortunately, one ship, the Alexander, was able to break free of the ice that was forming quickly. Captain Tilton, of the Alexander, was relieved but realized he needed to get back to San Francisco and alert others of this huge calamity.

There were 300 sailors left up near the top region of Alaska, Point Barrow, and they would have to somehow survive the raging storms, with little shelter, warm clothing and food for months and until the ice broke up again for their ships to move. Their chance of survival was minimal and Tilton knew it! When he got word out upon arriving back to San Francisco after traveling as quickly as his ship would allow in the turbulent fall waters, he heard back from President McKinley. Specific orders were given to rescue these men. The trek would encompass over 1,500 miles of uncharted territory in the midst of winter and icy conditions. The president ordered the securing of 2 herds of reindeer for food for the sailors – and figure out a way to guide these wild beasts to the whalers before they starved.

There were so many significant miracles that took place and had to happen in order for these men to be saved. There’s no mention of miracles in the book, just happenstance. But there is no doubt in my mind that the Lord helped preserve these good men that risked their lives again and again in order to reach the whalers in time. The hundreds of treacherous miles they walked with temperatures reaching 40 to 50 degrees below zero, as well as the vital supplies needed to save all in a limited time was successful.

I was truly mystified that at the end, when the whaling shipmates finally put anchor down in Seattle, no headlines were made in newspapers and even though Americans were aghast at the beginning of this horrific event, the Spanish-American war had just begun and America had its sights on that. There are stunning photos and maps throughout that you will find yourself studying as you read through the events. There is fascinating information about what happened to each of these heroes as well as a timeline found at the back of the book. This is definitely worthy of the Newbery award being announced at the end of this month! 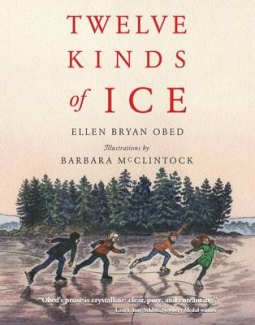 12 Kinds of Ice, by Ellen Bryan Obed, and illustrated with pen and ink perfectly encompassing the thrill of the ice by Barbara McClintock, is a much lighter story but also written from events that happened during the author’s childhood in upstate Maine. Here is another contender for the coveted Newbery award. Ms. Obed has captured the anticipation of ice and the thickness of this water form as youngsters await their skating fun to begin. Each chapter ends with another type of ice as it leaves you hanging to see what that ice will entail. You discover what “kind of ice” will be upon turning to the next chapter. As I was reading this fairly easy chapter book, the imagery and description of each ice event and how the author’s siblings and in some cases, the kids in the neighborhood, celebrated the ice brought images back of my childhood ice skating days while growing up near the icy swamplands near the Great Salt Lake. I loved this book! I got my old skates down from the hook where they hang and thought about the excitement of icy, cold days! This smallish-size book would be a perfect read-aloud for all ages.

I will list a few more books with winter or cold as the subject that are newly published.

The Adventures of a South Pole Pig: a Novel of Snow and Courage, by Chris Kurtz, and illustrated with black ink sprinkled throughout by Jennifer Black Reinhardt, is a humorous story about how a pig decides she wants to pull sleds down in Antarctica. This book is best for ages 9 and up. The rest of the books are wonderful new picture books good for ages 3 to 7.

A Perfect Day, by Carin Berger, summarizes all the fun antics done in the snow.

Baby Penguins Everywhere!, by Melissa Guion, showcases what happens when you find baby penguins in a hat! 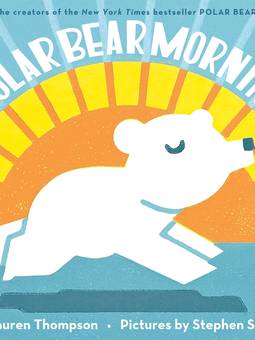 Polar Bear Morning, by Lauren Thompson, and illustrated by Stephen Savage, has a polar bear cub wake up in her den and then she goes exploring.

Nothing Ever Happens at the South Pole, by Stan & Jan Berenstain, is a hilariously funny story about how a penguin walks through his day thinking nothing happens when he actually causes events everywhere he goes. 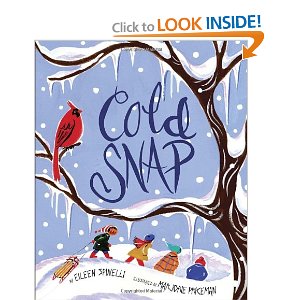 Cold Snap, by Eileen Spinelli, and illustrated by Marjorie Priceman, has an entire town tired of the freezing cold until the mayor’s wife comes up with a warming plan.

Lemonade in Winter: A Book About Kids Counting Money, by Emily Jenkins and G. Brian Karas, has two siblings attempting to sell lemonade during one cold day. There is much to learn here about selling, earning and counting.