Are Children Slaves To The Media? | Meridian Magazine 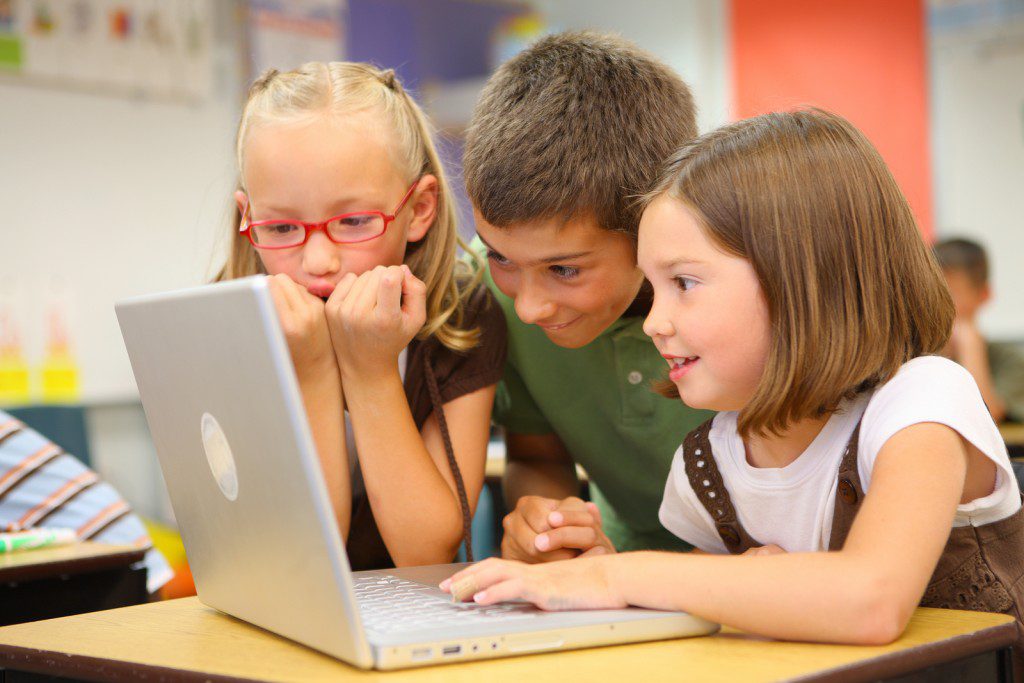 Are Children Slaves To The Media?

“Oh Mom, that is so sad!” said ten year old Porter when he got in the car after our fun family night activity.

“What is so sad Porter?” I inquired.

“That little boy, only about three years old, in the car next to us didn’t want to get in his car seat so he started fighting his dad and yelling. Then the dad said, ‘Here, have the phone.’ As soon as the dad said that the little boy got quiet. Dads shouldn’t reward their children for bad behaviors and shouldn’t give their children adult tools, like phones, to play with as toys Mom.”

To round out the moment I had to ask, “Porter, what would you have done if you were the father?”

“Well Mom, I would teach my little boy to accept no answers and I would correct him when he is out of control like that. I would teach him what calmness is and help him be ready to be calm in his car seat before I even put him there. And, I would not give my phone to my child as a toy. The baby could become addicted.”

Can children become addicted to screens? I hope there is no question in anyone’s mind about this. Of course. I will never forget talking to a local business owner about how they managed their business with a new baby. The mother said, “Oh, it’s so great! The baby loves TV. If I put him in his bouncy chair right here in front of the TV, and just bring him his bottle every couple of hours he is usually good to go for about six hours.”

This description of new age childcare made my heart sink. I couldn’t believe the parent could be so naive about what children need and how addictions are formed.

Media is addictive. TV, movies, videos, computer games, social networks, texting, and video games are all addictive and can cause disruptions in healthy thinking as well as cause fixating behaviors.

I have met three-year-old children who can talk about nothing but games where they build little worlds with cubes. And I have met twelve year olds that think so much about their online games that they can’t follow a line of logic in a regular conversation.

Why Do Parents Encourage Children To Do Gaming?

Some parents confess to me that they have allowed the computer games or computer programming learning programs and things because the child expressed an interest in computers or programming and the parent wanted the child to be able to pursue his mission in life.

And regarding phones, parents say that they want their child to be able to stay in touch with friends and family so that they are happy and safe. This is the reason parents offer phones, so they tell me.

The Irony Of The Situation And What To Do About Addictions

The irony of these two reasons for encouraging media needs to be addressed. When a child is allowed and even encouraged to pursue gaming or some basic programming it doesn’t really prepare them for their future computer related mission because computer programming and functions change all the time; almost constantly actually. What they learned about computers at age ten will be obsolete at age 25.

Additionally computer skills are learned quickly because they have to be, due to the constantly shifting and changing innovations. I only grew up with an old Atari computer when I was young. I occasionally played one game on it and wrote a few papers. But, today I am the owner of multiple websites and am familiar with their functions as well as multiple other sites and their functions that support the functions on my site. My computer knowledge increases so fast because of my necessity to have the capabilities for my mission. This is likely how lasting computer learning happens actually, not by playing funny games when ten years old.

The first thing children need for future success is an understanding of their roles in the family and of how to create lasting, healthy relationships and communications with family members. The family will prepare the child for further social success and over time the child will also strengthen spiritually and academically. The combination of these three elements, family vision through strong family relationships, social development, and spiritual/academic development prepare the child to begin deep training in their field of choice.

Education must happen in the correct order in order for the process to create a person who is well rounded and happy in all aspects of life, including familial communications. Putting the focus on technology before the child has learned to honor parents or to communicate effectively with family members is simply out of order, and could easily lead to frustrations and habits that lead to distracted, unfulfilled living.

What about keeping children safe with cell phones? It’s true, the days of pay phones are pretty much gone. They became obsolete with the invention of the cell phone. And, parents do need to keep in contact with their children. But, giving a child a phone to keep them safe and in touch with family is actually ironic.

More than any other thing, cell phones are disconnecting family relationships. Parents as well as children are spending so much time looking at things and updating things on their phones that they are not connecting with each other sometimes for days at a time. Parents have confessed to me that they know they have I-Pad addictions or phone addictions. They have mentioned how they have made spouses hide their devices during the day so that they won’t be drawn to look at them. Self-government for these devices is the only way to be free and safe from them.

I regularly hear men talk about how they don’t do any social networks or technology stuff because it just isn’t safe. They are self-governing. They know the pornography and gaming temptations are too great and have hurt their families in the past, so they just turn off the devices too. These are successful stories, but there are many, many stories that are not successful.

To give a child an addictive device and call that safe is ironic to me. The amount of unsafe content and texts just increased, and the amount of time not spent with family connecting by talking, reading, playing games etc. just went down. Even when at home, youth or parents might not really be at home. Location is not the same as an investment in the people you are with.

It is true that we rely on devices to keep track of our children now days. Even though I do think it is still a good skill to teach children to come home by a certain time and to tell parents exactly where they will be, I do see a need for cell phones sometimes.

Our family has a “kid-phone”. This phone doesn’t do anything special. It is an old slide phone that can’t even send a picture on a text. No data is on the phone either. This phone belongs to Mom and Dad and we allow children to use it when they are driving somewhere or babysitting at a home that doesn’t have a landline etc. No one can call the phone theirs, and the parents are in charge of who gets to use it and when. This has been our solution. They know how to accept no answers and accept no answers about having their own phones etc.

Our solution to the computer skills development issue is this. We teach our children that computers and electronics are adults tools, not toys, and we teach them to use the computers etc. in adult ways. So, my children run aspects of our family businesses and websites and make family scrapbooks as well as do genealogy and write papers etc.

We have not seen a need for game playing. This is not to say my children have never played a game before. I even bought a game once for my children to use when they visited grandma’s house. Grandma has a game station and the children are given a bit of time to use it every so often, so of course I picked the game that would live at Grandma’s house.

Over the years, we have also played a few typing games and foreign language games for some learning. However, these games were presented for occasional options during some down time on a Saturday afternoon or something.

During these media-driven days families need to deliberately decide what their attachment to media will be. What boundaries will the family have and why? How does the family want the children to view media and what level of an attachment is healthy for the child’s future relationships and current family relationships?

Asking questions like these help families deliberately decide what media choices will put their families in bondage and what choices will help them become freer.

Media is not evil, but has definitely been proven to be addictive and to have negative consequences if not governed properly.

If parents don’t make media boundaries for their family the children will run the risk of become slaves of media, and the parents may also suffer a similar fate.

With proper self-government teaching and appropriate media boundaries the family will be free and have lasting positive impact on those around them. And, like my ten-year-old son Porter, they will never see the world the same again.

Media abuse is often simply a symptom of deeper family relationship problems. These same kinds of problems existed before the era of modern media technologies. It's just that the symptoms presented themselves in different ways. Given that media is so omnipresent in our culture, its usage patterns can provide easily observable insights into family relationship health.