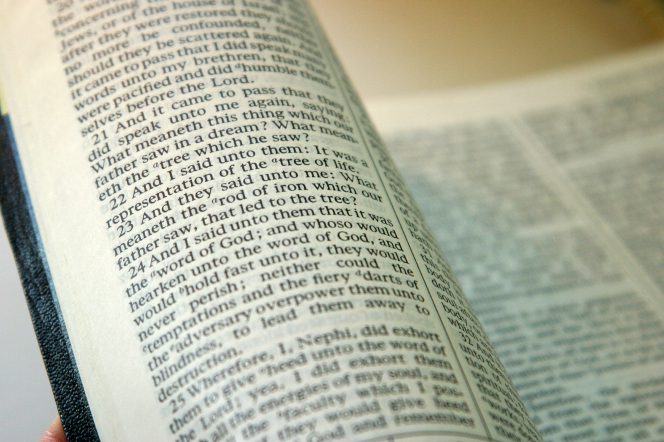 Another Surprise in the Dictated Language of the Book of Mormon

The following was written by Jeff Lindsay for the Mormanity blog.

For those of you following the surprising findings regarding the language of the Book of Mormon as originally dictated by Joseph Smith, there’s a new set of data to consider that shatters some common assumptions.

For many decades, Latter-day Saints naturally assumed that Joseph Smith dictated the Book of Mormon in his own language. Exactly how was always unclear: was he given precise information in his own dialect, or just general concepts that he had to express in his own language with a KJV twist, or was there some other route? From what we learned through Royal Skousen’s detailed work on the Book of Mormon manuscripts about the text that Joseph’s scribes recorded language directly from his dictation, some of us felt rather embarrassed at just how awkward that dialect was, loaded with objectionable “hick” grammar.

Then came further surprising findings from Royal Skousen that many of the things we took as bad grammar are actually acceptable grammar from the Early Modern English era, but with features that cannot simply be obtained by imitating the King James Version of the Bible. This has been expanded with detailed work from Stanford Carmack showing that many features correspond with Early Modern English from a couple of decades or so before the KJV. So strange! But that’s what the data demonstrates.

In response, proposals for a non-miraculous translation of the Book of Mormon then included the idea that this non-standard patterns from Early Modern English represented artifacts that persisted in Joseph’s dialect while becoming extinct in standard English. For example, the awkward “in them days” found in the dictated text is still found in places like York, England (at least among some of its educated people). So in light of the newly discovered Early Modern English content in the Book of Mormon, it is natural to assume that all those awkward expressions in the dictated Book of Mormon represented fossilized archaic forms in Joseph’s dialect, mingled with scripture and scriptural language from the KJV.

However, this latest assumption that all these Early Modern English forms were just part of Joseph’s odd dialect can be tested in several ways. The most direct way is to look at Joseph’s own language in a time frame close to the Book of Mormon project and see if those fossils of Early Modern English actually exist. This is what Stanford Carmack has done in his latest contribution, “How Joseph Smith’s Grammar Differed from Book of Mormon Grammar: Evidence from the 1832 History,” in Interpreter: A Journal of Mormon Scripture 25 (2017): 239-259. Here is an abstract:

Some of the grammar of Joseph Smith’s 1832 History is examined. Three archaic, extra-biblical features that occur quite frequently in the Book of Mormon are not present in the history, even though there was ample opportunity for use. Relevant usage in the 1832 History is typical of modern English, in line with independent linguistic studies. This leads to the conclusion that Joseph’s grammar was not archaizing in these three types of morphosyntax which are prominent in the earliest text of the Book of Mormon. This corroborating evidence also indicates that English words were transmitted to Joseph throughout the dictation of the Book of Mormon.

The intricate details of the language in the dictated text suggest that its origins were not merely from Joseph’s mind and tongue. Something else was going on. There is a fingerprint in the text that has been before us all these years, only now being brought out through detailed forensics. Call it miraculous or just a perplexingly clever fraud aided by unknown experts in Early Modern English, or maybe something else? In any case, the data compels reconsidering our lazy assumptions about how and what Joseph dictated.

I too would love to see examples of what you are explaining. I'm a little confused by what it all means. As for the hat "Vardell" wrote about in comments, if in fact he used a hat my guess is it was so he could clearly see the words more easily...like watching a movie in a dark theater. In today's era it truly shouldn't seem strange at all that someone could visually see words shining at them, or however they looked to him, while using a device that seems magically lit and put inside a dark object (a hat in this case) so it can be seen more clearly. Our entire modern life is "Magically lit". 3-D virtual reality, with its strange looking head gear, is baby steps in the direction of technology our Father in heaven uses. Obviously the technologies he used for Joseph's translation are just not discovered quite yet. They require faith as well, which starts with thoughts, which leads to energy which drives movement, which is also in the forefront of modern technology in the use of limb prosthetics and other devices...Just a thought.

Very interesting points presented. However, a few examples would have been appropriate and demonstrative.