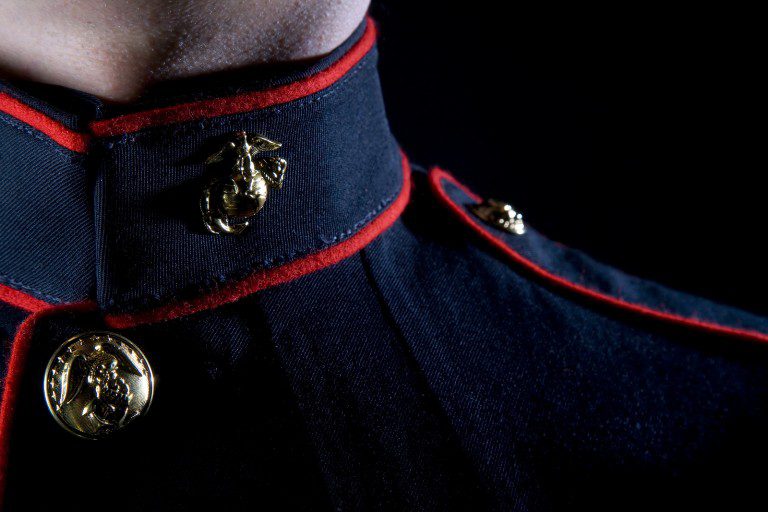 High school class reunions are always interesting. The women that were trim and beautiful are much heavier. Those of us men who were star athletes, running the mile in around four-and-a-half minutes, can’t walk thirty yards without stopping to rest.

My ten-year class reunion was especially interesting. Though everyone looked different, we were still able to figure out who each person was. At least, we were until a man walked in, dressed in a Marine uniform with a captain insignia. He was about six-and-a-half feet tall and rippled with muscle.

Lenny, who was also in the Marines, was astounded. “How could anyone become a captain in only ten years?” he asked.

No one in our group had any idea. The tall Marine made his way over to the refreshment table and loaded a plate. He visited with people here and there, but even after these brief conversations, no one was any closer to knowing whom he was.

“Maybe he’s just a stranger who saw we had food and came to join us,” Lenny said.

“Why don’t you go tell him that’s improper?” Rand asked.

“Are you crazy?” Lenny replied. “I’m only a sergeant, and I thought I was doing well to get to that rank. Besides, he could probably take any ten of us here and put us in the trash can like some of us used to do to the younger kids.”

“My concern,” Dallen said, “is whether I ever mistreated him in high school.”

Lenny turned to me. “Howard, you never had any enemies in high school. Why don’t you go find out who he is?”

That statement was basically true. In first grade, I had been bullied, so as I got older, bigger, and stronger, I tried to be kind to those whom others often picked on. I couldn’t think of anyone I didn’t feel was my friend. So, with the encouragement of the others, I approached the big Marine.

I struck up a casual conversation with him, hoping to learn who he was. I asked him about his family and life. He told me lots of things, but nothing that helped me determine who he was. I could see the last name “Heston” sewn on his uniform. But the only person I knew with that last name had been a small boy named Jesse, who had been under five feet tall when we graduated. He was the school wimp. I had stood up for him many times. More than any other boy he had reminded me of the bullying I received in my painful grade school years. I looked at this big Marine and knew he couldn’t be Jesse.

Still searching, I asked, “How did you rise to the rank of captain in such a short time?”

He smiled. “Do you remember the time we were juniors, and I got sick from running the mile in gym class? The seniors were going to make me run another mile, but you told them no. Your confidence and determination caused them to back down and leave me alone. I have tried to model that confidence and determination and mix it with the kindness you showed me. A person can never go wrong with kindness.”

I gasped. He was Jesse, and he was at least two feet taller. I took him with me back to the group.

“Hey, guys. You all remember Jesse Heston, don’t you?”

I could see by the fear in their eyes that they did. Too many of them had picked on him. Some of the worst offenders started groveling.

Jesse just smiled and said, “It’s sure good to see all of you again.”

I was grateful that I had tried to always be kind to him, even though I knew I could have done even better. We had a nice visit. And after the class reunion was over, there was one thing that always stayed with me, and that was what Jesse had said and had shown in how he acted.

“A person can never go wrong with kindness.”

This is a beautiful story! I'm eager to share it with my teenage boys today. Thank you so much for writing it!