A Heartfelt Thank You and a Stunning Announcement | Meridian Magazine 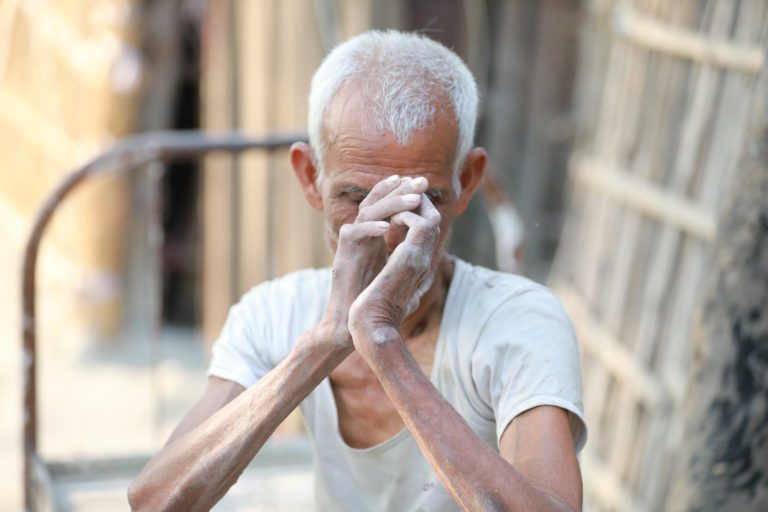 A Heartfelt Thank You and a Stunning Announcement

Dear Meridian Readers:  You exceeded the goal! Together you raised $204,532. Unbelievable! At Rising Star Outreach, we have been truly overwhelmed by your beautiful and gracious response. This amount will be matched by a wonderful anonymous donor, bringing our grand total to an amazing $409,064.  Absolutely incredible! And donations are still coming in!

The most humbling number in this campaign is the sheer number of Meridian Readers who responded to this campaign: 1,577.  Nearly sixteen hundred people!! This is a breathtaking number to me! It’s hard for me to imagine so many people responding so generously. Interestingly, money came in every single day of the campaign.

For many of you, your donations were a tremendous sacrifice. I am reminded of the beautiful story of the widow’s mite in the New Testament. We had several people donate $5, with an attendant note of how much they would like to give more but wanted to help in even the smallest way. These donations just make my knees weak! I am so moved by your willingness to sacrifice for people you have never even met.

At Rising Star Outreach our progress has often been marked by remarkable sacrifice on the part of those who work with us. Their stories have often brought tears to my eyes. I believe with all my heart the words in one of our hymns that states, Sacrifice brings forth the blessings of heaven. I have seen this principal at work over and over again. People have often asked me why I thought Rising Star Outreach had grown so quickly under such adverse conditions as exist in India. I’ve had to answer that it has been the result of the many sacrifices of those who believe in our work. I believe that these sacrifices have brought God’s power into our programs.

The other humbling thing about your response were the words of love, support and encouragement that accompanied so many of your donations. Most of these lovely notes included a thanks to us for giving people this opportunity to participate in the project.  Seriously?  Thanking us??!  Many of your sweet notes invoked God’s blessings on our work. Thank you!

I have spoken at many forums across the U.S. on the Power of One. Ours is a story of four housewives and a secretary who gathered around a kitchen table one morning to respond to an experience one of us had had in India, encountering people suffering from leprosy. This was in 2001. That morning Rising Star Outreach was created. The rest is history! Since that day many millions of dollars have been raised and tens of thousands of lives have been lifted—all because four housewives and one secretary decided to do something!

While there is an inherent power in each one of us to make a difference in the world, when hundreds of people come together, that power is multiplied many times over. I believe this is what has happened in this campaign.

We are grateful to every one of you who believed in us and who felt moved to support our effort to bring a new campus to the children of the Little Flower School in Bihar. As these children graduate, go on to college, and find meaningful ways to become productive citizens of India they will be able to find their dreams becoming reality. But it doesn’t stop there! As they marry and have children of their own, those children’s lives will be vastly different because their parents had the opportunity to attend this school. And as those children marry and have children, the numbers become HUGE. When you lift one child, you lift generations! I don’t believe that any of us in this life will ever realize the impact that building this school will have over generations of young lives.

I believe that blessings are already being poured out on us. I wrote earlier about the frustration that the world has had because there is no vaccination for leprosy. Without a vaccination the disease can never be eliminated, it can only be controlled.

Then in India two weeks ago, I had the unique opportunity to meet Professor Talwar. The meeting was set up by one of our Board members who is the sister-in-law of Prof. Talwar. Talwar is a remarkable man who has devoted his life to finding a vaccination for leprosy. He is now 92 years old—he has spent 36 years in this pursuit!

He gave us the wonderful news that his work was now completed—he has created an effective vaccination! It has been vigorously tested and has now been approved by the medical organizations of India and by the U.S. FDA. This news took my breath away!

Talwar has been very impressed with our work. He graciously agreed to write the pharmaceutical company producing this vaccine and request that we be able to purchase it at cost (roughly thirty cents a dose.) It will be sold to others at $16/dose. Remarkable!

I believe we literally stand at the turning point of history now. For the first time in history the world has the unbelievable opportunity to actually eradicate this disease that over the past two thousand years has destroyed literally hundreds of millions of lives.  The suffering it has caused is unspeakable.  I get chills clear down to my toenails when I think of what a legacy we can now help to leave the world—the legacy of a disease eradicated that has cursed the world for far too long.

For all these reasons, this is truly a day of rejoicing at Rising Star Outreach! Thank you for your part in this!

Has homeopathy been looked into as an option at all? I know homeopathy is widely used in India and using homeopathy to treat leprosy or even prophylactically as a preventative would be less expensive than a vaccine and would be safer and more effective.

Oh Becky, my heart is rejoicing and my grandchildren and I are doing a happy dance all the while I am both laughing and crying. Praise God!! What can we do to help get this vaccine to our dear brothers and sisters who need it?? Thank you for all you and all at Rising Star Outreach for the blessings from heaven you call down and administer.