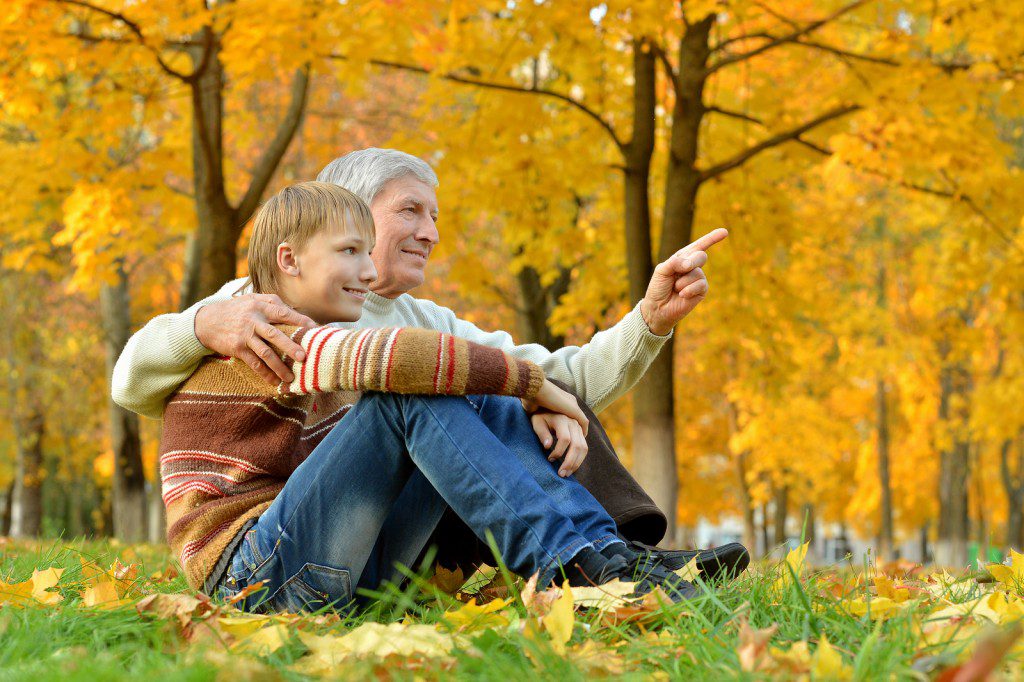 In this ongoing series, LIFE IN FULL, we are writing to Baby Boomers (those of us in our 50s, 60s, and 70s) about how to maximize our Longevity and our Legacy. You will find new episodes here every Tuesday and Thursday, and you can read the overview and catch up on earlier articles in this series by clicking here. Today’s article is actually part of a series within a series as we talk about grandparenting for the fifth time.

Earlier this week (in Tuesday’s column) Linda wrote of some of her wonderful experiences with our grandchildren at what she calls “Gramie Camp.” She is such a conscientious grandmother that a few years ago I (Richard) felt shamed into coming up with some kind of Grandfathering idea that would allow me to try harder to be a guiding influence in our grandkids’ lives.

As I pondered what I could do, I knew the key to success was to come up with something relevant and identifiable and to connect it to some kind of mystery and some kind of reward.

So I told our three oldest grandkids, 11, 10 and 8 at the time, that there were four secrets I had learned that I wished I had known when I was their age. The word “secret” got to them a little, but I still needed more—more intrigue and more motivation.

So I found some rare South American stones at a rock hound place—polished rocks that I knew were different than anything they had seen—and I named them “The Bear Lake Rocks” in honor of the place where the three of them are always together at our family reunions. I told them that if they could memorize the four secrets I was about to tell them, and if they could give at least one example of how the secret might play out in a real life situation—that I would give each of them one of the Bear Lake rocks so that rubbing their soft, polished surfaces would remind them of the secrets they had memorized.

The word “secrets” and the intrigue of the Bear Lake Rocks seemed to work its magic, and they begged to know the secrets. We went on a little hike together, just me and those three oldest grandkids—for the specific purpose of finding a nice secluded spot in the mountains where I would unveil the secrets.

The four initial secrets were:

They memorized them more quickly than I could have imagined, and the discussion that followed was priceless. In the open, unguarded words of pre-adolescents they talked about the first secret—about followers and leaders and about how hard it is to go against the crowd. On the second secret they thought of examples among their friends of exclusive little clicks and “bad popularity.” On the third secret they had comments about how you could decide to be happy even when you were having a bad day. And on secret 4 they talked about how much they liked each other and how glad they were that their parents were siblings so that they would always be cousins.

When that initial hike-and-talk was over, they proudly took possession of their special, polished rocks and promised to stay in touch by facetime and texts from their respective homes in Utah, Arizona, and Southern California. Before long they each had some real life examples to share about each of the secrets.

Since then, we have added to the list of secrets—there are now 8 of them—the list grows by one or two each summer, and they are, to a degree at least, becoming self-fulfilling prophecies and are being passed on to younger cousins, with the older ones acting as their tutors.

It’s not a panacea, but it has helped on numerous levels, including deepening my relationship and relevance to each of these beloved grandchildren.

I have written these special "Secrets" in my "Memories" book so we can share them with our precious Grandchildren.Are you able to share the secrets your Grandchildren have added?