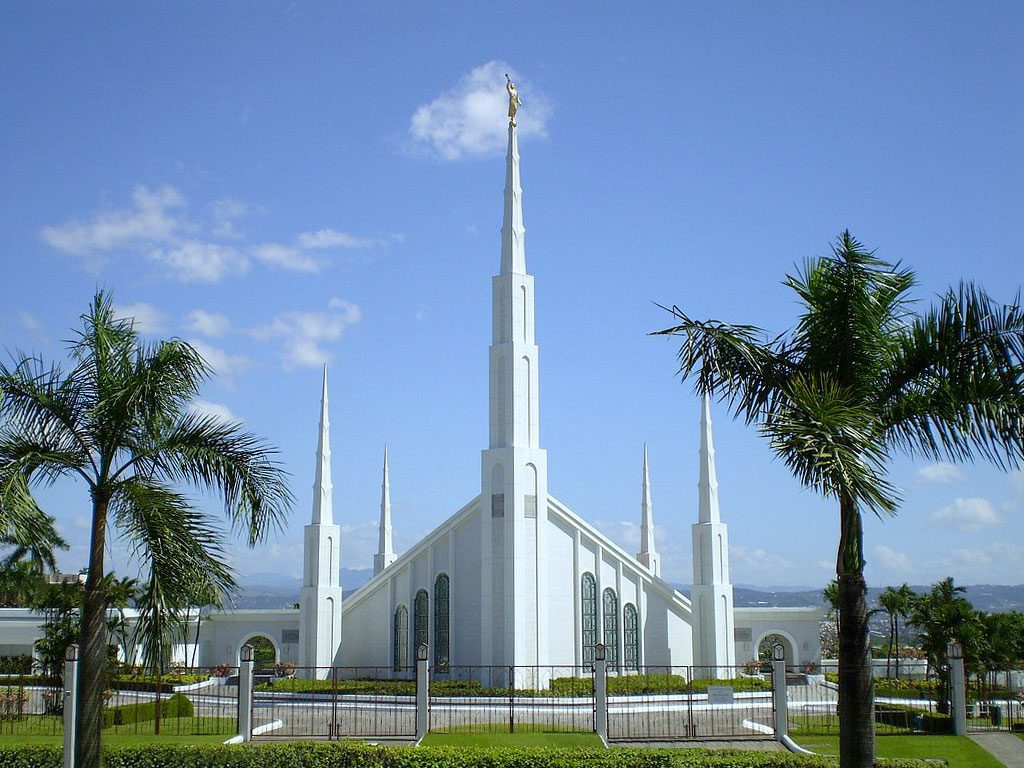 Through the years, temples have had direct or close encounters with brush fires, sand storms, tsunamis, blizzards, tornadoes, hurricanes/typhoons, flooding, and lightning strikes.

For the most part, the temples dotting the earth have withstood these forces with very few consequences. This is partly the result of the high level of construction integrity utilized in all of the latter-day temples. Brigham Young established this incredibly high construction standard starting with the Salt Lake Temple: “When the Temple is built I want it to stand through the millennium, in connection with many others that will yet be built.”

Today, temple builders have faithfully perpetuated this tradition of construction excellence. To protect against earthquakes, temples are often built to far exceed local seismic building codes. For example, although the Sao Paulo Brazil Temple was built in a region with minimal seismic activity, the foundation was built strong enough to sustain another 13 stories, making the structure virtually earthquake proof. The Redlands California Temple was built in an area frequented by many seismic events. According to the temple’s construction missionary Elder Jerry Quinn, “The massive reinforced concrete foundation and walls create a building with a seismic rating designed to withstand two levels above the largest earthquake ever recorded in California. There has never been a recorded earthquake in California that would even touch this structure. Redlands’ City inspectors were so impressed with our building that they used photos and data from this building to show other contractors how they should build.” And while these temples are built sturdily, it doesn’t mean that others haven’t been damaged or affected by natural disasters. Here are some incredible stories from just a few.

IN THE PATH OF HURRICANES – Baton Rouge Louisiana Temple

In 2005, the Atlantic hurricane season proved to be the most active season in recorded history. Category 5 Hurricane Katrina was the costliest natural disaster in the history of the United States. President D. Gregory Brumfield and Sister Alicia Brumfield served as the temple’s first President and Matron (2000-2005). Hurricane Katrina proved to be the most dramatic experience of their five years of service and occurred only months prior to their release. Of the experience, Sister Brumfield related the following: “The President and I knew the storm was coming so we went to the temple to lock it up and make sure everything was secure. Before we left, we said a prayer… you know if there is something large in a river, the river goes around the object on both sides… that is exactly what happened at the temple. The hurricane went around the temple on both sides and we sustained very little damage.”

“After being closed for a couple of days we opened the temple. We only had a couple of temple workers but we knew we needed to be open for those who wanted to come to the temple. Our policy was, ‘The Lord will provide and He will take care of us. We just need to move forward.’ ”