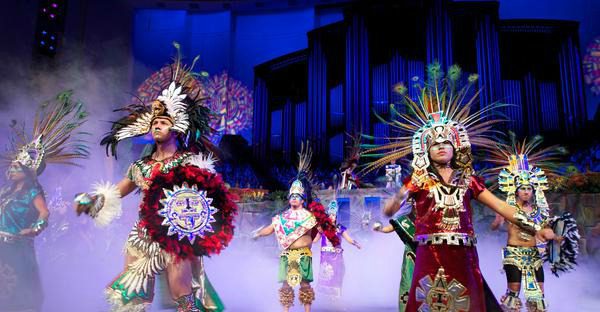 2,000 RMs to perform with David Archuleta

Two thousand returned missionaries for The Church of Jesus Christ of Latter-day Saints will don their name tags Oct. 23-24 as they participate in the church’s 2015 Latino Event at the Conference Center in Salt Lake City.

Returned elders and sisters under the age of 30, married or single, are invited to participate in Luz de las Naciones: Juventud de la Promesa, where they will join singer David Archuleta and the program’s cast for a special performance.

“In order to kind of show the power in numbers of those who accept a mission call, we want to have this missionary march that, during a very key part of the program, missionaries, like in the days of the stripling warriors, will accept their calls and take their places and march forward to be instruments in the hands of the Lord,” said Elder Jorge T. Becerra of the Seventy.

The stripling warriors were 2,000 young men mentioned in the Book of Mormon who made up the army of Helaman. The stripling warriors credited their trust in God to their mothers’ examples of faith. During the program, Archuleta will relay that story before performing a duet with his mother.

To learn more, read the full article at Deseret News.