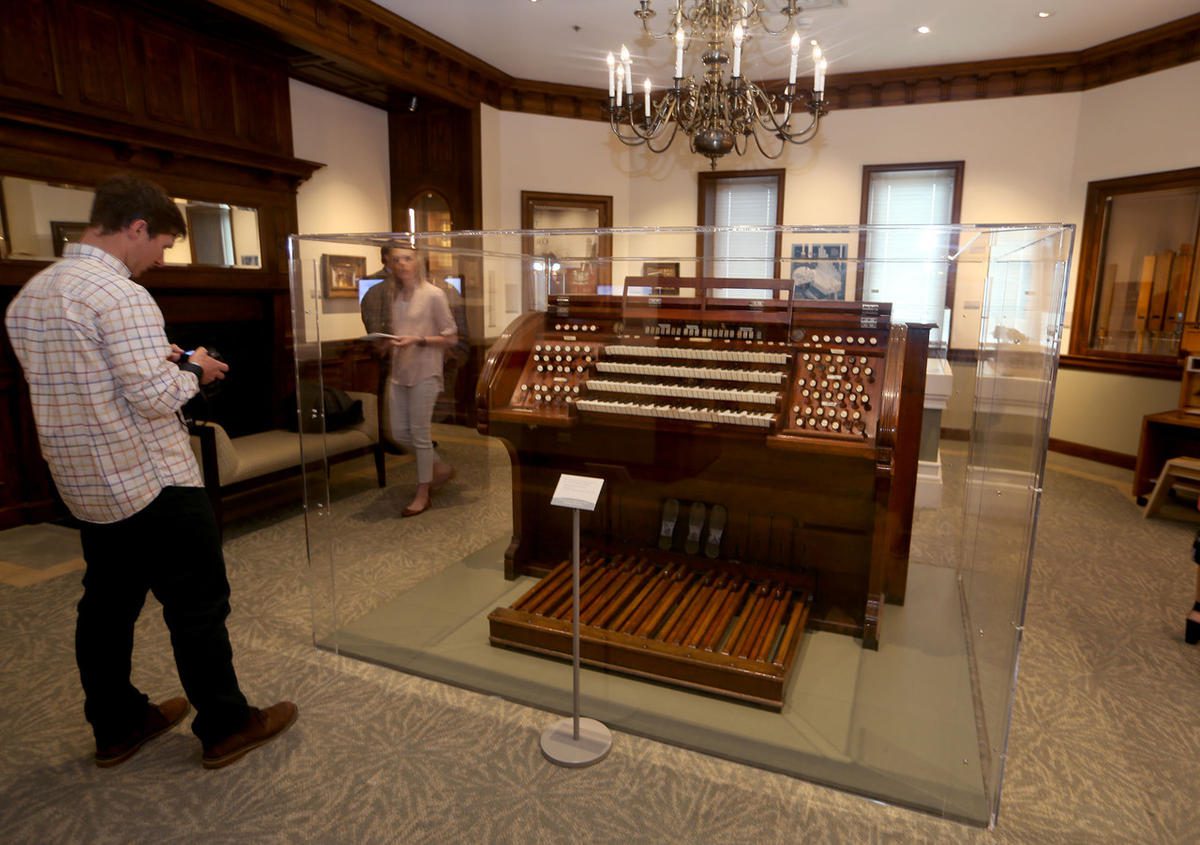 The world famous Salt Lake Tabernacle Organ has a landmark birthday this year, and the Church History Museum is celebrating with a new exhibit.

It was 150 years ago at the 1867 October general conference that the as-yet-unfinished organ made its public debut.

Since then, the larger pipes that make up its façade have become a familiar sight worldwide, an “iconic backdrop for meetings and events broadcast throughout the world,” as one of the exhibit titles characterizes it.

The museum exhibit opened May 19 and will continue through April of next year.

The instrument has grown and evolved greatly over the years as its fame has increased. The exhibit highlight’s the organ’s history in artifacts, artwork and displays.

Entering the room on the museum’s second level, where the exhibit is contained, one is immediately drawn to the organ console in the center.

That console was used from 1901 to 1915. Its relatively short lifespan was not due to it being worn out from frequent use, as one might suppose, but just the opposite.

“In those days, it wasn’t used a lot,” said Harry Cross, a registrar at the museum and, with an academic background in organ, the creative consultant for the exhibit. “The reason it only lasted 15 years is it deteriorated from lack of use. The best way to keep an instrument like an organ operational is to use it. It’s just like your body — if you don’t use your limbs, you’ll lose the use of them. It’s the same with the console: Parts deteriorate or dry out if they’re not used.”