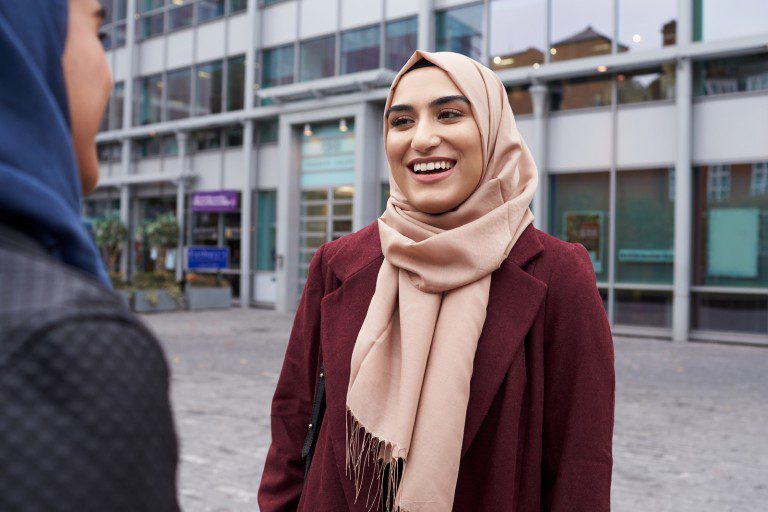 According to Pew Research findings, the number of U.S. adults who do not identify with any religion is growing. This trend is particularly stark among millennials and it’s become common place to hear young people say that they consider themselves “spiritual, but not religious.” But recently, Interfaith Voices, a public radio show fostering exchange and understanding between religious groups, featured a group of women from all faiths who are “choosing rules”. These women are not only embracing religious practice, but in many cases they are living in a way that is even more ritualistic and traditional than their parents.

For example, the show features the story of a young woman who, even after attending the all-female Wellesley College–“bastion of feminism” and alma mater of Hillary Clinton, found her way not only back to the Judaism of her upbringing, but is now practicing Orthodox Judaism. This despite an initial impression that Orthodox Jewish women must be oppressed to live the way they do.

The episode also features two Muslim sisters, one who chooses to wear a hijab (headscarf) and one who does not; a black Orthodox Christian woman who struggles to find her place between warring conservative and liberal sensibilities, and a Catholic convert who, despite living in a society that tells her to act on her same-sex attraction, has chosen to live celibate to honor God.

“Something I notice a lot in my reporting is the sense that people are searching for something,” says the guest host of this episode Emma Green who writes about religion for The Atlantic. “Many young people tell me they feel lost in America’s secular, liberal culture and they want to find ways of living that are more meaningful and deliberate.”

This radio episode entitled, “Women Who Choose Rules” gives a fascinating look into just how women of all races and religious backgrounds are going about finding a more meaningful way of living and how religious ritual and not just spirituality, plays a part in that.

Click here to listen to this episode and learn more about the women featured.