Why Utah is Becoming a Center for Technological Entrepreneurship « Meridian Magazine 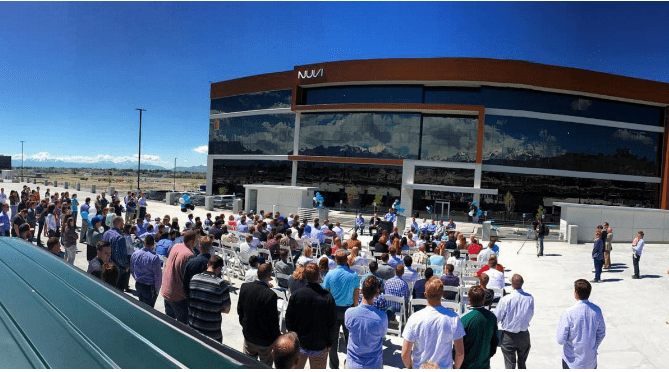 Why Utah is Becoming a Center for Technological Entrepreneurship

Unicorn companies, Silicon Slopes, and high-tech mecca — all phrases that have investors turning their heads in recent years to look at Utah’s entrepreneur potential.

Utah was ranked No. 1 in innovation and entrepreneurship and No. 2 in high-tech performance by the U.S. Chamber of Commerce this year, and it has also recently landed the number one spot on CNBC’s America’s Top States for Business.

This attention may seem unexpected, but the Beehive State has a history with successful tech companies such as WordPerfect, a word processing application created in 1979 by two BYU alumni: graduate student Bruce Bastian and computer science professor Alan Ashton.

Utah is now home to several “unicorn” companies, or companies that are worth $1 billion on paper. Businesses such as Domo, Vivint Smart Homes, Qualtrics, Pluralsight and InsideSales, started in the 1990s and have become notable unicorn companies.

In the 2000s, more companies headquartered in Utah cropped up, creating a series of tech companies dotting the Wasatch range between Davis and Utah counties. The corridor earned the moniker Silicon Slopes, a reference to its startup culture that is similar to that of California’s Silicon Valley.

Today, there are 4,388 technology companies in Utah that employ more than 53,000 Utahns. According to siliconslopes.com, these companies employ 8.6 percent of the state’s workforce and provide 14.3 percent of Utah’s payroll.

Several factors have scored Utah the number one spot in tech employment growth in the western region. Utah stands at a 6.69 percent combined tax rate. This is a welcoming statistic for start-ups who want a financially promising start.

The Parental God: How Christ’s Love Carries us Home to our Heavenly Parents