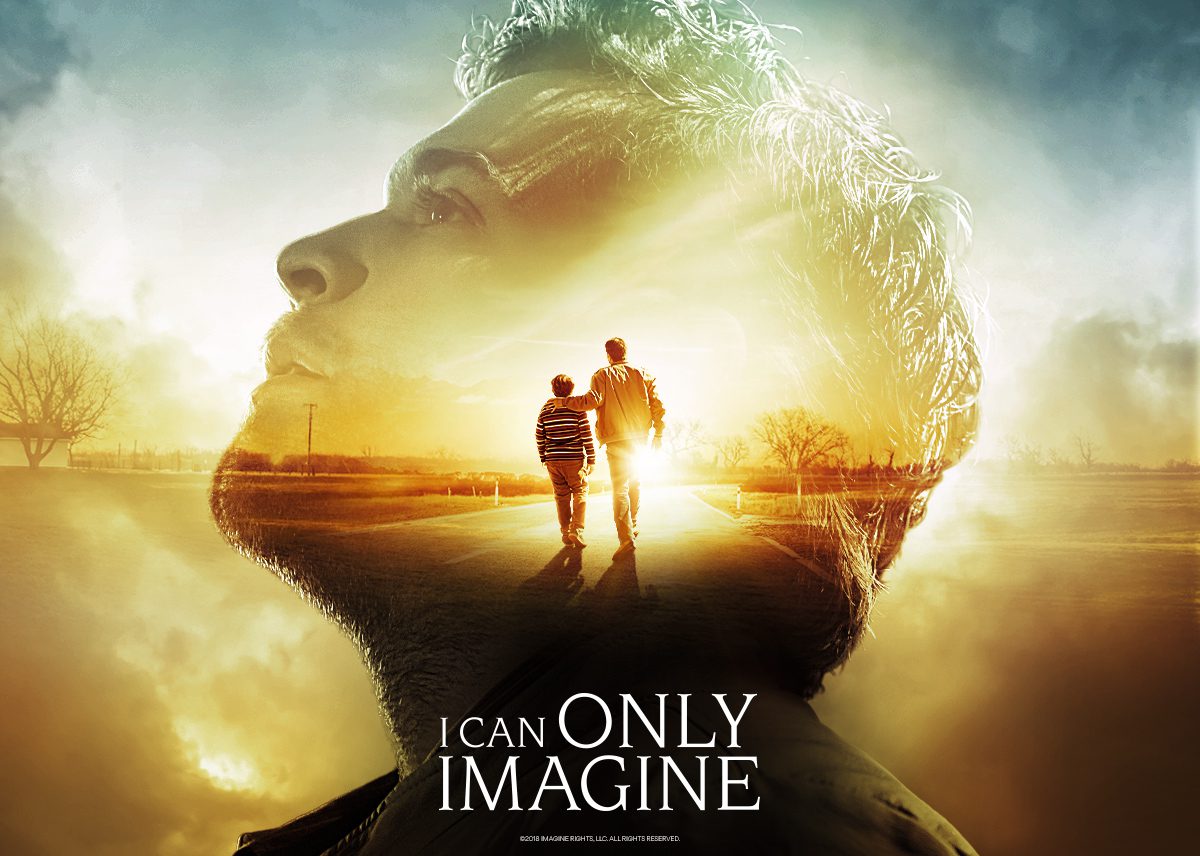 Why See ‘I Can Only Imagine’ Before It Leaves Theaters

Mormon Moviegoers help you make informed decisions by reviewing films for artistry, content, and Gospel parallels. It was founded by Jonathan Decker of Ask a Mormon Therapist. For daily reviews join our Facebook group.

WHAT’S I CAN ONLY IMAGINE ABOUT?

Imagine what it would be like to walk with Jesus.  That’s the crux of the story line of this movie and the best-selling song by the popular Christian band “Mercy Me.”  Timed perfectly for release during the Easter season, its opening weekend earned an impressive 17.1 million dollars, making it Roadside Attractions’ biggest box office debut to date. Rent or buy it here.

I Can Only Imagine is the most played Christian song of all time.  Want to talk about the movie or its message? Go to: www.ChatAboutFaith.com

First of all, it’s always great to see people in the theater supporting this and other Christian, faith-based films.  Christian movies have a terrible reputation for being cheesy and amateur, but this one was pretty good.  It’s a true story, which always makes it even more inspiring.  At the very end of the movie, you get to see footage of the real band “Mercy Me.”  The release of the famous song “I Can Only Imagine” was on March 16, written as 3/16, in honor of the most famous Bible verse of all time (John 3:16).  It’s the highest selling Christian song in history so far.  Bart Millard (the one in the band who wrote the song) makes a cameo appearance as the first DJ to open a CD case of the song at the end of the movie.  You also get to hear a few other songs from Mercy Me during the film.

The cast was very good.  It was great to see Cloris Leachman in a movie again!  I’ve always gotten a kick out of her.  I think the first time I ever saw her was when my dad took me to see the movie Young Frankenstein. I loved that she was the one who said, “Mercy me!” and played Bart’s grandmother who inspired the name of his band.

Michael Finley did a great job as Bart Millard. This was his first movie, but I’m sure we’re going to see a lot more of his talent. Unfortunately, it was kind of silly to have him play a teenager in high school; he looked WAY older than any of the other students. Shaving off that beard could have helped.

You get to see Amy Grant. I’ve always loved her and her Christian music.  I really love what she did for Bart in this movie.  You also get to see the real Rick Burgess, and Bill “Bubba” Bussey Jr. playing themselves.

The Amazing Grace scene was very sweet and powerful.  The ending concert is also very sweet and made me cry.  The story focuses on the redeeming love of Jesus Christ and how we need to forgive others.  There is a scene where Bart is being interviewed by Amy Grant and he tells her about how he wrote the song.  He talks about the love and power of Jesus Christ, but he confesses that he never really knew that Jesus Christ could change someone so completely.  That was the reason for having a Savior, isn’t it?  We all need to be saved and changed into something better in order to return to live with our Heavenly Father.  Our God is a powerful God.  The gospel of Jesus Christ is real.

I Can Only Imagine is rated PG.  Things to be aware of for parents is that the movie deals with abuse and death.  Those are delicate, frightening subjects for children and adults.  Bart Millard was abandoned by his mother when he was a little boy, so there might be some little ones who are surprised or worried by that.  The good news is that there is no profanity.  It’s a movie that a family could watch and then talk about afterwards.  Young children may be bored, but the message is for all ages.

Trina Boice is an author of 23 books and teaches online for BYU-Idaho in the Pathway program. She received the Young Mother of the Year honor in 2004, an award that completely amuses her 4 sons. She’s a popular international speaker in China and writes movie reviews at www.MovieReviewMom.com You can find her books in LDS bookstores, on Amazon, and at www.TrinasBooks.com
2 Comments | Post or read comments