What Does it Mean to Be a Witness? | Meridian Magazine 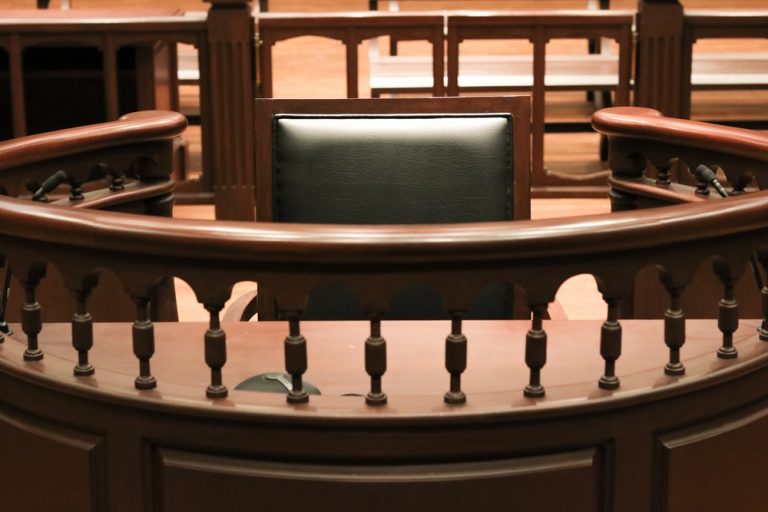 What Does it Mean to Be a Witness?

We tend to make more progress, spiritually, in times of stress, sorrow, sadness, opposition, and difficulty than in times of ease.  It’s rather like going to the gym, I suppose; exercise with fifty-pound weights builds more strength than does working out with half-pound weights.  Or, as the great thirteenth-century Muslim poet and mystic Jalal al-Din Rumi put it, “The wound is the place where the Light enters you.”

That doesn’t mean that we enjoy it.  And it doesn’t always mean that, while it’s happening to us, we can see good in it.  Sometimes, it’s just horrible.

From time to time, I feel moved to post this item, which I first wrote many years ago.  I feel impressed to do so yet again.

Other books and materials could easily be added to this list, addressing these and scores of other specific topics, but these will do for starters:

I’m sometimes contacted by people who’re experiencing doubts about the claims of the Church of Jesus Christ of Latter-day Saints or whose spouse or father or daughter has lost faith.  I always ask what the specific issues might be, and I then try to address those or to locate colleagues or published resources that might help resolve their concerns.

I think that such efforts are extraordinarily important.  Elder Neal A. Maxwell, for whom the Maxwell Institute was named, was fond of Austin Farrer’s praise of the great C. S. Lewis: “Though argument does not create conviction,” Farrer wrote, “lack of it destroys belief. What seems to be proved may not be embraced; but what no one shows the ability to defend is quickly abandoned. Rational argument does not create belief, but it maintains a climate in which belief may flourish.”  (See Austin Farrer, “Grete Clerk,” in Jocelyn Gibb, comp., Light on C. S. Lewis [New York: Harcourt and Brace, 1965], 26.)

Farrer’s words  long served as a kind of unofficial motto for several of those who were associated with the Foundation for Ancient Research and Mormon Studies (FARMS), which later became the Neal A. Maxwell Institute for Religious Scholarship.  I think that motto was entirely appropriate.

I don’t, however, like to play only defense.  I don’t want to spend all my time putting out brushfires, playing catch-up, responding to crises. To use a very popular modern buzzword, I much prefer to be proactive.  I want to build faith to such a strength that crises will be less common, to create conditions under which such brushfires will be much more difficult to kindle.  Back to the sports metaphor:  If the defense is always out on the field, it may be able to keep the opposing team from scoring.  But if the offense doesn’t eventually come out to play, the prospects of victory will be very low.  A single error by the defense, simple growing weariness, one moment of inattention or poor execution, will be enough to lose the game.

One way that I choose to be proactive is to suggest a basic packet of books that I would like as many Latter-day Saints to read as possible, a set that I especially wish faltering members to be familiar with. I offer a few nominations here:

Richard Lloyd Anderson, Investigating the Book of Mormon Witnesses (Salt Lake City: Deseret Book, 1981).  I was once, I confess, sitting at the back of a rather unexciting church class, rereading Investigating the Book of Mormon Witnesses, when an academic colleague of mine from BYU sat down beside me. He looked over at what I had been reading.  “Next to the scriptures,” he commented, “that’s the most faith-promoting book I’ve ever read.”

I’m inclined to agree with him. Richard Anderson, who earned a law degree from Harvard before receiving a doctorate in ancient history from the University of California at Berkeley, is one of the finest scholars the church has ever produced.  In this book, he subjects the Book of Mormon witnesses to meticulous examination.  They emerge from the process as sane, lucid, honest, reliable men—a fact of perfectly enormous importance because of the way their testimony directly corroborates central claims of Joseph Smith and Mormonism.

Brother Anderson has written many other very important articles on the witnesses—and on other relevant topics—since his book was published.  These are available online at the Maxwell Institute website, including but not limited to “Attempts to Redefine the Experience of the Eight Witnesses,” Journal of Book of Mormon Studies 14/1 (2005): 18–31; “Personal Writings of the Book of Mormon Witnesses,” in Book of Mormon Authorship Revisited: The Evidence for Ancient Origins, ed. Noel B. Reynolds (Provo, UT: FARMS, 1997), 39–60; and “The Credibility of the Book of the Mormon Translators,” in Book of Mormon Authorship: New Light on Ancient Origins, ed. Noel B. Reynolds and Charles D. Tate (Provo, UT: BYU Religious Studies Center, 1982), 213–37.  But Investigating the Book of Mormon Witnesses remains, I think, the place to start on this vital subject.

John W. Welch, ed., Opening the Heavens: Accounts of Divine Manifestations, 1820–1844 (Provo, UT: Brigham Young University Press, 2005).  In this book, the prolific polymath John W. Welch has assembled an impressive collection of original documents relating to six foundational topics in Mormon history: (1) the first vision, (2) the coming forth of the Book of Mormon, (3) the restoration of the priesthood, (4) Joseph Smith’s visionary experiences generally, (5) the restoration of temple keys, and (6) succession in the presidency (specifically the “transfiguration” of Brigham Young in Nauvoo).

Mark McConkie, ed., Remembering Joseph: Personal Recollections of Those Who Knew the Prophet Joseph Smith (Salt Lake City: Deseret Book, 2003).  Mark McConkie, a professor in the School of Public Affairs at the University of Colorado at Colorado Springs, has created a vast treasury in this book and in the accompanying bonus CD of intimate views of the Prophet Joseph Smith.  The sheer volume of material is deeply impressive. (The CD includes 2,000 pages of primary-source testimonials. The book alone includes statements from many scores of Joseph Smith’s contemporaries.)  Most of the accounts included—from Joseph’s family, friends, and acquaintances, and even from his enemies—have never been published before or are, practically speaking, inaccessible to ordinary people.  But they’re very much worth the time.  Joseph Smith, as described by those who knew him, comes across as an honest, good, and sincere man.  And once again, because of the nature of his claims, that’s something very important to know and understand.

Grant Hardy, Understanding the Book of Mormon: A Reader’s Guide (New York: Oxford University Press, 2010).  This is a somewhat more difficult book than the others I’ve recommended above, but, in my opinion, it’s a book that will abundantly reward the effort invested in it.

Grant Hardy, who holds an undergraduate degree from Brigham Young University in classical Greek and a PhD from Yale University in Chinese history, has published impressively on the history of historical writing from his perch at the University of North Carolina at Asheville, where he’s served as the chairman of the History Department.

In Understanding the Book of Mormon, he turns his highly trained eye on the historical writings of Nephi, Mormon, and Moroni, treating them as distinct personalities with very different approaches to their material.  Although he himself is an active and committed member of the Church of Jesus Christ of Latter-day Saints, for the purposes of this study he “brackets” the question of whether or not they were real individuals.  Nevertheless, the extraordinarily fruitful results of his study demonstrate that the writings of Nephi, Mormon, and Moroni are indeed quite distinct—and by far the most reasonable explanation for this, in my opinion, is that they represent three real, historically different men.

I believe that serious and fair-minded engagement with the four books I’ve recommended is virtually certain to strengthen faith in readers who’re even slightly open to the possibility that Mormonism is true.  Mark McConkie’s compilation will build confidence in the character of Joseph Smith.  Richard Anderson’s book and John Welch’s anthology provide powerful corroboration of Joseph’s claims to revelation.  Grant Hardy’s book demonstrates, at least in one area, how very complex, rich, and internally consistent the Book of Mormon is.

When people contact me with doubts and problems, I don’t want merely to try to allay their concerns.  I want to build their faith so that their areas of uncertainty will shrink relative to their areas of confidence. These books—and, of course, there are others—are well suited to do just that.

Years ago, my friend Louis Midgley alerted me to an anecdote that the eminent Protestant church historian Martin Marty once used to make a point about Mormonism: The famous 18th-century French hostess Marie de Vichy-Chamrond, the Marquise du Deffand, friend of Voltaire and other leading intellectuals of her day, was conversing with Cardinal de Polignac. He told her that the martyr St. Denis, first Christian bishop of Paris, had taken up his head and walked a hundred miles after his execution. Madame du Deffand replied, “In such a promenade, it is the first step that is difficult.” She meant, of course, that it’s not the claim that St. Denis walked a hundred miles that poses a difficulty. Maybe he really walked only 99 miles. Or perhaps he walked a hundred and two. Such differences mean little. The fundamental question is whether, after his beheading, he walked at all. If that essential point has been granted, the rest is merely a footnote.

Similarly for the foundational events of the Restoration.  If we’re confident about them, the rest of the narrative follows pretty easily thereafter.

Excellent suggestions. I’m surprised you didn’t include “Since Cumorah” by Hugh Nibley.