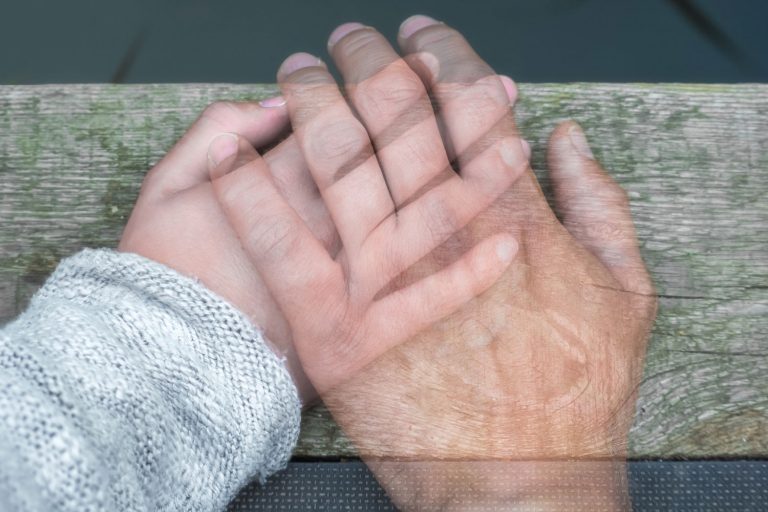 The last couple of weeks have been challenging for me. I lost my mother. She was ninety-six. I had watched her health decline and felt I was prepared for the inevitable, but when it came, I wasn’t as prepared as I thought.

Mom has been in an assisted living center for the last year and a half. My wife, Donna, and I live close by, so we have been the ones to take her to doctor appointments, to the library, and many other places. As we could see that her time here was coming to an end, we thought we should inform my siblings. But Mom didn’t want to feel weak and told me I couldn’t. I respected her request but still tried to drop hints to them to help them prepare.

One day, Donna suggested we have a zoom meeting and invite all of Mom’s descendants. That is eight living children plus spouses, fifty-six grandchildren, and more than ninety great-grandchildren. Mom liked the idea. We set it for a Sunday evening, and I informed everyone.

But Sunday morning, Mom suddenly started having real problems. Donna and I each received a phone call and rushed there from our different meetings. Mom wasn’t doing well, and I didn’t think the zoom call was going to happen. But when I started talking about it, things changed. I don’t know if it was adrenaline or what the nurse called a final rally, but she perked up and soon asked if I was going to get it on her tv for her.

“But don’t you need to test it or something?” she asked.

To alleviate her concerns, I connected her tv, and we stared at the picture of our connection for the next two hours. Then people started to connect. There were only a few at first, but soon there were dozens. Mom was so animated I could hardly believe it. She hadn’t shown that much energy in months. The call went a long time, far longer than I thought she would have energy for.

When she finished, she was exhausted. She wanted us to eat dinner with her, and we did. By the time dinner was over, she hardly had the strength to sit in her wheelchair. When an aide was helping her into bed, Mom said she didn’t think she would be getting up again; and she didn’t.

The next morning, she was unresponsive. She didn’t want to be alone as she left this life, so we both stayed much of the day. My daughter and I stayed all night while Donna went home to take care of our grandchildren. Donna joined us the next morning, and it wasn’t long before Mom left us to join my dad and brothers who had gone before.

I felt like I was in a daze for a couple of days. My siblings came and helped take care of things that needed to be done. I finally started to feel like my mind was clearing and was even able to share humorous stories of Mom at the funeral as she had requested. But what touched me most was listening to the young children trying to understand what was happening and expressing their love and thoughts.

One small niece asked her older sister, “Where is Grandma? Momma said we were coming to see her.”

“Grandma has gone to live with Grandpa,” the older sister replied.

“Why didn’t he just come here and live with Grandma?” the first child asked.

“Because God wanted them both to live with him,” the older girl said.

“When is he going to give them back?” the younger girl asked.

“Not for a long time,” the older girl answered.

“I don’t think that is very nice,” the younger girl said. “I think he should give them back now.”

When we got to the cemetery, one small boy asked who all the flowers were for. His older sister said, “They are for Grandma.”

“But she is gone,” the little boy said. “How will she get them?”

The older girl pointed at the sky. “After everyone leaves, angels will come and take them to her in heaven so she will know we love her.”

I smiled. Sometimes children say it better than anyone else.