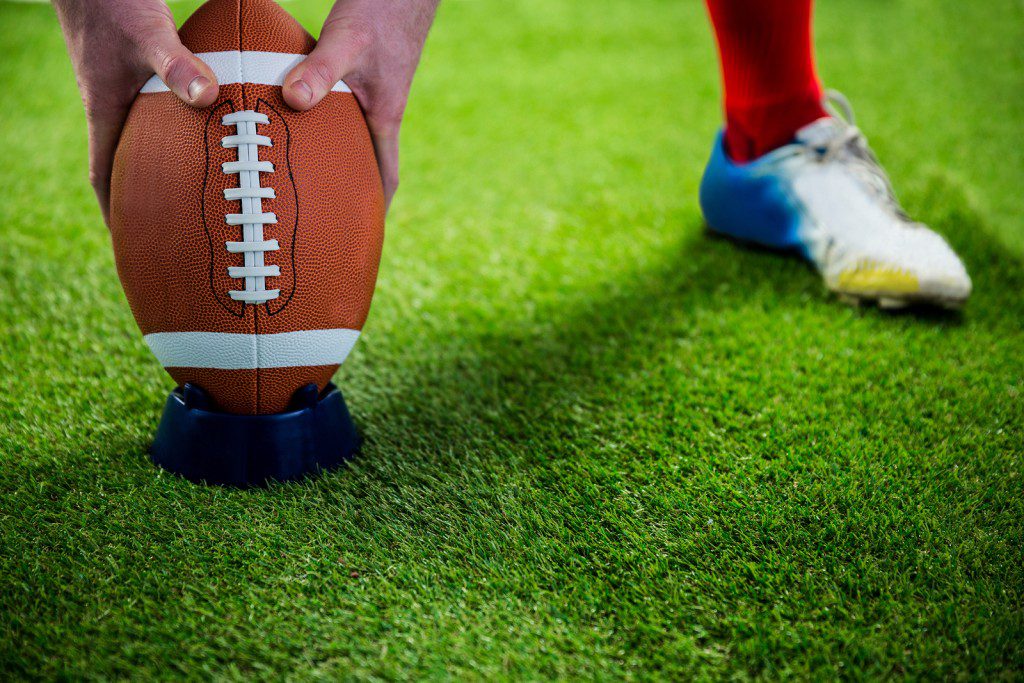 David, an old high school friend, recently sat by me at a football game. After we watched the opening kickoff, he turned to me and asked, “How did you end up becoming the kick-off person for our high school team? That seems unusual for one of our linemen.”

I smiled as I remembered Tim, our kick-off man. He would often yell over to us, “Hey, any of you losers want to challenge me in kicking the football?”

Tim knew he was good, and he loved to show off, humiliating anyone who would take his challenge. Some of the backs tried, but their kicks never even made it to the twenty-yard line. Tim’s, on the other hand, always dropped at about the one.

The back coach stormed over, shaking a finger at Tim. “You quit bugging my players. They have a job to do, and it isn’t kicking the ball.”

Tim laughed. “Especially since they aren’t that good at it, huh?”

The back coach frowned as he herded his young men back to their assignments. As much as Tim mocked the backs, he liked to mock us linemen even more.

Soon he came trotting over to where we were smashing the tackling dummies. “Hey, any of you guys want to challenge me and see how far you can kick the ball?”

Our line coach, Coach B, yelled, “Get lost! They have more important things to do!”

“Like pound themselves against a bunch of tackle dummies?” Tim asked. “Sometimes it’s hard to know which ones the dummies are.”

As Tim headed back to his kicking practice, Coach B mumbled, “I feel like showing him who the dummy is.”

Our head coach, Coach M, put his hand on Coach B’s shoulder. “Just ignore him. We need him. He’s one of the best kickers in the state.”

“And, unfortunately, he knows it,” Coach B replied.

The game day came, and we arrived early to warm up. After a few calisthenics, Coach B looked for a football to use in some fumble drills. Not finding one, he turned to me. “Howard, run down to the end of the field and get us a football.”

I ran all the way and grabbed one out of the bag. When I turned back around, some of the guys started yelling for me to throw it to them. Instead, I kicked it. It not only sailed the full distance to them, but went a good thirty yards beyond. Coach B just stood staring at me as I ran back to the warm up.

“Did you actually kick that from clear down in the end zone?” he asked.

He’d seen me do it, so I wasn’t sure why he asked. I just shrugged and nodded.

“How did you learn to kick like that?” he asked.

“I don’t know,” I replied. “I guess it comes from kicking a ball out in the pasture while I herd cows.”

Suddenly, a sly smile crept across his face. “Do you think you could kick that way from a T?”

Coach B sent me over to where Tim was still mocking and challenging people. Coach B, meanwhile, went to “casually” make sure Coach M was watching.

Tim smiled when I accepted his challenge, and said, “Let me show you how it’s done.”

He put the ball on the T, backed his steps off, ran up, and kicked it. The ball sailed through the air dropping a yard short of the goal line.

He continued to grin as I placed the ball on the T. I backed up, measuring my steps like I had many times at home, then ran and kicked the ball. It sailed through the air, barely under the cross bar on the goal posts, hit beyond the end of the end zone, and bounced over the fence at the edge of the field.

Suddenly, Coach B and Coach M were there. “Who in the world kicked that ball?” Coach M asked. Tim stood in shock as those standing nearby pointed at me. “Well, Howard,” Coach M said, “I think our team has a new kicker.”

As David waited for me to answer how I became the kicker, I just shrugged. “Just luck, I guess.”

No matter how good you are, there is always someone who is better. "Pride goeth before the fall."

Great memory. I have often thought that sports taught me things that I wouldn't have learned otherwise. I don't remember the scores or details of any of the games I played in high school or at BYU. But I do remember many person to person moments that taught me something about my weaknesses and opportunities for strengths. Thanks for sharing a personal moment.