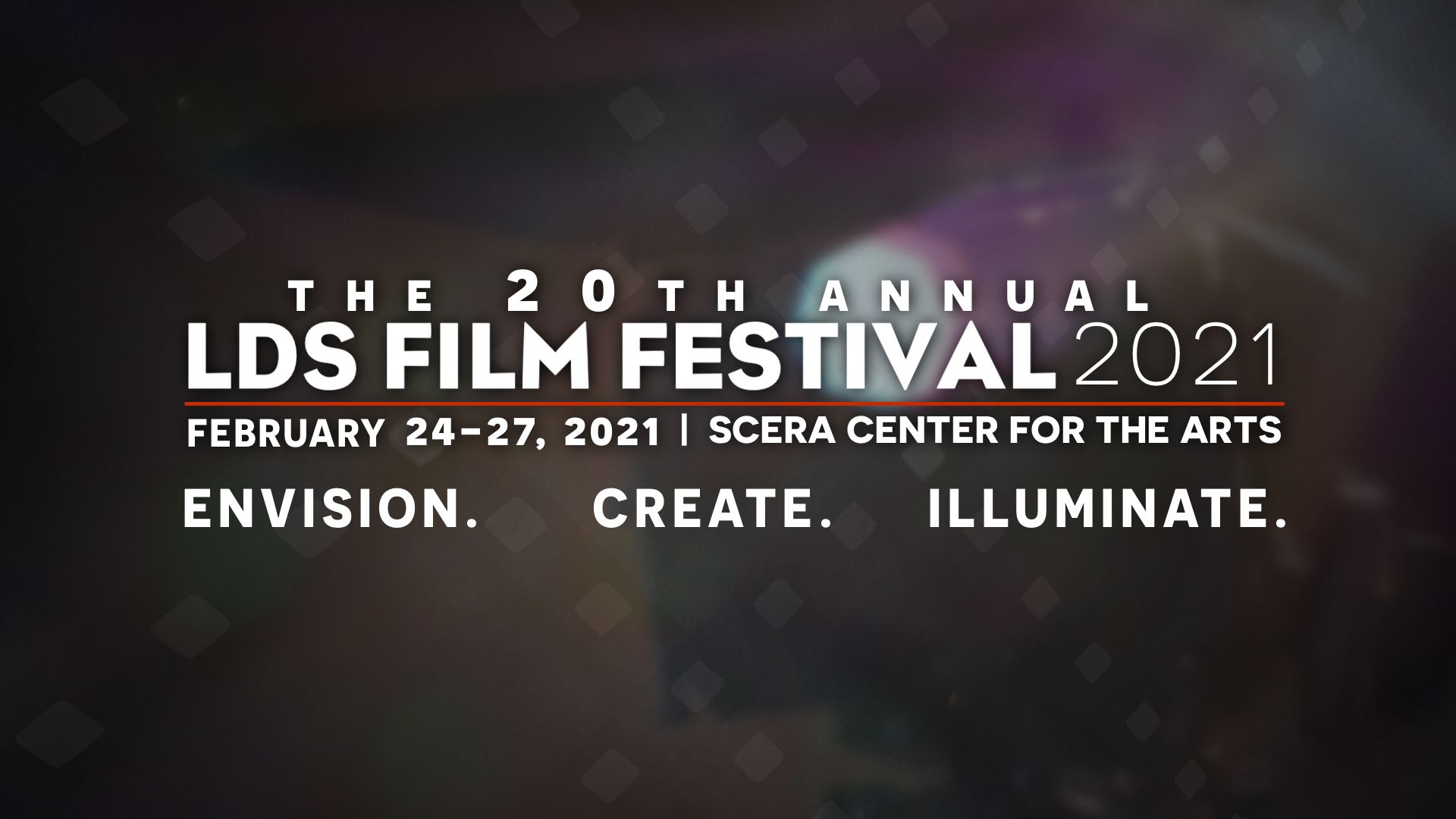 The 20th annual LDS Film Festival happens this week with a full line-up of films for a four-day program celebrating the art of cinema. Event organizers are taking what they learned from COVID-19 safety guidelines to host an in-person festival at the Scera Center for the Arts in Orem, UT on Wednesday, February 24th – Saturday, February 27th. Passes and tickets are available online at ldsfilmfest.com

LDS Film Director Kels Goodman said, “The festival allows a place for good films to be shown that need to be seen and showcases movies that help Latter-day Saints to meet that need and desire for good entertainment that explores the human spirit.

“While the pandemic stopped or delayed many productions in 2020, there were still filmmakers that put in the extra safety protocol and pivots to find ways to complete their film productions and the festival is excited to celebrate their work,” stated Goodman said. The festival is following all health and safety guidelines, including significantly reduced capacities, social distancing, hand sanitizing and mandatory mask-wearing. Goodman added, “We’re asking those attending to follow the rules of public safety they have learned over the past year.”

Since 2001, the LDS Film Festival has promoted cinema as a means of conversation and perspective that often touches the heart and opens the mind. Over the two-decades of programming, the films selected and presented by the festival have covered a wide range of trending topics, “feel good” films that uplift and inspire, as well as fun films with the simple intent to entertain and provide a much-needed laugh.

The festival kicks off opening night with a special screening of the highly anticipated film, “WITNESSES” (releasing Summer 2021). Brandon Purdie, president and founder of Purdie Distribution stated, “Witnesses is the most significant and ambitious film dealing with the early history of the Church and the translation of the Book of Mormon to ever be released on the big screen and we are excited to be opening the 20th Anniversary of the festival.”

Also showing at the festival will be a new documentary from Sarah Hinze, Remembering Heaven which is an in-depth look at pre-birth experiences and Heart of Africa 2—Companions from the same team that brought us Heart of Africa last year just before COVID closed down theaters. Watch for articles on Meridian this week from the creators of both films.

The full line-up of films for 2021 offers over a dozen dedicated screening blocks, over 50 viewing hours and 40 films in multiple categories including: feature films, feature documentary, short film programs, short documentary programs, music video category, along with a high- performance awards show to end the festival. Filmmaker Q&A sessions after the screenings are another highlight festival goers will enjoy.

“There is a rich history and a vibrant community of filmmakers that participate in the festival each year, we have been working for months planning a very special 20th anniversary. The festival provides a place to showcase the best films by new and emerging filmmakers, as well as our industry’s most talented directors, producers, and actors,” shared Michelle Moore, co-organizer of the festival.

In addition to screenings of classic LDS films and the films in competition, the LDS Film Festival will also showcase a Filmmaking Presentation Series featuring workshops, panels and insightful sessions with producers, filmmakers, actors and film distributors as they take you behind what you see on the screen.

Saturday’s awards show will include the presentation of the LDS Entertainment Lifetime Achievement Award to filmmaker Lyman Dayton.  “We are very excited this year to honor Lyman Dayton, his contributions to cinema as an LDS filmmaker paved the way for the many that followed and produced many memorable films the whole family can enjoy together” said Goodman.

Building on the success of the last 20 years the LDS Film Festival continues to journey ahead with new films, future expansion and a vision to continue showcasing the best in LDS and faith-based family cinema. Moore added “With many changes in distribution methods and consumer consumption options the industry is changing and with that change comes a direct pivot to new growth and future opportunities”

For more information on the LDS Film Festival visit ldsfilmfest.com.