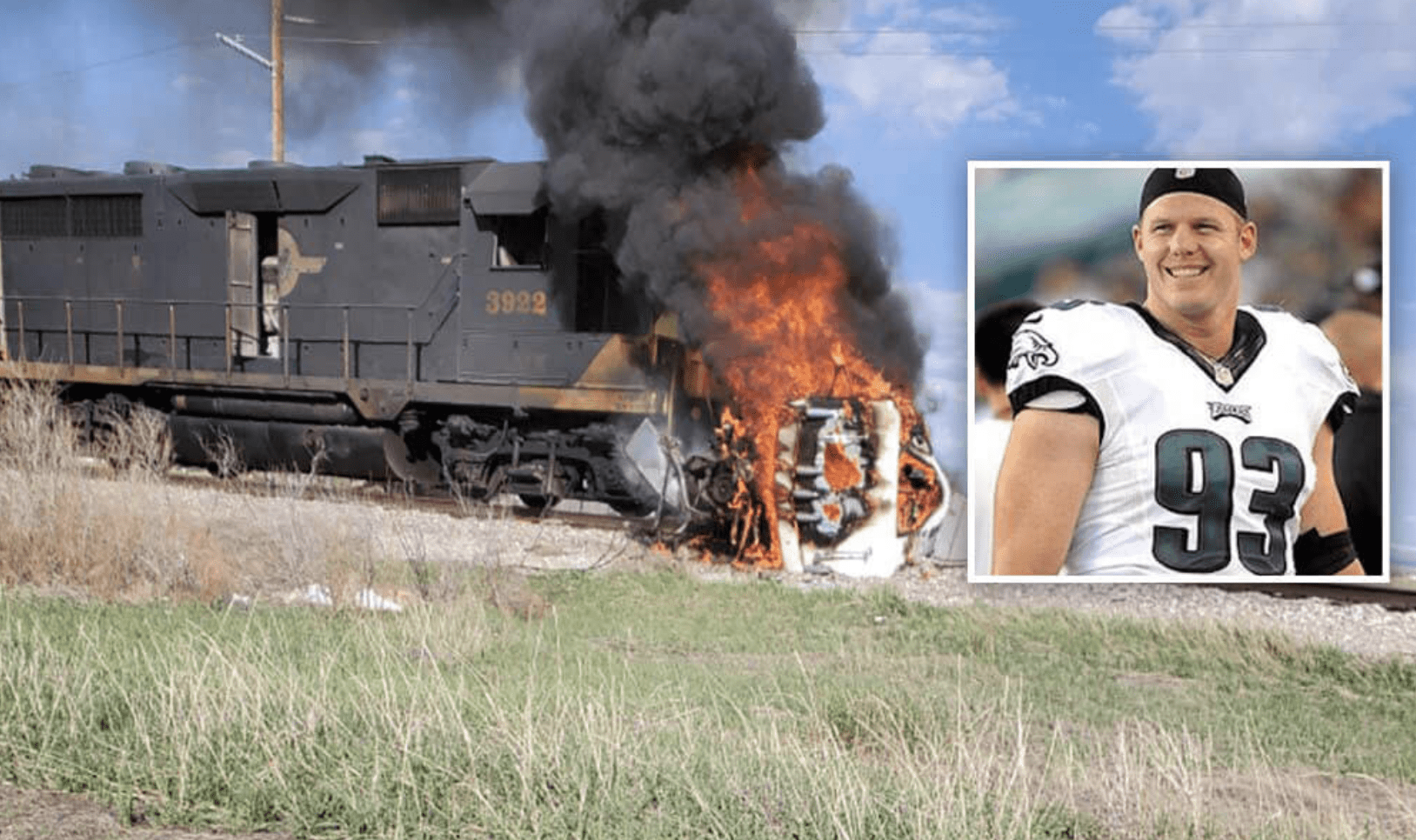 The following is excerpted from the East Idaho News. To read the full article, CLICK HERE.

It happened so fast.

The train. The semi-truck. The crash. The fire. The man trapped and unable to move.

Brandon Bair recalls every detail of a routine Thursday night that led to him saving the life of 25-year-old Steven Jenson seconds before Jenson could have burned to death.

Bair’s name may sound familiar. The 36-year-old South Fremont High School graduate played in the NFL for the Oakland Raiders, Kansas City Chiefs and Philadelphia Eagles before retiring in 2016. He now lives in St. Anthony with his wife and four daughters and is the general manager of Henry’s Fork Homes.

“I was on Highway 20 driving to my business when I saw the train hit the truck. There was an explosion right away, and the train was pushing the truck down the tracks,” Bair tells EastIdahoNews.com. “I got on the phone with 911 and started driving down the median to get to the front of the train when it stopped.”

The crash happened around 5:45 p.m. on East 400 North near North 2300 East in St. Anthony. The train struck the semi on the passenger side, and Jenson was pinned inside the driver’s seat, unable to move.

Bair ran across the highway as the conductors were getting out of the train. Smoke filled the air, and flames covered the front of the train and the semi.

“The conductors clearly couldn’t breathe because of all the smoke in the cab,” Bair recalls. “They warned me not to go near the truck because it was up in flames.”

Bair heard a voice from inside the cab and knew he had to act fast. His family flashed through his mind as he realized he was putting his life on the line.