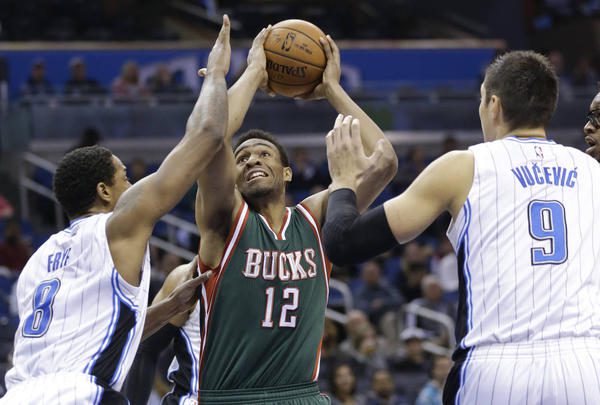 “The Book of Mormon” musical is no longer winning Tonys, and Mitt Romney has stopped running for president (or so he insists).

Yet, two years after Newsweek dubbed it the so-called “Mormon Moment,” members of The Church of Jesus Christ of Latter-day Saints are once again in the news. But this time, it’s black Latter-day Saints leading the way.

Earlier this month, in the sweep of Republican victories, Mormon Mia Love became the first black female Republican ever elected to Congress. “Many of the naysayers out there said that Utah would never elect a black Republican LDS woman to Congress,” the 38-year-old Love said in her victory speech. “Not only did we do it, we were the first to do it.”

On the same night, the Milwaukee Bucks’ rookie small forward, Jabari Parker — a Chicago native and lifelong Latter-day Saint — became the first teenager in NBA history to get double-doubles in two of his first three games. Perhaps equally of interest to Latter-day Saints is that during general conference this year, President Thomas S. Monson quoted Jabari recalling his dad’s advice: “Just be the same person you are in the dark that you are in the light.”

And then there’s Ziggy Ansah. Born in Ghana, Ansah played soccer and basketball growing up. He never once witnessed American football. After converting to the church, he entered its flagship school, Brigham Young University. While there he underwent yet another conversion — this time from basketball to football. After only two and a half seasons, Ansah was picked No. 5 overall in the NFL draft. Since then, not only has the 25-year-old stood out on the field, being voted the Mel Farr Rookie of the Year by the Detroit Lions, but he’s alsodisplayed empathy off the field.

The rise of Love, Parker and Ansah has occurred while Gladys Knight — Mormonism’s most famous black convert — is yet again climbing the Billboard charts. Right now she’s enjoying her tenth week on the chart for Top Gospel Albums. Her latest record, “Where My Heart Belongs,” was released via the Mormon-label, Shadow Mountain.