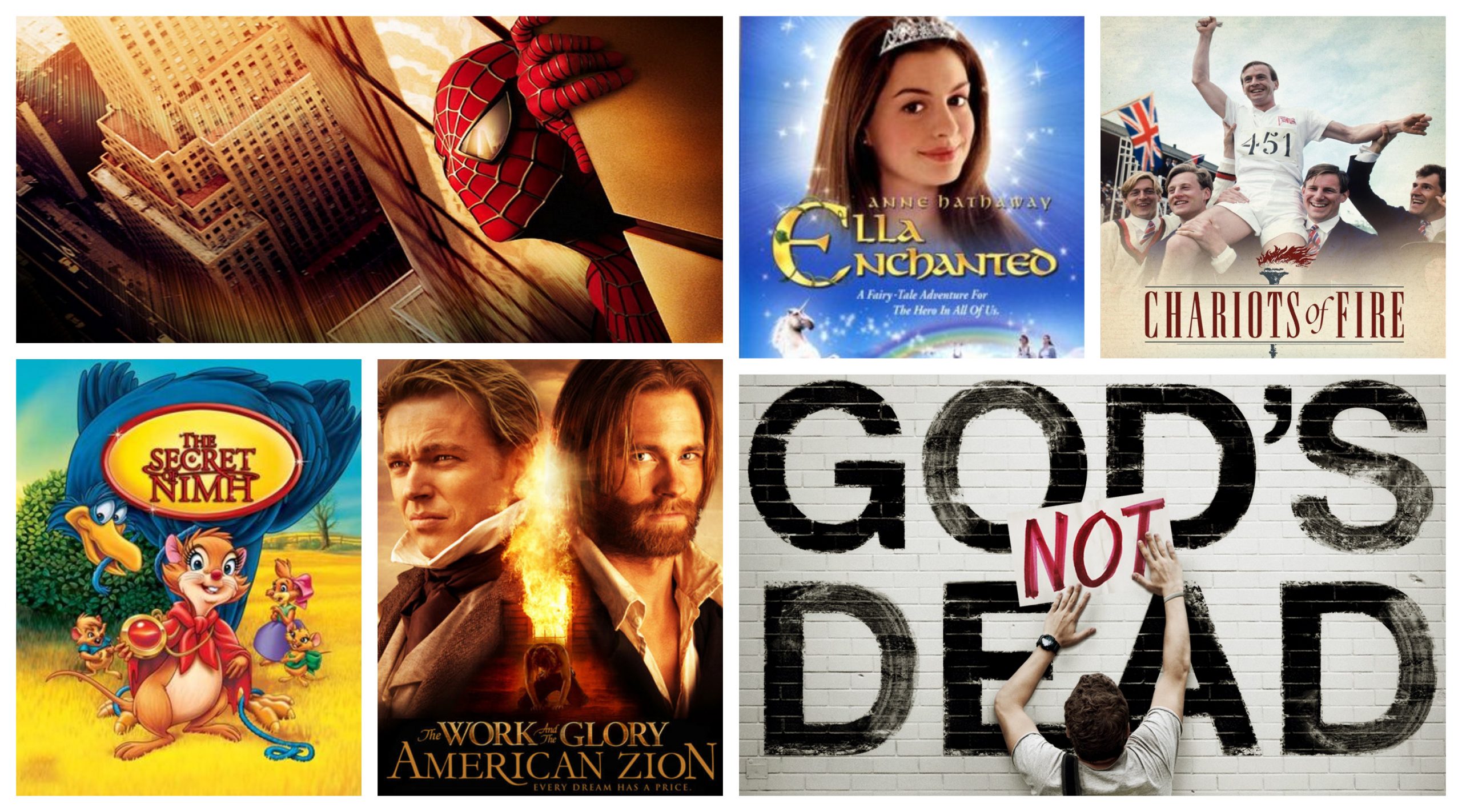 Quarantined indoors? After conference, there’s great, uplifting films to stream at home! I’m Jonathan Decker, family therapist and film critic, and I’m here to help you find the good stuff. For more curated picks and discussion guides for movies, follow me on Facebook.

The Work and the Glory: American Zion, the second film adapted from Gerald Lund’s bestselling novel series, finds its home on Living Scriptures on the heels of the first. In my view, the most gripping, dramatically-satisfying entry in the trilogy focuses on the Missouri persecutions. Stream it on Living Scriptures or rent/buy it here.

Frankenweenie, the stop-motion animation love-letter to B-movies of the 50’s from director Tim Burton, arrives on Disney Plus this week. Spooky fun for the whole family. Stream it on Disney+ or rent/buy it here.

God’s Not Dead, the hit Christian film in which a believing college student challenges his aggressively secular professor, is now available on Netflix. As is the sequel. Stream it on Netflix or rent/buy it here.

Penelope, a PG-rated romance with Christina Ricci and James McAvoy, is a lovely, witty fable about a young woman cursed with a pig’s nose and the musician who falls in love with her anyway. Underrated gem.

Little Women, the charming 1994 version with Winona Ryder, Susan Sarandon, Kirsten Dunst, and Christian Bale, is ready to give you the warm fuzzies. Stream it on Crackle or rent/buy it here.

The Secret of Nimh, the classic animated adventure from director Don Bluth (An American Tale, Anastasia) is now on TubiTv. Thrillingly original, but perhaps a tad too intense for the littles. Great for older kids. Stream it on TubiTV or rent/buy it here.

Ella Enchanted. Anne Hathaway charms in this wholesome Cinderella-with-a-twist story, as a young orphan cursed to obey every command given her. With Cary Elwes (The Princess Bride). Stream it free on Vudu.

Chariots of Fire. Best Picture winner tells the true story of two Olympic runners, one a devout Christian, the other a devout Jew, and how their faiths shaped their approach to life and athletics. Fantastic film. Rent or buy it here.

NiceGuys’ First Strike. This action-comedy, produced for my high school’s Latter-day Saint seminary in 1999, is a love-letter to chivalry, respecting women, honoring priesthood and… Jackie Chan movies? You have to see it to believe it. This is full-on 90’s cheese. Stay for the outtakes and botched stunts.