Should Your Religion Disqualify you for Office? Senate Rejects a Religious Test in Confirming New Judge | Meridian Magazine 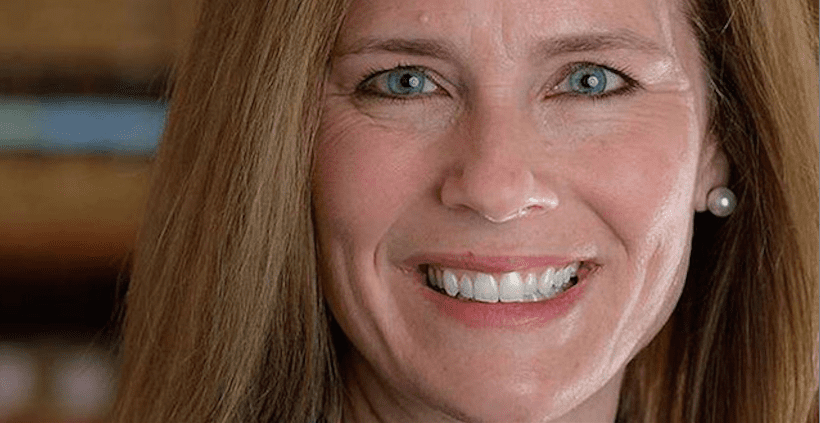 Should Your Religion Disqualify you for Office? Senate Rejects a Religious Test in Confirming New Judge

The Senate has sent Amy Coney Barrett to a lifetime post on the Seventh Circuit Court of Appeals by a vote of 55-43 despite a full-scale attack based on her religion during the confirmation process.

Central to our free nation is that there is not a religious test for office and that someone cannot be disqualified for a position based on her religious affiliation and the beliefs that may, therefore, inform her outlook.

During the confirmation hearings, “Senator Dianne Feinstein (D-Calif.), who could barely contain her disdain for the Notre Dame professor, launched a full-scale attack on the mom of seven – not because of her resume (which is impeccable) or her qualifications (which 73 law professors endorse) — but because of her Catholicism.

“Insisting her beliefs somehow disqualified her for the job (a violation of the Constitution and basic Americanism), Feinstein and Senate liberal Dick Durbin engaged in outright character assassination. In the end, they didn’t succeed — not in stopping Barrett’s confirmation and certainly not in persuading the American people, most of whom were horrified that the party would use the same religious litmus test attempted on JFK 60 years ago.

“’If I should lose on the real issues in the presidential race,’ Kennedy said at the time, ‘I shall return to my seat in the Senate satisfied that I tried my best and was fairly judged. But if this election is decided on the basis that 40 million Americans lost their chance of being president on the day they were baptized, then it is the whole of the nation that is the loser in the eyes of Catholics and non-Catholics around the world, in the eyes of history and in the eyes of our own people.”

Senator James Lankford (R-Okla.) harkened back to the 35th president, asking his radical colleagues, “What’s so dangerous, quite frankly, about her Catholic faith and Christian beliefs? Of her being a judge? Are people afraid that she will actually live out what the book of Proverb says: ‘To speak up for those who cannot speak for themselves, speak for the rights for all who are destitute, speak up and judge fairly, defend the rights of the poor and the needy.’ Is that [what] everyone is afraid [of] — that she will live out that biblical principle?”

Dogma Lives Loudly within You

But Feinstein said during the hearings, “When you read your speeches, the conclusion one draws is that the dogma lives loudly within you. And that’s of concern when you come to big issues that large numbers of people have fought for for years in this country,”

National Review noted, “Feinstein is clearly hinting here at the Supreme Court decision in Roe v. Wade, a ruling that Feinstein supports so vociferously that she has called it a ‘super-precedent.’

The magazine also noted, “Senate minority whip Dick Durbin criticized Barrett’s use of the term ‘orthodox Catholic,’ insisting that it unfairly maligns Catholics who do not hold certain positions about abortion or the death penalty. (Durbin himself is a Catholic who abandoned his previous pro-life position.) ‘Do you consider yourself an orthodox Catholic?’ he later asked Barrett point blank.”

As for now, there are no signs that say “No Catholics need apply”nor that “No Mormons need apply” for judgeships, but that this was brought up as an issue for discussion in a judge’s confirmation should give every religious person pause and concern.

The political party to which Feinstein and Durbin belong is becoming increasingly open about its hostility toward people of faith and toward traditional religion. Other members of that party have filed or supported lawsuits against BYU and against other schools that seek to uphold a moral standard for on-campus conduct. In addition, look at the lawsuits involving religious freedom in which the Church has filed amicus briefs--our opponents in those lawsuits all belong to Feinstein and Durbin's party.

The honorable J Clifford Wallace served for many years with distinction as chief judge for the 9th Circuit, the most liberal circuit in the US. He was on the short list for a Supreme Court appointment more than once. Though he might have had difficulty even being confirmed to the 9th Circuit in today's political climate, he certainly distinguished himself as a respected member of the 9th Circuit and thoughtful jurist by those of both sides of the political spectrum regardless of his religious beliefs. He continues to serve today a a Senior Judge.